Neuroaesthetics—an emerging discipline of neuroscience—focuses on the biological bases of aesthetic experiences. One branch of neuroaesthetics focuses on the neurological processes that occur while participating in dance, whether as an audience member or as the dancer. Since the beginning of recorded time, many human species have depicted dance-like rhythmic movements in written language, oral stories, or pictographs. A staple form of art in various cultures, dance offers a vehicle to express emotions while reinforcing communal cohesiveness and stability [1]. More post-modern performances have spectators sit in front of a stage filled with bodies and music that our brains process simultaneously. What continues to boggle minds about dance is how these specific body parts moving throughout space can evoke a variety of emotions from the spectators watching the art unfold.

Movement, rhythm, spatial pattern, synchronization, and coordination are only a few components of dance that dancers must continuously juggle during the performance. Yet focusing on the technique is only one of the many layers for this multifaceted discipline. As a sport, dance pushes the boundaries of what is humanly possible through movements such as thirty-two pirouettes en pointe—a set of consecutive turns that demands extreme focus and endurance.  As an art, whether they convey confusion or happiness or something else, the dance movements tell a story. These complex layers all fold into what we know as the experience of watching dance.

Unlike our heart, which is constantly beating, our brain at first seems like a more stationary organ. However, our brains are never off, especially when appreciating a dance performance. The art alters activity in the occipitotemporal cortex, the region of the brain where pictures meet processing [1]. Consequently, this region is one of the more studied cortices in dance neuroaesthetics. Other important areas of the brain are the premotor and motor cortices, which aid in muscle activation. Because the aesthetics of art is subjective, some experiments blend brain activation analysis with surveys of emotions felt while watching the performance.

Through dance movement analysis, researchers are studying the neuroaesthetics of dance to better understand how performances captivate both the dancers and spectators. This research could lead to future improvements in teaching dance during therapy and in technique classes. In this review article, we evaluate the significance of brain processing when watching dance performances. Overall, the past findings implicate a role for mirror neurons in art appreciation, highlight the variability between the dancer’s experience and the spectator’s experience, and set a strong grounding for future research in dance movement therapies and performances.

Mechanisms behind the Aesthetic:

Mirror neurons were discovered over twenty years ago in macaque monkeys [2]. They are cells that fire both when the monkey acted—eating a banana—and watched the same action—another monkey eating a banana [2]. Specifically, these neurons are found most in the monkey’s frontal and parietal cortices, with the former generally thought to be involved in emotional processing and judgement and the latter implicated in visual information processing. In an experiment, the same part of the two cortices lit up on scans when a monkey grasped air as well as when the monkey simply observed the experimenter executing the same grasping action [3]. Since this discovery, more recent evidence suggests that mirror systems activate both when watching and performing dance movements. Mirror systems are further explored through looking at the different subdivisions of the lateral occipitomotor cortex (LOTC) that process human body movement, object movement, and motion [1]. In Dr. Nota’s experiment, which will be discussed in further detail later, all three areas were activated both during visualization of the dance movements in first-person and watching the dance movements on tape, indicating that mirror neurons could potentially be at work [1]. Dancers were shown to have an enhanced cortical activity when watching the performance. In other words, dancers’ brains in mirror neuron regions are strengthened due to constant use when watching and learning dance movements. This is most probably due to the multimodal, cognitive, and emotional processes that overlay the body movements seen, which will, consequently, affect their aesthetic experience when watching and dancing [4].

The dance experience starts with the dancer. Depending on the piece and the choreographer, standard shows and concerts tend to have dancers on stage anywhere from three minutes to as long as three hours. Enlisting the help of ten amateur tango dancers, Dr. Brown and his colleagues at the University of Texas Health Science Center at San Antonio scanned their brains as they danced a repeated sequence of tango steps on an elevated board. Of note, activations seen in each of the movement tasks occurred in the primary motor and sensory cortices, premotor cortex, supplementary cortex, and somatotopic leg areas of the cerebellum. The findings suggest that many of the same brain areas are activated while dancing just as in elementary sensorimotor activities, such as walking and running [5]. Another earlier study completed by Dr. Calvo-Merino focused on motor skills – specifically how dancers’ brains are stimulated while watching a performance. Using fMRI, scientists took images of dancers’ brains to study differences in brain activity twice: once while watching a pre-learned dance sequence and another time while watching an unfamiliar dance sequence [6]. Results showed that the observer’s motor skills influenced the brain’s response to watching others perform specific actions. Ballet dancers had a greater increase in the classical motor areas—premotor, parietal, and superior temporal sulcus—when watching their own personal repertoire—the short ballet clip—than the short capoeira clip, a different dance style. The control group, who had no prior dance experience in either ballet or capoeira styles, had the same brain stimulation levels for both clips, further emphasizing the effects of how pretraining affects the activation intensity of the brain. The observation of movement may recruit more mirror neurons for those already trained in the dance style that they are viewing [6]. In 2016, Dr. Nota tracked brain activation over a period of 32 weeks in professional ballet dancers. Brain scans were taken four times. The first task was simply listening and watching a one-minute segment of dance. The second and third focused on visualization. The former had dancers visualize the learned choreography in first person to the same music, whereas the latter had the same dancers visualize unlearned choreography in first person to different music. The last motor task had dancers wiggle their toes when prompted by the screen. Their results indicated that the LOTC has the greatest activation when viewing the choreography, which emphasizes the prioritization of LOTC activation to motor execution of complex motor sequences relative to motor execution of the foot wiggles and motor imagery. As expected, greater LOTC activation happened when observing more complex ballet sequences [1].

Together, these findings could explain the universality of dance. In Dr. Brown’s study, the lack of music while performing the tango movements did not affect the motor cortices activated. Dr. Calvo-Merino not only highlighted the recruitment of mirror systems, but also emphasized how different skill sets affect the density of mirror neurons recruited. As expected, it is easier for a hip hop dancer to learn hip hop than ballet. The complex combination of bipedal motion patterns and metric musical entertainment is innate and has always been prevalent in primitive cultures [7].

Spectators, too, play a major role in the aesthetic experience of dance, although the non-dancer’s experience is not the same as the dancer’s experience. A larger, more comprehensive study was conducted more recently in 2012, where 104 non-dancers and 35 professional dancers watched ten clips of different dance forms. The dancers’ aesthetic opinions of the performance comprised of four independent dimensions: dynamism, exceptionality, affective evaluation, and excitement [8]. Non-dancers, on the other hand, focused only on the first three mentioned, indicating the slight discrepancy between the two aesthetic experiences. The “excitement” factor is described with adjectives such as “easy, erotic, exciting, and free,” which are all more personal feelings – ones that are more loaded by thinking in the dancer’s perspective. Comparing the two groups’ experiences highlights how non-dancers may watch a dance as a spectator, but dancers watch from both a spectator’s and a dancer’s perspective. Referring to the previous study done in 2005, dancers also had more mirror neurons recruited. Extrapolating from this idea, watching dance from multiple perspectives allows the dancer to use their proprioception and spatial awareness to further their aesthetic experience.

An earlier study in 2008 completed by Dr. Calvo-Merino had spectators watch videos of classical ballet movements that centralized around the four criteria of the aesthetic experience of dance: speed, part of the body involved, body location in space, and movement direction. After watching the clips, results showed that the right premotor cortex, a key area within the motor system, is also specifically activated when observing movements that spectators liked watching more. In addition, movements with higher scores included vertical displacements, and movements with lower scores involved minimal horizontal displacement [9]. Like in Dr. Nota’s study, spontaneous movements catch a human’s attention by changing the predicted trajectory of movement [1]. With these classical ballet clips, surprises seemed to stimulate the brain more. It is almost like driving home from work: the brain is on autopilot while driving and nothing grabs its attention until something unconventional is experienced, such as a loud truck horn. Spontaneity in dance was further researched in 2011, where there was a direct correlation between liking a movement and its performance difficulty [10]. This finding resonates with the fact that spectators routinely pay higher prices to watch outstanding physical contortions and skills of acrobats in Cirque du Soleil or slam-dunking basketball players in an NBA game. The appearance of an easy move is one of the many appeals to dance. The fact that the move seems to be so perfectly executed by the dancer enthralls the audience enough to want more [10]. This action-perception coupling highlights how the spectator finds dance more appealing when the move is harder.

How dance evokes an emotional response has only recently begun to be studied. The current research shows that the more one likes a movement, the more brain activation there is in the parietal and occipitotemporal cortices. Mirror neurons fire even when simply looking at another person complete a movement sequence. With the neuroaesthetics of dance in mind, further research may be done to create more effective movement therapies. Like how standing in a superman pose decreases anxiety levels, certain movements may stimulate the brain more than others. Therapists could take advantage of these movements and sprinkle them throughout the regimen for patients to maximize brain stimulation and promote healthy mental and emotional healing.

Though exciting to think about the future of medical therapy treatments, the creativity of dance must also be considered. Both a sport and an art, dance uses complex motor movements, conscious special processing, and continuous mental training for every piece performed. Identifying movements that cause a greater neural response in spectators’ brains jeopardize dances’ artistic values. As dancing becomes more popular, the field becomes more industrialized: it’s less about the emotions and more about how far the dancer can do the over-splits or how many turns one can do en pointe. Future performances could be tailored to what the audience wants to feel—almost like a mathematical formula for every possible emotion. Unfortunately, the creativity can be lost as the dance pieces homogenize to a specific standard set by science. In a world where creativity is the backbone to new artwork, future research may only make it harder for choreographers to think outside the box. 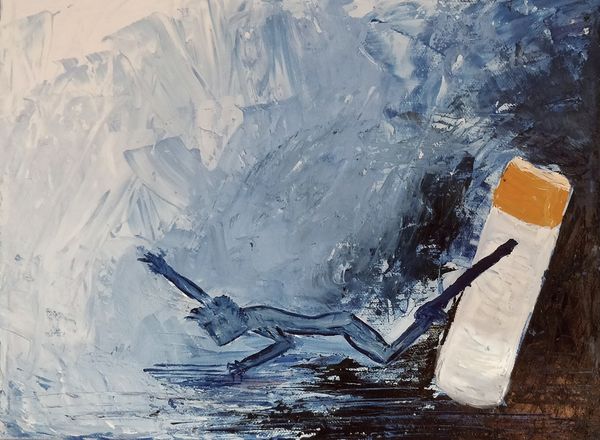 It is freshman year and you stand in the middle of a crowded Chi Upsilon Eta fraternity party. Music is pounding in your ears and drunken yells fill the air. 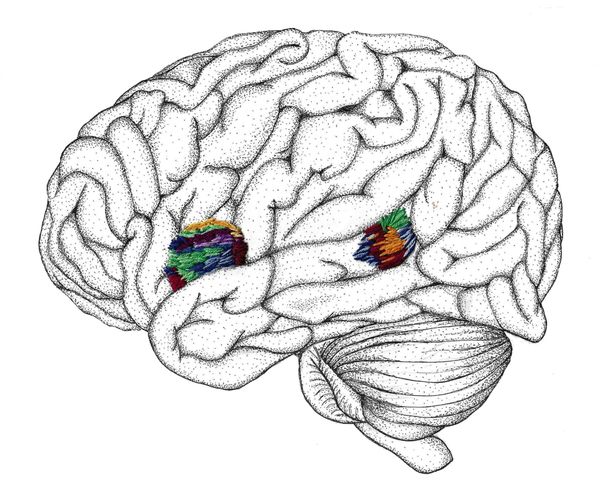 One of the most fundamental things separating humans from all other species on Earth is our ability to use language. While other living things may be able to communicate brief