With the holidays approaching, homes will soon be filled with foods to fit the season. The smells and tastes of traditional holiday cuisines have the power to conjure up memories of celebrations past – a fact that renowned chef Brian Voltaggio is well aware of, and showcased in this year’s Dialogues Between Neuroscience and Society presentation. In his talk and accompanying demonstration, Voltaggio discussed a chef’s view on using cooking as means of engaging the senses in unique ways to create and evoke memorable experiences.

Though the idea was sound, the chef will be the first to tell you that he’s not a neuroscientist, which was reflected in the talk. The ties to neuroscience were a bit foggy, and conversation was often directed toward fine dining and restaurant operation. What’s more, he really only mentioned eating for pleasure – a luxury when one considers the type of eating conditions under which brains are developed. Nevertheless, there was value in what he was trying to communicate: that the entirety of everyday life is intricately bound to the brain. Because this idea was the crux of the presentation’s argument, the rest of the article will focus on the times it was best put into practice.

Voltaggio opened by showing how he plays with the senses to allow people with specific dietary aversions, such as allergies, to enjoy foods they would otherwise pass up. During his demonstration four panelists withneuroscience backgrounds were brought out to discuss some of Voltaggios creations. In his first, he was able to use different ingredients to simulate the taste and texture of oysters without using shellfish. These “Mock Oysters” were created as a way to allow someone to enjoy a dish they would not normally be able to consume. In a similar vein, the chef has worked hard to transform ingredients people often find unattractive into delicacies by altering some aspect of their composition, such as texture, flavor, or presentation. In doing so, he has tapped into the nuances of how brains process the various inputs associated with eating (many of which are laid out in another Grey Matters post titled Food for Thought ).

He also capitalizes on memory’s association with the senses as a means of connecting people to pleasurable past experiences. To trigger memories of fall, for example, Chef Voltaggio prepared an assortment of autumnal mushrooms in a parchment paper bag. When opened, not only are diners exposed to the earthy smell of the mushrooms, they’re reminded of crackling leaves underfoot as the parchment paper crinkles to prime thoughts of foraging in fall. In another dish, he transformed a common comfort food, bagels and lox, into an extravagant form that almost in no way resembled its traditional preparation but preserved the characteristic elements of its taste, enhancing recall of any memories associated with this classic meal.

“The lavender is shocking!”

To finish off the meal, Chef Voltaggio had the idea of introducing a dessert that looked, in his words, like “nothing”. A host of ingredients were all made white (if they weren’t already) and presented in a manner that would give very few cues as to what flavors they might house. So, when panelists dug in and were greeted by tastes including vanilla, coconut, and lavender, they were quite surprised. In fact, panelist Barry Everitt, a memory researcher from the University of Cambridge, reacted by exclaiming “The lavender is shocking!” after digging in. It is known that memories of novel and surprising events are enhanced, so, whether consciously or not, the chef is again drawing on neuroscience to inform his cooking.

Although at this point Chef Voltaggio’s philosophies and work are not explicitly rooted in scientific practice, exploring the interplay between food and the brain provides an example of how disciplines traditionally thought of as being peripheral to science have the opportunity to take a place center stage.

Check back soon for more updates on fascinating neuroscience from the nation’s capital. 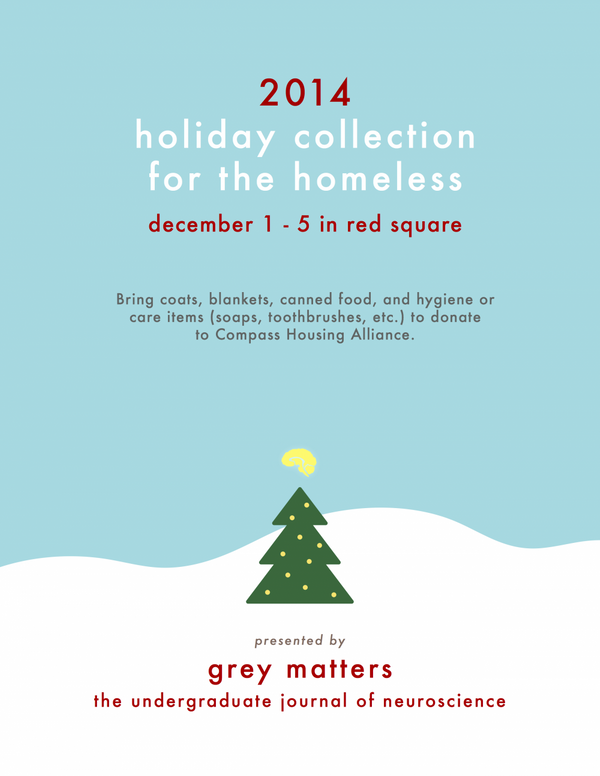 Donation collection: December 1st and the 3rd-5th from noon to 3:00 p.m. in Red Square. Look for the Grey Matters table. The time of winter is fast approaching, 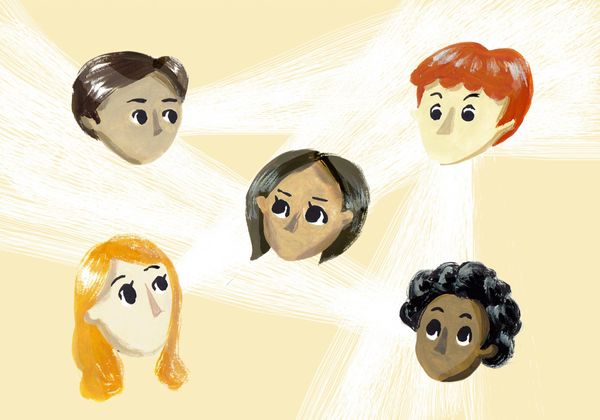