As modern medicine advances, the average life expectancy has been increasing, leading to the discovery of a plethora of diseases in the newest generation of the longest-living humans. Among these diseases is dementia.  The most common form of dementia, accounting for 70% of the diagnoses, is Alzheimer’s disease (AD), a neurodegenerative disease characterized by the accumulation of brain proteins that are misfolded or malformed, causing the proteins to lose their proper function [1]. Usually, when proteins are misfolded, a body’s cellular mechanisms are able to correct them.  However, in the case of AD, the body is unable to fix the misfolded proteins, so they are deposited as insoluble amyloid plaques and aggregate on the surface of the brain.  This causes symptoms such as memory loss, impaired reasoning, and changes in mood, which become more severe over time. There are three stages of dementia based on symptoms and severity: early asymptomatic disease, mild cognitive impairment, and overt dementia [1].

As the number of patients diagnosed with dementia increases, predicted to be an additional 7.7 million diagnoses every year, there is a high demand to find more treatments [1].  Currently, there are pharmacological treatments to help slow down the progression of the different forms of dementia, but there is no cure to stop and reverse the misfolding and aggregation of the amyloid plaques that cause AD. In addition to prescribed medication, families and caregivers are exploring non-medical treatments in order to minimize the neuropsychiatric symptoms, preserve memories, mobility, and patient contentment. Additionally, they aim to provide a treatment that is easy to administer in the patient’s home by loved ones or healthcare professionals. One such treatment is that of song: music therapy.

Alzheimer’s disease is characterized by its initial distribution of amyloid plaques on areas like the entorhinal cortex, hippocampus, and amygdala, which are areas of the brain responsible for functions like memory and emotions [2]. As the plaque distribution on the brain increases, patients with AD display symptoms which result in the inability to stay focused on the topic of a conversation.  As the disease progresses with time and accumulation of amyloid plaques, the individuals lack language fluency and finally, the ability to speak at all. A study conducted by Dr. Ayelet Dassa from Bar-Ilan University showed that music can be used to elicit conversations between patients. Six patients were exposed to songs that were popular in their geographical area during their teens and early twenties and were encouraged to sing along. Subsequently, researchers asked questions to the group in order to stimulate conversation. This eventually led to spontaneous conversations among patients regarding topics other than those brought up by the researcher. In fact, the songs stimulated memories and conversations associated with the patients’ richest memories from those times of their lives, particularly patriotic events, social gatherings, family members’ or their own homes, and musical experiences. They also related the music to their current situation, expressing their enjoyment in the singing, anticipation to sing more, and surprise that they were able to recount the lyrics of the song while singing. Singing together brought back positive emotions and a sense of togetherness and connection. This is notable, as the patients were able to concentrate and participate in conversations that they were unable to have without the music therapy [2]. In a separate study at the Mediterranean Institute of Cognitive Neurosciences, Daniele Schön found that in functional MRIs of neurologically normal women, there was more activation in their temporal lobes compared to the rest of the brain when they sang, rather than spoke, the assigned syllables. This is thought to be due to the complexity of the two dimensions of song: linguistic and melodic [3]. This finding may suggest that patients with AD are able to activate and further exercise the areas which are susceptible to or mildly impaired by amyloid plaque buildup in the brain, allowing the music and singing to spark memories and conversation.

The potential of music therapy to synchronize nonverbal information and motor functions has also been explored.  Aline Moussard from the University of Toronto studied how well patients with AD, compared to healthy individuals, can recall gestures by either using the mnemonic of music or a metronome, a device which regularly clicks at a set rate of beats per minute [4]. The group of AD patients and healthy adults were each separated into two groups who would be completing the gestures with music or metronome.  From there, they were further divided in each group, summing to a total of eight different subgroups in the study. All groups were exposed to the sequence of gestures and audio a total of three times. The first time, all groups were exposed to the gestures and their assigned audio, either music or metronome. The second time, four groups would watch the experimenter perform the gestures with the audio again while the other four groups would try to perform the gestures with the audio while watching the experimenter simultaneously.  For the last attempt, all test subjects would reproduce the gestures alone with their assigned audio, either music or metronome.

Overall, AD patients scored significantly lower than the healthy controls in all categories, except for the category of music and watching the experimenter twice then reproducing it independently.  When comparing AD patients in the four different subgroups, results showed that there is a correlation between music and learning of motor functions and gestures for patients with AD. After learning the sequence of gestures, the patients were asked to recall and perform them immediately. Immediate recall scores for AD patients showed that there is a significantly higher amount they were able to recall with the mnemonic of music, compared to metronome.  When they observed the experimenter produce the gestures twice, they were able to reproduce the movements with greater success. Use of music therapy can further be explored in order to teach these patients how to perform daily tasks which they may have forgotten how to perform, due to the severity and stage of the disease. The music was able to provide cues to the AD patients, integrating other parts of the brain and creating connections using multiple senses with auditory-motor memory, putting together sounds and motions.  There was not a significant difference between the immediate recall for the music and metronome groups of AD patients when comparing the individuals who simultaneously produced the gestures with the experimenter during the second exposure to the music [4]. This is potentially because when the patients watched the gestures being performed and did them simultaneously, they were not as focused on their movements therefore unable to retain the large amount of information.

As demonstrated by these studies, music therapy can be used to treat or activate more than just a patient’s sense of hearing. Performing different tasks simultaneously helps to correlate these tasks with the music, making it easier for the patients to learn and retain information, such as a sequence of motor skills.  In addition, when the patient is actively engaging with the music—either doing motor gestures or singing along—and concentrating on the tasks, the new stimulation, compared to passively listening to music, helps keep the patient more focused and invested in the music.

Unfortunately, thorough research on the use of music therapy to treat AD is difficult to conduct due to the age of the patients and the potential for other medical conditions to cause death or hospitalization during the course of the study. Larger sample sizes could help minimize the variability of response to treatment that is seen in the patients in these studies.  Ideally, studies should target the different stages of AD, in order to see which stage music therapy would most benefit. A lot of the data in these types of studies are subjective and involve commentary by the subjects and experimenter; experiments with more concrete data showing physiological changes due to music therapy would be informative. Researchers could collect more objective data, potentially with functional MRIs, to show brain activity throughout the process of music therapy. The most beneficial music should also be explored, whether that music is from a specific genre or a song that was popular during a certain timeframe of the patients’ lives.

While research is conducted to explain the physiological responses to music, home caregivers and family members should know how to use musical activities in order to minimize the neuropsychiatric symptoms of AD at home and in the community. This may help promote motor and communication skills. Despite not directly tackling the biggest symptom of memory loss, music therapy can minimize neuropsychiatric symptoms like depression, anxiety, and agitation. More research into music therapy needs to be conducted on patients with various other types of dementia, specifically the diseases that target areas of the brain which may be more responsive to music and music therapy.

As the medical field is gradually making advances on how to treat and cure all different forms of dementia, it would be in the patients’ best interest to find a minimally invasive treatment as well as one that would help the mental health of the patients and their care teams.  Much research has been done exploring the effect of music on the brain. Now that the field of medicine has been exposed to newer technologies, research should be conducted in order to implement this knowledge so music can be used more effectively as an additional treatment for dementia in decades to come. 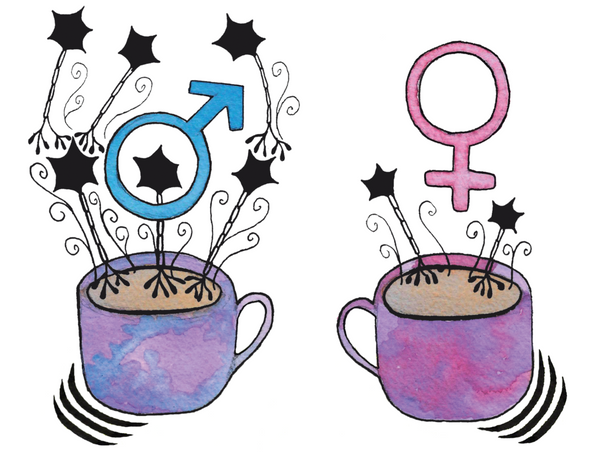 The adage “an apple a day keeps the doctor away” has possibly become a reality in the form of the most popularly consumed psychoactive drug, caffeine, in relation to Parkinson’ 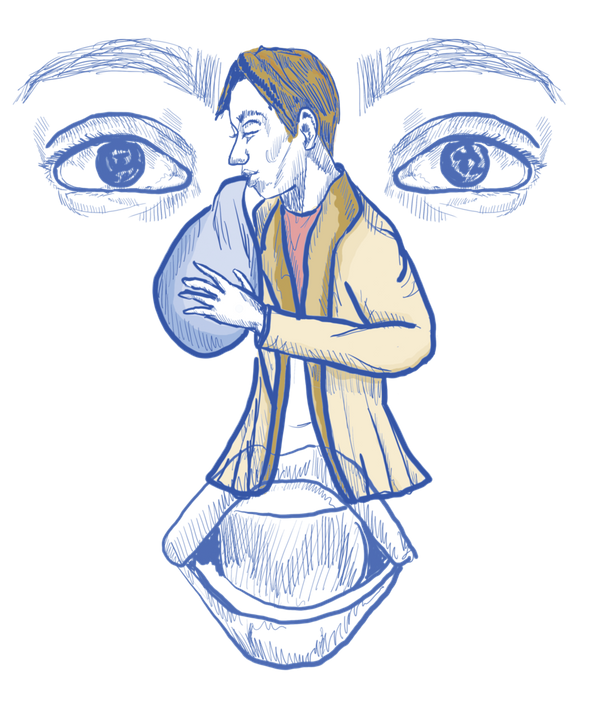 It was the summer of 1799. World famous chemist Sir Humphry Davy switched on his mercurial breathing machine, filling two bags with pure nitric oxide gas. He exhaled deeply and brought one bag to his lips. Today was going to be a tremendous day for science.