Everyone has vivid dreams from time to time, and in many of them, dreamers take actions that they wouldn’t necessarily want to replicate in real life. Thankfully, the brain usually prevents such actions from bleeding into the physical world. For those with rapid eye movement sleep behavior disorder (RBD), however, the barrier between imaginary and actual movement can become less impermeable. While asleep, RBD patients display motor behavior associated with their dream content—in other words, they physically act out their dreams [1].

Rapid eye movement (REM) sleep is the phase of the mammalian sleep cycle that is characterized by high frequency, low amplitude EEG waveforms, similar to waking EEG. It also involves increased respiratory activity, elevated heart rates, and visually complex dreams. Brainstem mechanisms prevent any muscular movement during REM sleep, aside from occasional twitches and the rapid eye movement that gives the phase its name. This lack of movement is correlated with a lack of electrical activity through muscles [2]. REM sleep is thought to be important for long-term memory development and reinforcement of useful learned behaviors [3].

In RBD, all characteristics of REM sleep are preserved except for bodily paralysis, known as muscle atonia. What results are unusual sleep behaviors that include limb jerking, vocalizations, and vigorous body movements. These movements can even become violent, and include kicking, punching, and striking bedposts and nightstands [1]. When they are awakened, some RBD patients report that these actions occur during vivid dreams that are often unpleasant, though others cannot remember their dreams. In one clinical study, 87% of surveyed RBD patients stated that they were dreaming about defending themselves from an attacker when their RBD episode happened [4]. One patient, for example, attempted to defend himself with his pillow and shouted at an imaginary assailant while asleep [5]. Another patient’s sleep behavior was so violent that it resulted in traumatic injuries to his wife, who subsequently pressed assault charges and filed for divorce [6]. Patients often injure themselves as well. In the same clinical study, 30% of patients experienced injury during sleep, resulting from kicking a hole through a wall in one case and attempting to jump through a window in another [4].

While there is a high incidence of violent actions associated with RBD, some patients exhibit tamer behavior that is nonetheless mechanically elaborate. Documented behaviors include dancing, teaching, sorting buttons, scoring a goal, and bicycling [5]. Speech and vocalizations resulting from RBD are similarly diverse—they can include mumbling, shouting, swearing, laughing, and crying. Not only can patients speak with proper fluency and syntax in their native language while asleep, they can also use secondary languages that they have learned [7]. Clearly, the behaviors that result from RBD vary considerably while still falling under the category of dream reenactment.

The unique symptoms of RBD lead many to wonder how it originates. RBD can be idiopathic, meaning that it can arise by itself in an otherwise healthy patient without a known cause, or it can be associated with pharmacological agents or non-neurodegenerative disorders, such as narcolepsy. When RBD is idiopathic, it is often an early warning sign for a neurodegenerative disorder, such as Parkinson’s disease, Lewy body dementia, and multiple system atrophy [8]. In a study where 26 patients with idiopathic RBD were followed over a period of 16 years, 80.8% of the patients went on to develop Parkinson’s disease [9]. Given this high association with neurodegenerative disease, it is important to understand how RBD develops because the mechanisms behind it may also play a role in the development of these diseases.

The Neurological Basis of RBD

The leading hypothesis for the neurological mechanism of RBD involves the degeneration of neurons that produce muscle atonia. In normal REM sleep, the prevention of motor behavior begins with the transmission of the neurotransmitter glutamate from neurons in the sublaterodorsal tegmental nucleus (SLD) to those in the ventromedial medulla (VMM). Both the SLD and the VMM are brainstem regions located near the spinal cord. In the VMM, the glutamatergic signal is relayed to interneurons that project onto motor neurons in the spinal cord. Glutamate excites the interneurons to transmit inhibitory postsynaptic potentials to the motor neurons [10]. During wakefulness, these motor neurons transmit electrochemical action potentials to skeletal muscle fibers to produce contraction, and subsequently, movement [11]. When they receive an inhibitory neurotransmitter from VMM interneurons, such as glycine or GABA, the motor neurons do not transmit action potentials. As a result, muscle fibers are relaxed, which produces the muscle atonia characteristic of REM sleep [12].

Research has found that damage to this neuronal circuitry results in the development of RBD. Mice with toxin-induced lesions in SLD neurons display complex sleep motor behavior that is consistent with RBD, such as lunging and walking movements [11]. Humans with stroke- and hemorrhage-induced lesions in analogous brain regions display subsequent RBD symptoms as well, further supporting the hypothesis that SLD damage plays a role in the development of RBD [13][14]. Damage to downstream neurons in the VMM can also produce bodily movement during REM sleep, though not to the same extent as SLD damage. When neurons in the VMM of rats are genetically modified to suppress expression of genes involved in the release of glutamate, which stimulates glycine/GABA release from interneurons, the rats display rapid jerky limb movements in their sleep. However, they do not display more complex motor behaviors such as walking [15]. This suggests that while VMM damage may contribute to RBD development to some degree, its role may not be as extensive as that of SLD damage. More research is needed to clarify the roles that SLD and VMM neurons play in regulating normal REM sleep muscle atonia, as well as how their degeneration can lead to RBD. Investigation of the factors that could cause this degeneration is also needed.

Additionally, RBD has been documented in human patients who do not display any MRI evidence of brainstem damage, indicating that more areas of the human brain are involved in RBD development [13]. Other contributing causes of RBD may involve the excitatory neurotransmitters serotonin, noradrenaline, and histamine, which are involved in producing muscle activity. Decreased levels of these neurotransmitters have been correlated with REM sleep muscle atonia, and the use of antidepressants that increase the excitatory activity of serotonin and noradrenaline has been linked to a reversible form of RBD [10][13]. The role of such excitatory neurotransmitters in RBD development has yet to be investigated in detail. Finally, the brain systems involved in regulating REM sleep in general encompass far more than just those involved in producing muscle atonia, and disorders in the wider systems may also impact this aspect of REM sleep. Taken with RBD’s association with neurodegenerative disorders, there is strong support for the possibility that RBD in humans may arise from a complex tangle of causes that researchers are only beginning to unravel.

Although there is not yet a cure for RBD, there are treatments available to lessen its symptoms. The current drug of choice for RBD treatment is clonazepam, which is hypothesized to enhance the ability of GABA to inhibit action potentials and the resulting motor behavior [16][17]. While clonazepam reduces motor movement during sleep in RBD patients, it does not completely restore REM muscle atonia. Furthermore, clonazepam carries a risk of adverse side effects: in one study of 39 patients, 57% reported experiencing side effects such as daytime sedation, confusion, and cognitive impairment. This resulted in 50% of the patients either reducing dosage of the drug or discontinuing it altogether [18]. The possibility of these side effects outweighing the potential benefits of clonazepam have led researchers to seek alternative treatments for RBD.

A newer, more promising candidate for RBD treatment is supplementation of melatonin, a hormone secreted from the pineal gland of the brain. Melatonin’s mechanism of action on RBD is still unclear and under investigation, but there are many proposed hypotheses. Like clonazepam, melatonin may also strengthen GABA’s inhibitory ability, but melatonin may act further to alleviate RBD symptoms by stabilizing variance in the timing of REM sleep and inducing modification of acetylcholine receptors on muscle cells; acetylcholine is a neurotransmitter that has multiple roles in facilitating REM sleep [19]. It is likely that melatonin acts on RBD symptoms through multiple lines of action, similar to how RBD itself likely results from a combination of neurological factors. Researchers now suggest that melatonin could be a safer treatment than clonazepam because it carries a lower risk of side effects than clonazepam, as well as fewer possible interactions with other drugs [19]. In a study where 53 RBD patients received clonazepam, melatonin, or both as treatment, patients who took melatonin reported experiencing less frequent adverse side effects than those taking clonazepam. As with clonazepam, however, melatonin only reduced the severity of RBD’s clinical symptoms without eliminating them completely [17]. A better understanding of RBD’s neurological correlates can aid in the development of even safer and more effective treatments in the future.

RBD may not seem like the most severe neurological disorder at first—the idea of dream reenactment may even seem comical. However, RBD can cause significant disruption to both the sleeping and waking lives of its patients, with many RBD behaviors being violent enough to pose significant risks to both patients and their bed partners. In addition, RBD’s role as a precursor for neurodegenerative diseases like Parkinson’s disease makes clear that its neurological mechanisms can have wide-ranging and devastating effects in the long term. This makes further research into RBD all the more important to ensure that patients of this enigmatic disorder can get a good night’s sleep. 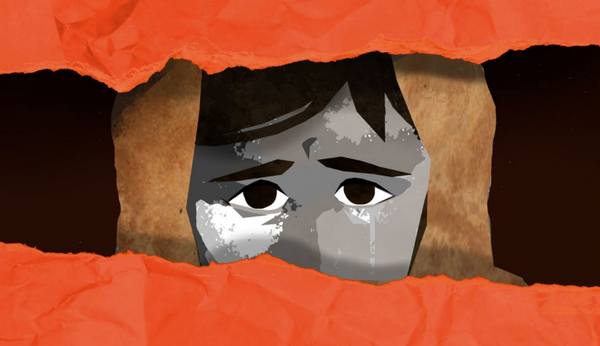 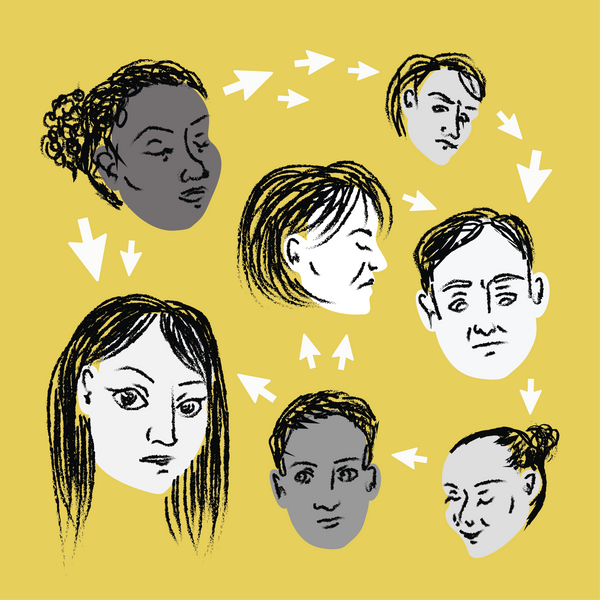 Telepathy is a concept usually associated with science fiction. The idea of reading an individual’s thoughts or interacting with them without words seems preposterous, and yet it captivates us