In 1917, two curious researchers looking to examine the effects of fear conditioning began a study at Johns Hopkins University that would later become one of the most controversial experiments in the field. John Watson and Rosalie Rayner sought to test the limits of fear conditioning by recruiting a small child to partake in their study. The nine month old infant, known simply as "Little Albert B," was selected for his developmental and emotional stability at such a young age [1]. Watson's Little Albert study, taught in countless Introduction to Psychology courses, helps to further illustrate the idea of classical conditioning most notably explained by Ivan Pavlov. However, what many courses fail to explore is the issue of ethics behind experiments like Watson's, and the effects studies like it have on the subsequent behavior and development of their participants. As a result of studies such as Watson's, universities have created Institutional Review Boards, ethical boards that seek to ensure humane practices and protect human life while concurrently advancing knowledge in research. Understanding Watson's Little Albert study not only illuminates an interesting aspect of behavioral psychology, but also brings up interesting questions about research ethics in studies involving human participants.

The Mechanics of Fear Conditioning

Watson's research centered around Albert's interactions with a variety of animals including white rabbits and mice. Watson and Rayner noted that initially, Albert's behavior towards these animals was curious and playful. To condition a fearful response in the child, Watson exposed Albert to each animal while simultaneously producing a loud, frightening noise by slamming a large hammer into a long metal pipe. At first, Albert reacted by withdrawing from the animal. Then his lips began to tremble. Upon the third blow, Albert began to cry and shake violently. It was the first time Albert exhibited any sort of fear repsonse within the study. It certainly wouldn't be the last [1].

Days later, Albert was presented with the same animals as previously described, only this time without any noise. Albert immediately withdrew from them, now fearing the animals themselves. Watson and Rayner had successfully taught a nine-month old child to fear something he initially loved, through interaction and classical conditioning [1].

As the study progressed, Watson questioned whether Albert's fear conditioning could be applied to other objects and animals similar in nature to a white rabbit. Albert was presented with a wool coat, a small dog, and even a Santa Claus mask with a beard fashioned out of cotton balls. Albert now exhibited signs of generalization–a phenomenon in which the original stimulus is not the only stimulus that elicits fear from the participant. In Albert's case, objects that looked visually similar to the objects he was originally conditioned to fear also elicited the same response–despite the fact that these objects were not conditioned in the first phase of the study.

Watson and Rayner concluded that Albert's conditioned fear response persisted for approximately one month. As Albert's fears spread, however, his mother abruptly removed him from the study. Because of his immediate and sudden departure, Watson and Rayner were never able to reverse the effects of Albert's fear conditioning through a process known as desensitization [1].

Desensitization utilizes a series of relaxation and imagination techniques in order to reverse the effects of fear conditioning [2]. If properly performed, extinction occurs when the subject is repeatedly exposed to the conditioned stimulus without the fear-conditioning stimulus--in Albert's case, the loud sound. Over time, the participant's fear fades due to repeated exposure to the conditioned stimulus without the negative consequence. The participant then substitutes the initial fear with that of a normal response [3]. However, new research on desensitization raises questions as to whether it fully reverses the effects of fear conditioning. Research suggests that even if desensitization works, it may not necessarily last, so the participant runs the risk of relapse [9]. Unfortunately, Albert was never even exposed to these methods, and as such, many have wondered what effects this study and lack of desensitization may have had throughout Albert's lifetime.

The Mystery of a Lifetime

Johns Hopkins University became the focus of the search for Albert. Watson left behind little evidence to suggest Little Albert's whereabouts following the study, though he did leave Albert's estimated date of birth, age at the same time of their research, and a grain film that documented the entirety of the study. One researcher, Hall Beck from Appalachian State University in North Carolina, was the first to provide an answer.

Beck used Albert's history to track down, a nurse at Johns Hopkins University's Hospital that he suspected to be Albert's mother. Beck discovered that the nurse had a son named Douglas Merrite who fit the proper description of Albert during the time of the study [4]. Merritte pased away at age six due to hydrocephamus that initiate the fear response. These responses are regulated by the nervous system which creates a startle response and simultaneously increase a person's heart rate, respiration rate, or blood pressure [6].

The human brain is a complicated system of neural structures and pathways, some of the which serve as conduits to fear and learning. These intricate systems in the brain can cause even nine month old children to fear for their lives. Even with desensitization techniques, it is still uncertain just how these sorts of experiments affect human beings. Today, Institutional Review Boards closely monitor modern studies to avoid repeating what happened to Little Albert and ensure that subjects are protected both mentally and physically.

As with many controversial experiments like Watson's, the question of the ethical boundaries in research is brought to the forefront. Is it morally acceptable to conduct an experiment on an infant? Many suggest that experimenters should find a strict balance between the importance of protecting those who participate in experiments, especially infants, and scientific advancement [7]. Regulations boards, known as Institutional Review Boards (or IRBs) now exist within federally funded research universities in order to protect such balances within proposed research studies [8]. Research proposals must explicitly state and explain the risk and benefits to participants within the study, as well as give participants the right to withdraw at any time if they wish to do so. Proper debriefing following experiments must also take place, ensuring that subjects are fully aware of the purpose of the study and how the experiments will be obtaining their results [2].

Perhaps as time goes on and new findings emerge, IRBs and researchers alike can learn to identify the line beyond which an experiment goes too far. Even if a study is considered ethical and approved by an IRB, it may still be controversial. Examining studies such as Little Albert's allow IRBs to recognize moral dilemmas and adapt their procedures regarding experimental proposals in order to ensure that these ethical complications do not reoccur. It may not be easy, but when an experiment builds itself around a strong ethical foundation, the results of the study, as well as the study itself, are preserved in honesty and integrity. As Dan McArthur, a Professor of Philosophy at York University, puts it, when we protect scientific integrity and respect our participants, "good ethics can sometimes mean better results" [10].

What H.M. lost, we now know, was a critical part of his identity.     —Dr. Thomas CarewScientists have grappled with the question of how memories are stored for quite some time. Today many technologies exist that allow for a variety of approaches to answering 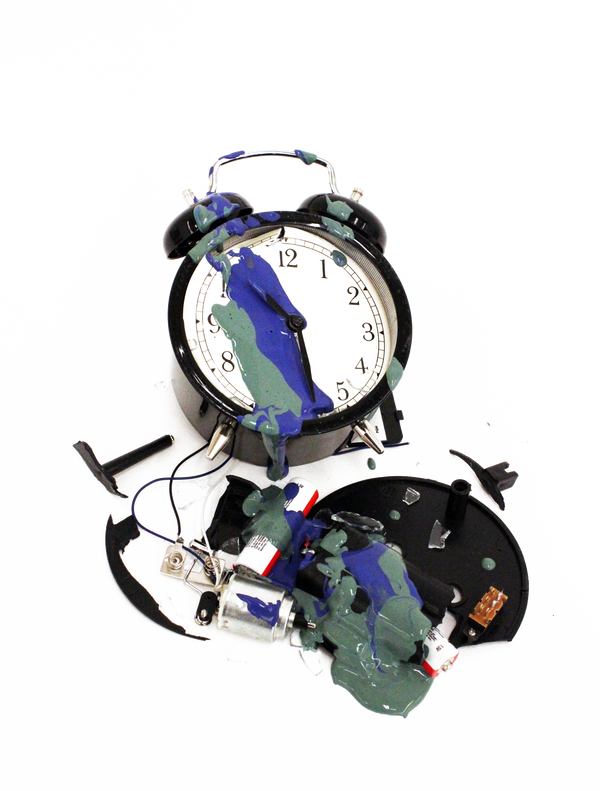 The way in which people perceive time depends on the situation they’re in. Imagine sitting in detention, staring at the clock—after sixty ticks of the second hand, the