Epilepsies include a variety of disorders, characterized primarily by a disturbance in neuronal activity known as a seizure  [1]  . One type of epilepsy that originates in the temporal lobe, temporal lobe epilepsy (TLE), has potentially catalyzed some of the most famous religious experiences in history, perhaps due to the temporal lobe’s link to religious beliefs. Electrically stimulating the brains of TLE patients can cause different types of hallucinations or other experiences  [2]  . Case studies today reflect some symptoms and characteristics mentioned in literature about historical figures, including St. Paul and Socrates, prompting a posthumous diagnosis of TLE. While there are no autopsies or EEGs to confirm the diagnosis, the plausibility of epileptic episodes cannot be ignored when discussing religious figures. Furthermore, the link between religious epileptic events and location or cultural factors is supported by evidence through international studies.

Temporal lobe epilepsies are categorized into partial seizures and generalized seizures based on the location of the onset area. Partial seizures are defined based on single hemisphere activity with a

distinguishable onset area and then further categorized as complex partial seizures (CPS) or simple partial seizures (SPS). CPS is characterized by a loss in consciousness and sometimes amnesia, while patients remain conscious during a SPS  [3]  . Among other things, the temporal lobe is responsible for higher auditory and visual perception and memory and is the most common start site of partial seizures  [1, 2]  . TLE comprises almost two-thirds of intractable epilepsies, which require surgery because they cannot be managed with treatments such as antiepileptic drugs  [1]  .

Auras are also sometimes the onset of the epileptic event, and patients report different sensations and disturbances in perception. While preictal events refer to symptoms occurring before (pre) the onset of the epilepsy (ictal), auras are a form of SPS that are perceived as a variety of symptoms such as different emotions, senses, or nausea  [1]  . Interictal events are those that occur between seizures or periods of seizures and are further characterized by changes in behavior  [1]  .

One of the results of TLE, Geschwind Syndrome, is an interictal behavioral syndrome. Initially identified and qualified by Norman Geschwind, it describes the symptoms that patients with TLE continue to have between seizures  [4]  . Geschwind connected this disorder of the limbic system to symptoms that were displayed by some of his patients, which included uncontrolled or extreme writing, hypersexuality, and hyperreligiosity. Although these behaviors had been noticed by previous neurologists, Geschwind’s intense study of the topic led to significant strides in our understanding of TLE  [4]  .

Quite a few historical figures, such as Dostoevsky, Socrates, and most famously St. Paul, were thought to have had TLE. These retroactive diagnoses, derived from our increased understanding of the disease in modern patients, allow us to gain a better understanding of their writings and the historical events in

which they were involved. The Russian author Fyodor Dostoevsky is best known for his novel, Crime and Punishment . Dostoevsky himself likely suffered from TLE and wrote clearly about the experiences and symptoms in one of his characters in The Idiot  [5]  . Dostoevsky’s character Prince Myshkin has periods of ecstatic events interspersed through his dialogue, described as “his brain bursting into flame” and other phrases strongly suggestive of TLE symptoms  [5]  . The amount of writing was very useful in determining the nature of Dostoevsky’s symptoms, as many of the descriptions match those given by patients today. The philosopher Socrates also potentially had TLE, as discussed in a case study by Osamu Muramoto and a colleague. Socrates’s posthumous diagnosis is based on his own writings about voices in his head that he called “the divine sign” and other similar phrases, which were hypothesized to indicate SPSs  [6]  . His friends described periods of habitual unresponsiveness that would last for a significant amount of time, theorized to be a potentially recurring CPS  [6]  .

One of the most significant examples of sudden hyperreligiosity in history is St. Paul’s abrupt conversion to Christianity  [7]  . St. Paul, initially Jewish, was on the road from Jerusalem to Damascus to arrest Christians when he had an apparent vision of Jesus, accompanied by three days of blindness. There were similar accounts from a physician and some others on the road at the time to support this. The descriptions of his fall reflect a very similar recent case, where a patient with clinical and EEG features of TLE displayed occasional grand mal seizures. This was accompanied by symptoms of perceiving light flashes and descriptions of religious experiential emotions, supporting St. Paul’s retroactive diagnosis  [7]  .

The nature of St. Paul’s conversion is controversial, as some argue the details of his fall can be attributed to heatstroke or other possible medical issues. However, in one of his letters to the Church of Corinth, St. Paul described a previous experience where he was “taken to the third heaven,” likely an ecstatic experience  [7]  . In another letter, he described a “humiliating disease,” potentially the seizures or associated weakness, occurring in front of an audience. Although he displayed no obvious interictal behavioral disorder, the significance of the fall—combined with his descriptions in the letters—cannot be denied. The accounts of the fall and his other symptoms follow those of grand mal seizures and are thus consistent with the idea of TLE as the cause of his drastic religious conversion  [7]  .

TLE has been studied globally, with different focuses in reports from Japan, Norway, the UK, India and Brazil—places with very diverse religious beliefs. Even places that are culturally less religious reflect a similar level of incidences of religious experiences linked to seizures in TLE patients. In the early days of TLE research, Geschwind responded to a statement about patients in Brazil saying that the same kind of conversion would not hold true in Texas because of different religious majorities, reflecting an understanding of the social factors involved in these religious conversions.

A 1998 case study in Japan that reviewed 234 patients with epilepsy found a 1.3% incidence of related religious experiences  [8]  . These patients were found to believe in a combination of religions instead of only Buddhism or Shintoism, the traditional religions of Japan. In one particular case, a woman who suffered from episodes of CPS had seizures accompanied by auditory hallucinations. She experienced a grand mal seizure when she was 17 and perceived “the figures of God and Buddha”  [8]  . In Norway, a 2003 study specifically focused on 11 TLE patients who experienced auras of ecstasy and found that five of the patients experienced religious auras  [9]  . In interviews, nearly every patient described the event as enjoyable; this is perhaps one of the reasons why historical cases were not seen as diseases, as the lack of negative symptoms could cause someone experiencing it at the time to believe it was divine.

A UK study found a physical change correlated with hyperreligiosity while observing 33 patients with TLE. Researchers discovered that patients displaying this symptom had significantly smaller right hippocampal volumes compared to other TLE patients  [10]  . Not much is known about the neuropathology of TLE since very few studies look past seizures, but the association suggests a strong role for the hippocampus in religious belief and development. A 2007 study in India saw a 29% increase in religious belief after the onset of epilepsy  [11]  . A Brazilian study focused specifically on patients who made the sign of the cross during their epileptic events, something more unique to the Catholic majority there  [12]  . They found localized right temporal lobe onset for seizures and right hippocampal atrophy, which was consistent with the UK study  [12]  .

In order to associate the ecstatic experience with a more concrete belief, one must account for the religions or religious ideas to which a TLE patient might feasibly be exposed. These different areas also reflect different religious majorities and levels of cultural significance associated with religion. Diagnoses of historical figures also add nuance to our current understanding of TLE. Global studies focus on various aspects of religiosity, so our knowledge of TLE must be influenced by an awareness of where studies are conducted. 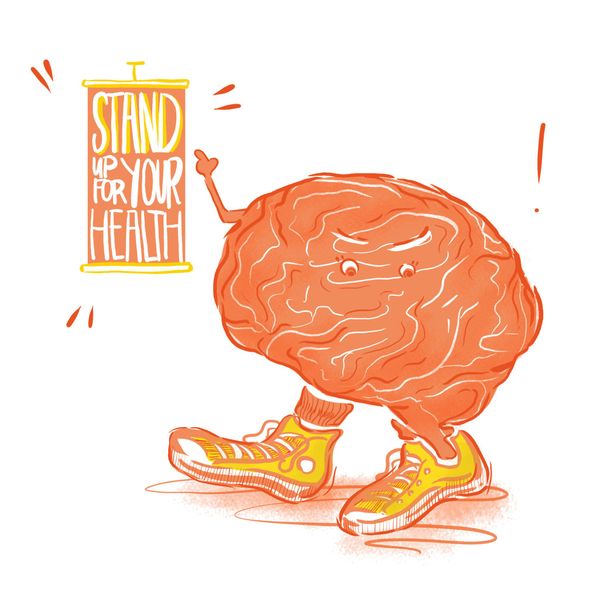 To sit or to stand—a debate many rarely think about due to the prominence of sedentary lifestyles. Many of our daily activities involve sitting, such as being in front of a computer for hours or attending lectures. 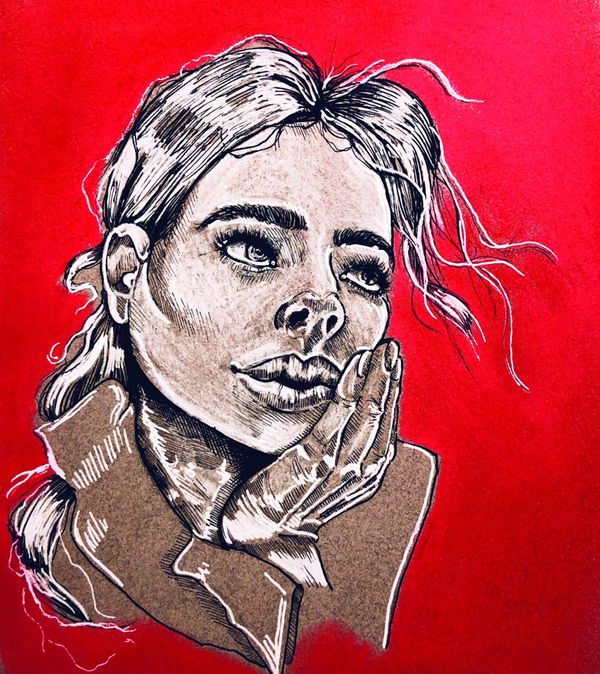 Picture a twelve-year-old girl. She’s always losing her homework. Whenever she starts a project she ends up with a half-cleaned room, an almost-done math assignment, only the first part