Spinal cord injury (SCI) occurs at an estimated global incidence rate of 250,000 to 500,000 every year, with causes such as car collisions, falls, and violence [1]. Currently, treatments include anti-inflammatory prednisolone, surgical stabilization of damaged vertebrae, and intense physical rehabilitation [1][2]. However, even with these treatments, neurons are usually unable to grow back, leading to broken connections in the tracts that once connected the brain to the rest of the body. This leaves many patients lost in the challenge of navigating various levels of paralysis and the accompanying stigma [1][3]. In addition to challenges for the individual, SCI treatments are expensive for society at large, often requiring repeated and long hospital stays due to complications after the injury [1]. In response, research in the past 30 to 40 years has focused on learning how SCIs manifest within the body and how they change as the injury ages [1].

As SCI understanding has improved, so too has research on future treatment options [4]. For example, some forms of treatment in development involve using stem cells to regenerate damaged tissue or removing parts of the vertebrae to give the spinal cord more room to swell without damaging neurons [5][6]. Other researchers are experimenting with molecules that normally surround neurons to see if those molecules can heal pre-existing neurons [7]. Using a combination of supportive materials implanted into injury sites, known as biomaterial scaffolds, these researchers are studying the central nervous system’s regenerative capabilities, which could lead to improved motor and autonomic recovery as well as increased quality of life after SCIs in the future.

Composed of several cell types and supportive biomolecules, the mammalian spinal cord is complex in structure and function. In a healthy spinal cord, some of these biomolecules, including collagen, fibronectin, and laminin, form the extracellular matrix (ECM). These molecules help dictate where cells move during development, guide axons along their paths, and mediate the growth of new synapses [8][9]. Another key component is hyaluronan, which binds to some of the proteins and allows them to form a network that supports the cells. All of these are molecules that normally reside around neurons and are involved in healing injuries, making them great candidates for research on regeneration [8][9]. However, knowing the composition alone is not enough to save a spinal cord. Researchers developing treatments must intimately understand how SCIs progress through the tissue in order to know how to address them.

The initial stages of spinal cord injury are what people typically think of: trauma to the spinal cord puts pressure on the nervous tissue, severing at least some of the axons in the area and preventing signals from traveling beyond the injury [10][11][12][13]. There are two more major issues at the injury site: blood and pressure. The first major complication, blood, conducts a two-pronged attack on the nervous system. First, the mechanical injury breaks blood vessels, disrupting proper blood flow to neurons and starving them of the oxygen and nutrients they normally get from blood. Second, the blood vessels leak into nervous tissue, killing neurons with components of the blood normally filtered out by the blood-spinal cord barrier [10][11][12][13][14]. After blood has killed the neurons, a swell of clotted blood then lodges itself into the hole left by severed axons, causing local fluid buildup and triggering both the neural and systemic immune systems. All of this leads to pressure, the second major issue at the injury site. Similar to blood, pressure also mounts a two-pronged attack, but in two conflicting ways. On the one hand, pressure begins to increase when the spinal cord swells from the injury and when the spinal column narrows due to impact. On the other hand, cerebrospinal fluid can leak through broken membranes around the cord, which decreases the pressure in other areas of the nervous tissue. While it may seem like the two opposing forces would cancel each other out, the changes are too inconsistent for the body to counter, instead leaving the cord to struggle. All of this mechanical damage, the upset in pressure, the disrupted blood flow, and the resulting cell death, is termed the primary mechanical injury [10][11][12][13].

The secondary phase of SCI continues from hours to days after the primary mechanical injury. Disrupted blood flow continues to kill off neurons as they run out of energy and nutrients to maintain themselves [10][11][12][13]. Edema, an abnormal collection of fluid, spreads and puts dangerous amounts of additional pressure on neurons even farther away from the initial injury. Edema also eventually leads to demyelination, slowing down or halting any electrical signals that were initially able to travel around the injury. The immune response continues to grow, causing microglia and astrocytes, the nervous system’s immune cells, to replicate and form a glial scar that is chemically and physically impenetrable to axons. Pro-inflammatory macrophages from the body’s immune system leak into the injury site and kill neurons by releasing molecules that oxidize parts of the neuron and break down proteins [15].

The above damages are known to cause neuron death and form what is essentially a hole, called the injury site or lesion, where the glial scar inhibits axon growth [10][11][12][13]. Researchers have used this information to begin developing solutions such as biomaterial scaffolds to help the surviving cells in the spinal cord heal after injury.

Experimental bioengineering studies have begun to induce spare tissue growth using the natural capabilities of various ECM molecules to make up for the physical and functional deficits created by SCI. These ECM molecules, in the form of biomaterial scaffolds, seek to moderate the environment of the glial scar, making it more hospitable for axons still capable of recovery [16][17]. To do this, the scaffolds contain molecules that stimulate the growth of axons or break down the physical and chemical barriers of the glial scar [2]. Stimulating the existing cells’ growth is beneficial compared to adding new cells because it simplifies and reduces concerns about immune responses, new cells’ properties, and their compatibility with existing tracts [2]. Often, non-cellular tissue scaffolds are surgically introduced to injury sites as hydrogels: soft, flexible materials added to aid in regeneration and cell adhesion [17]. They provide key structural support, porousness, nutrition, and enable cell signaling, much of what the biomolecules do in a healthy spinal cord. In general, a successful way to create these scaffolds is to extract natural tissue from an uninjured spinal cord and remove anything that could trigger an immune response in the tissue to be repaired [16][17]. These scaffolds, made only of molecules native to spinal cords, then get implanted to begin replacing damaged ECM molecules.

Different labs have studied individual components of the spinal cord ECM or other natural materials as the basis of hydrogels, including the proteins collagen and fibrin, complex carbohydrate-proteins, and agarose gel, which is a carbohydrate found in seaweed [16]. Some of the more successfully studied biomaterials for scaffolding are those naturally present in the ECM of neural tissue [17]. These hydrogels are particularly useful because of their ability to recreate the complex environment within the spinal cord [17]. A study by Dmitry Tukmachev and his colleagues at the Institute of Experimental Medicine in Prague, Czech Republic, conducted experiments with injectable extracellular matrix hydrogels [18]. They tested hydrogels based on spinal cord ECM in a small animal model for SCI and found that the spinal cords treated with the hydrogel showed significantly more axon growth than the spinal cords in control animals. The researchers also examined how the spinal cord ECM interacted with neurons both in vitro and in vivo in rat spinal cords, which helped them better assess how applicable their scaffolds were. By analyzing the tissues’ appearance and the expression of several genes involved in inflammation and healing, these studies allowed the researchers to observe gels’ compatibility with living animal tissues. Their results indicate that the hydrogels successfully filled the injury site, which is a step in the right direction for developing the treatment. While the treatment group’s neurons never fully crossed the lesion site, they showed more growth and a significantly decreased area of the injury compared to saline-injected controls [18]. This study shows promise for developing a scaffold that induces already-present neurons to repair themselves after injury, suggesting a direction for even more successful studies that may be able to cross the gap and fully repair broken tracts. As the research continues, future studies can modify the existing experimental protocols instead of beginning from scratch, saving time and money and allowing for more advanced healing, while further analyzing functional recovery to understand how new discoveries will affect SCI patients.

Amidst all the medical and scientific research, it is critical to consider the ethical implications for the potential beneficiaries and society as a whole. For instance, achieving the level of safety required for human treatment by this method will be a long road. In the process, many human and animal models’ lives would be at risk while treatments are still in experimental phases. Additionally, although treatments in small animals show promising results, there could be structural complications with scaling up the injections. Researchers must account for the scaffold structure being weakened by the physical burdens of a larger organism and confirm structural integrity before human trials to ensure their treatments actually lower morbidity and mortality. Similarly, until patients receive this treatment, there is no way of knowing the long-term effects—will regenerated axons hold up over the lifetime, and will they communicate effectively with the existing neuronal tracts of the spinal cord? Beyond the individuals who may benefit from treatment, researchers and policymakers must also consider how these advancements in science impact people with pre-existing spinal cord injuries that cause functional deficits. If research advances to the point of decreasing or even eliminating disabilities caused by SCI, how will this impact access to care and assistive services for the individuals who already have spinal cord injuries?

Despite the promising research, scaffolds have largely stayed in pre-clinical trials because they have several areas for improvement before being considered safe enough for human tests. One major concern is the method of delivering a scaffold to the injury: surgical procedures are always quite risky, especially considering the delicate state of injured tissue and the fact that scaffolds are typically delivered by injection [7]. Another concern is determining the amount of scaffold to be delivered to an injury; so far, there is no standard amount of delivery. To determine how to define this amount, researchers must consider the characteristic swelling for the individual hydrogel being injected [19]. The irregular shape of each SCI further complicates the process of determining how much scaffold is required to repair tissue, and three-dimensional imaging must improve in order to aid this process. Before moving forward with human clinical trials, studies on injectable scaffolds will likely need more consistent evidence regarding functional recovery of neurons beyond the histological improvements.

The benefits of research on biomaterial scaffolds are undeniable. Improving quality of life and independence after injury is good for the individual, saving them the challenge of adjusting to a radically different lifestyle and the potential loss of income if they would be rendered unable to work after injury. It also benefits society by decreasing public healthcare costs and preventing premature death. Keeping in mind the ethical challenges and benefits of this research, scientists are pushing forward for more consistent treatments of SCI with injectable ECM scaffolds, including studying the effectiveness of injections delivered hours after injury, amount of gel to inject, minimally-invasive methods of administering treatment, and required therapies and follow-up treatments. 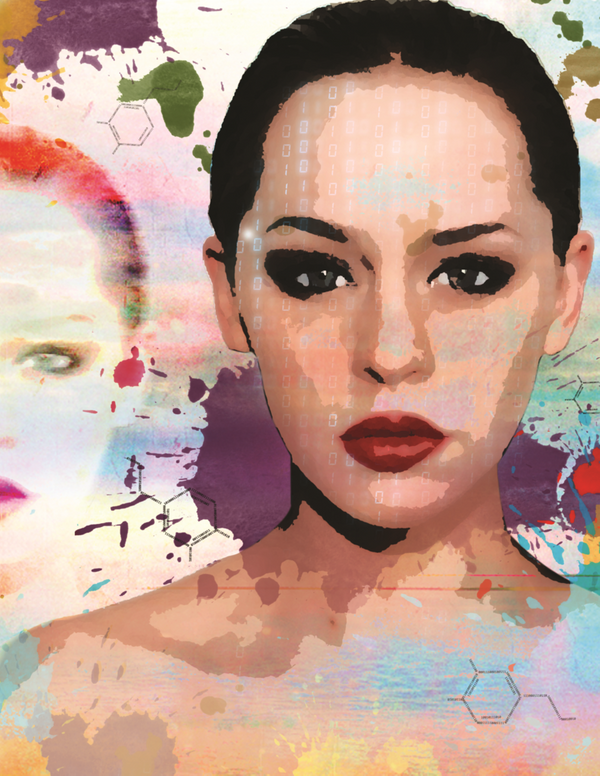 In the early 20th century, the primary purpose for mental disorder classification was to organize asylums.{[1]  The process for categorizing symptoms lacked standardization and thus was inconsistent. Even so, 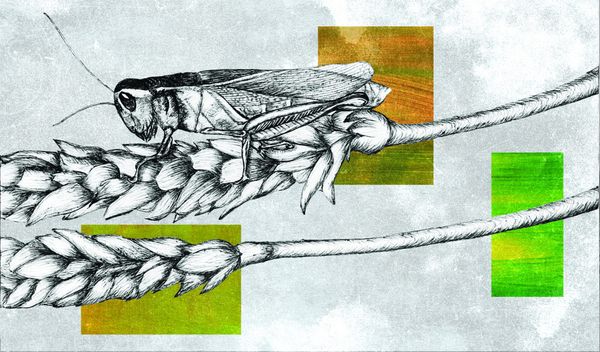