Motor conversion disorder is a subset of conversion disorder, which is one of the most common psychiatric diagnoses in neurology; it accounts for at least four percent of all general clinical ward admissions, equaling the admitting frequency of more well-known neurological diseases such as multiple sclerosis and epilepsy [1]. Conversion disorder can present with the same symptoms as either of these conditions and many others, adding uncertainty in making a definitive diagnosis. Despite their similarities, many people are less aware of conversion disorder. The fact that there is not a specific symptomatology, definitive diagnostic test, or universal treatment contributes to the lack of awareness and understanding. Because conversion disorder symptoms do not have a clear physical cause and are inconsistent across cases, it can seem like patients are faking their symptoms. As a result, the disorder is often stigmatized, adding difficulty to an already ambiguous diagnosis and treatment.

Understanding the Problem: What is Motor Conversion Disorder?

Conversion disorder (CD) can present with almost any symptoms, including blindness, deafness, or chronic pain. Motor conversion disorder (MCD) refers to cases in which the patient experiences functional difficulties with movement. This can range anywhere from a tremor to complete paralysis, weakness, spasms, and changes in waking manner [2]. A case study of a 24-year-old male provides one example of MCD symptoms: the patient presented with a unilateral foot drop (difficulty lifting the front part of one foot) along with weakness and numbness in his left leg, which developed overnight and affected his ability to walk [3]. As these symptoms are usually an indication of injury to one of the nerves in the leg, the patient was originally misdiagnosed with common peroneal nerve injury [3].

While MCD’s imitation of other diseases makes it difficult to diagnose, there are characteristics that set MCD apart. The symptoms usually present abruptly and can be inconsistent in the type and severity [4]. For example, a patient can have nerve pain in their right arm one day and in their left arm the next. Symptoms also generally worsen when they are the focus of attention.

Although tests can reveal some physical explanations, the severity of the symptoms is usually out of proportion to what should be caused by the findings. If typical treatment for the physical symptoms does not improve the patient’s status, MCD could be the culprit [4].

There is no definitive cause of MCD, but there are events that tend to trigger its onset. MCD is usually linked to an emotionally stressful, traumatic experience [2]. For example, in the case study previously mentioned, the man’s brother had recently died in a car accident that severed his lower limbs [3]. The patient presented with a foot drop, a possible manifestation of this stressful event [3]. Symptoms could occur or be worsened if the patient obsesses over the traumatic event [2]. In the case of emotional detachment, symptoms such as paralysis could be an extension of neglect, almost as if the person is neglecting that limb. Despite the lack of correlation between nervous system dysfunction and MCD, there are many hypotheses that involve the cognitive monitoring of behavior. Some of these include possible defects in inhibition, hypercontrol, or initiation of motor intention [2].

Because there is such a wide range of possible symptoms and a lack of understanding of what causes the disorder, many physicians are reluctant to quickly diagnose MCD. The average reported time to diagnose MCD ranges anywhere from several days to as long as twenty-one years [4]. A common misconception is that because the symptoms have no physical cause, a physician must do many tests to rule out everything else. While many physicians do keep performing tests, even when they are not indicated, unnecessary testing can often be eliminated by looking at characteristics associated specifically with MCD. In order to make a diagnosis, the symptoms must impair function, cannot be explained after a thorough physical examination or are inconsistent with recognized medical conditions, and are not intentionally produced [4]. In the case study mentioned before, the man received normal results from a test that evaluates motor nerve function [3]. The results were paired with the recent trauma, sudden onset, impaired function, and reality of the symptoms to diagnose MCD. This is an example of when one test is necessary to rule out obvious physical causes, and it shows that it can be unnecessary to complete further tests in search of any unlikely causes [3].

Not Just an Illusion: Evidence that the Symptoms Are Not Fake

Hassa Thomas and colleagues conducted a study to determine the neurological differences between people with MCD whose main symptom was paralysis of one side of the body (hemiplegia), healthy people faking similar paralysis, and healthy people not faking paralysis [5]. fMRI measured the level of activation in various regions of the brain while the subjects lay relaxed in the machine and an experimenter passively moved the subjects’ arms [5].

Thomas’ study revealed that the subjects faking paralysis had increased activation in only the right lateral inferior frontal region [5]. In comparison, subjects with MCD had stronger activation on both sides of the brain in a neighboring region, with an even greater activation in the inferior frontal gyrus (IFG). The IFG is believed to be involved in attention and motor inhibition, and when activated unconsciously, it can result in constant suppression of movement. Based on this function of the IFG, the greater activation in MCD patients was consistent with their symptoms. The difference in activation between MCD patients and healthy, faking subjects provides strong evidence that the hemiplegia symptoms, and likely other MCD symptoms, are not fake. While this experiment is relevant to people with symptoms of paralysis, this research does not identify which regions of the brain are involved in MCD in general and which are specific to hemiplegia symptoms [5].

Other research has found results that can be applied to general MCD. The inability to habituate and the presence of sensitization are two examples, discovered by Selma Aybek and colleagues in their research on emotion-motion interactions [6]. Habituation refers to a decreased response to a certain stimulus, while sensitization is when a response to a stimulus is amplified after continuous or repeated exposure. This means that MCD patients have a heightened response each time they experience emotions, especially negative ones, compared to their healthy counterparts. The lack of habituation and subsequent sensitization was discovered by comparing the neural responses to sad and fearful expressions in MCD patients and healthy controls. The results showed an increase in activation of the amygdala, the region responsible for emotion recognition and identification of threats, and a decrease in activity in the left supplementary motor area. The differing response of MCD patients to emotion is evidence of dysfunction in emotion regulation [6].

Multiple studies have shown that people experiencing paralysis can still create motor intention and imagery, meaning they are able to imagine moving and can prepare to execute that movement [1][2][6]. This indicates that the disruption occurs after the preparation for movement but before the execution [1] . Even though MCD patients can still prepare to move, they have additional activation in other areas not present in healthy individuals preparing to move, including areas involved in memory and emotion retrieval, self judgement, and self-control [2]. This provides the basis for the idea that increased self-control and self-monitoring of motor behavior is one of the main causes of MCD symptoms. The amygdala, while dealing with emotion, is also connected to motor pathways and is responsible for interrupting motor activities in potentially threatening situations [6]. Therefore, it is likely that once a paralyzed MCD patient prepares to move, the heightened activation of the amygdala creates signals normally indicative of a threatening situation, inhibiting movement [6]. All of this research put together provides some of the underlying basis for the symptoms seen in MCD patients and is an indication that the patients are not faking their symptoms.

Solving the Paradox: Treating Physical Symptoms With No Physical Cause

Because there are so many different symptoms associated with MCD, treatment is difficult and usually ineffective. Many people have negative reactions to a diagnosis of MCD because they feel as though the physician is discounting or trivializing their symptoms and implying that there is nothing wrong with them [7]. This usually results in an unwillingness to follow a treatment plan, resulting in no improvement of symptoms. Following diagnosis, it is important that the patient continues to work with a physician, usually a neurologist, a psychiatrist, and in some cases a physical therapist in order to procure the best outcome [7].

A study was conducted by Monica Hubschmid and colleagues to determine the effects of different treatments [8]. One group received joint treatment with a neurologist and a psychiatrist that lasted five to six weeks while the control patients were given a recommendation to see a psychiatrist, which is the current standard treatment. Evaluations were recorded at the beginning of the study and after two months, six months, and twelve months. The results showed that the patients given the joint consultations had a significant improvement in symptoms, fewer hospital visits, lower levels of depression, and a faster increase in work ability compared to the patients who only saw a psychiatrist. While it is likely the results were due to the differences in treatment methods, it is noted that the early diagnosis of MCD that was required to participate in the study likely influenced the improvements in symptoms [8]. The case study mentioned earlier further supports the effectiveness of joint consultations; the man was able to walk on his own in just five days and made a full recovery after receiving care from a multidisciplinary team consisting of a psychiatrist, physiatrist, physiotherapist, and a psychologist [3].

Most negativity surrounding MCD comes from the suspicion that patients are making false claims and the length of time the patients go undiagnosed. There are some specific characteristics associated with MCD that can aid in a timely diagnosis and eliminate unnecessary tests. There is also evidence that shows MCD patients are not faking their symptoms.

While there is a foundation for what might be the underlying cause of MCD symptoms, there is still much research to be done in comparing patients’ abnormal neural activation with different symptoms. Future research can test more specific hypotheses about the role certain brain regions play in causing the symptoms, specifically regions already known to have abnormal activation in MCD patients. Most previous research has had either a very small sample size to ensure little to no variation in symptoms or a larger sample size that lacks accurate analyses due to increased variation in symptomatology [2]. Creating a large experiment that has groups of patients with similar symptoms could be the next step in understanding how emotion and sensorimotor systems contribute to the disorder. 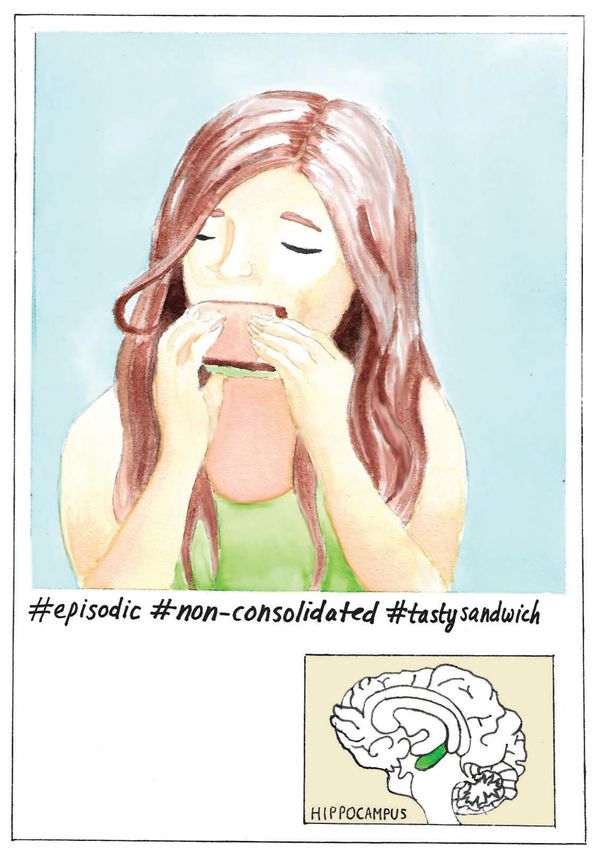 Imagine waking up one day without any memory. You can probably picture yourself in a state of extreme confusion, not knowing who you are, where you are, or how you 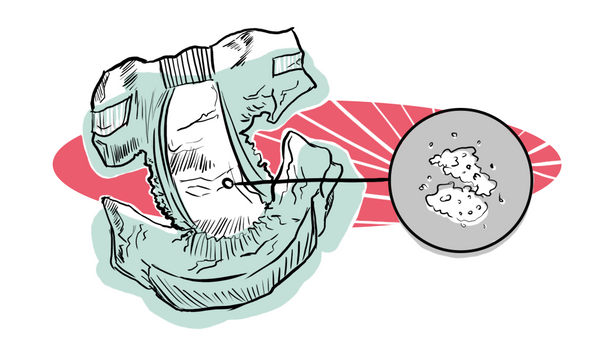 Companies boasting about their diapers’ comfort, mobility, and, most importantly, absorbency, represent the hallmark of any respected diaper brand. If you have ever seen a diaper commercial, you have seen