Ironically, I am currently in Odegaard, the University of Washington’s 24-hour library, writing an article about sleep deprivation at one in the morning. As I am writing, I am wondering how many of my classmates are planning to take advantage of the library’s hours to pull an all-nighter to cram for their midterms tomorrow. College students have been identified as a population group especially affected by sleep loss (an estimated 73% of students) [4], which I am quite confident any college student or graduate would agree with. Sometimes, particularly around final examinations, it seems that sacrificing a couple hours of sleep is the only way to earn the “A”. However, many years of research has shown that sleep deprivation is detrimental to cognitive ability [4].

Sleep improves your cognitive ability by facilitating learning and memorizing new information in two ways. First, sleep aids restorative processes in the brain. When we are sleep deprived, we are not able to focus our attention as well–which we all know from personal experiences like trying to sit through lecture the day after a long night [3]. Last month, the Nedergaard lab at the University of Rochester Medical Center published a groundbreaking paper in Science regarding the mechanism behind the restorative function of sleep. Their research shows that the restorative function of sleep is a result of a heightened ability to clear out the day’s built-up, potentially neurotoxic waste from the interstitial space in the central nervous system [2]. During sleep there is a 60% increase in the interstitial space, causing a significant increase in the rate of convective exchange of cerebrospinal fluid with interstitial fluid [2]. This then leads to an increase in the clearance of ß-amyloid, a protein that is the main component of amyloid plaques and associated with diseases such as Alzheimer’s [2]. Clearing out these potentially toxic waste products thus allows our brains to be rejuvenated in the morning [2].

There is no known mechanism of memory consolidation during sleep currently, however many researchers think that specific characteristics of brainwaves, such as slow wave and rapid eye movement sleep, are associated with the formation of different types of memory [1]. One example comes from a study performed by Smith and Lapp. Smith and Lapp monitored honors psychology students during summer break and the consecutive weeks following final examinations during winter break [3]. After final examinations, there was an increase in the number of rapid eye movements during the fifth REM period of sleep from the number made during summer break. These results suggest that an increase in the number of rapid eye movements during 5th period REM sleep–not the length of time spent in REM–accompanies extensive learning [3]. Other such correspondences between different sleep brainwave characteristics and types of learning have also been demonstrated [3]. It is quite likely that different types of learning and memorizing are accompanied with different changes in brainwave characteristics [1].

All the research so far points to sleep being necessary for optimal cognitive ability. But, so what? We’re still college students, and we’re still going to have the same incredible amount of work and activities as always. It’s the eternal problem of the college student. Yet, when next contemplating the question of “to sleep or not to sleep?” the research shows that sleep should be chosen over the extra couple of hours of studying.

If you would like to learn more about the relationship between sleep and learning/memory, check out this TedxTalk with Dr. Robert Stickgold, a sleep researcher at Harvard Medical School.

What makes humans so special? Is it their ability to use language and empathize with others? Their ingenuity? Their tool making? It has been known for some time that other 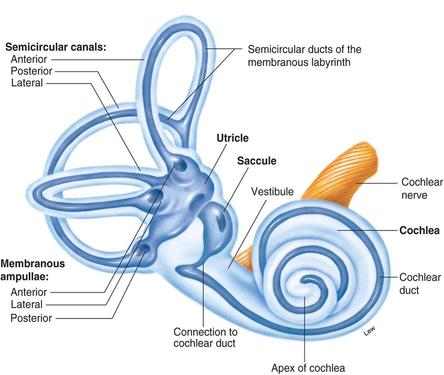 Humans have eyes to observe the world in three dimensions, but how do people perceive their own motion/orientation in space even when their eyes are closed? Believe it or