Our immune system is perhaps one of the most important evolutionary benefits granted to us; our body’s ability to defend against infection and disease is one of the reasons humans have been able to survive for this long. However, the system that has evolved to protect us can also harm us, causing a large spectrum of dysfunction across the body. Though T-cells form the basis of the body’s immune system, research carried out over the last few years has illuminated the involvement of antiviral T-cells in synapse destruction, memory loss, and cognitive impairment. Their intended function is simple: they are stored until they detect an antigen on a cancer cell or a virus, and bind to and destroy these cells. In addition, the T-cell releases proteins known as cytokines to trigger the activation of other cells involved in the immune response such as the microglia and macrophages [1].

Though their function is essential to the immune response, these T-cells linger in the affected areas long after the actual recovery, which can sometimes lead to substantial health concerns. Antiviral T-cells that linger in the brain after destroying viruses may damage synapses in the central nervous system, leading to symptoms such as cognitive dysfunction and memory loss in the patient [2]. Similarly, modified T-cells used in experimental cancer therapies have also been linked to neurotoxicity in patients, with the most severe side effect, cytokine release syndrome, causing confusion, delirium, and in the worst cases, even cerebral edema. This is characterized by a build-up of fluid in the brain, causing headaches, memory loss, and seizures [3]. As a relatively new discovery and field of research, the causes of the negative effects of our own immune cells are not thoroughly discussed in the public sphere and are still generally unknown. However, through careful research and examination of how T-cells act in the brain, we can better understand the implications of this cutting edge, crucial research for medical care, both in an antiviral response and in cancer therapy.

When foreign agents bypass the blood-brain-barrier and enter the brain, microglia and monocytes act as first responders by engulfing the offending material. A healthy brain has little need for vast quantities of cells that actively fight infection (which could be quite harmful), so when monocytes detect a virus, they release chemicals that recruit T-cells, which amplify the signal and activate even more microglia to fight the infection. Antiviral T-cells make their appearance in the brain during a viral infection as the main line of defense for the immune response in the central nervous system (CNS). This immune response results in the entry of these T-cells into the brain, where they release cytokines and antiviral receptors to destroy the viruses. According to a recent study by Charise Garber and her team at Washington University in St. Louis, T-cells that are recruited to the brain tend to overstay their welcome, persisting in the hippocampus for days after recovery from the infection. While they remain there, these T-cells continue to produce a cytokine known as interferon-γ (IFN-γ), a protein that is a critical component of the immune response. In the post-recovery stage, IFN-γ functions almost identically, signaling microglial cells in the brain to dysfunction, targeting and destroying synapses in the brain in the absence of their intended pathogen targets. The destruction of synapses by the microglia is carried out in a noticeably similar manner to these pathogens [4]. This results in memory loss, cognitive dysfunction, and learning deficits.

The study carried out by Garber and her team compared the neurological effects of two tropical viruses, the Zika and West Nile viruses, on mice. The two focuses of the study were to compare the way in which these two viruses cause neurological decline and understand the process by which IFN-γ, produced by hippocampal T-cells, acts in the hippocampus post-recovery. The study showed that mice demonstrated increased synapse loss and programmed neuron death following recovery from the West Nile virus and Zika virus, respectively. What was most interesting was that the mice deficient in the receptor for IFN-γ did not display the signs of synapse destruction, apoptosis, or learning deficits usually associated with IFN-ℽ post-infection. In addition, infected mice lacking IFN-γ or the specific T-cells usually activated by viruses entirely were discovered not to show symptoms of neuron or synapse loss, instead enhancing hippocampal activity and cognition as compared to the mice possessing IFN-ℽ [5]. This discovery led to the hypothesis linking the presence of IFN-γ to neurodegeneration following viral infection. To further validate this hypothesis, the researchers selectively suppressed IFN-γ receptor expression in microglia in the affected mice. IFN-y in this context would have signaled these microglia to destroy the synapses. The removal of the IFN-γ receptor from the microglia was enough to avert the neural damage caused by the T-cells present for the infection, further corroborating the hypothesis [4].

Though our bodies’ natural T-cells have been shown to severely impact our neural network, a similar pattern caused by modified T-cells, used in an experimental cancer therapy, has also come to light in recent years. This therapy, known as chimeric antigen receptor (CAR) T-cell therapy, involves the external alteration of a patient’s T-cells in a laboratory, in which they are genetically modified to include a receptor that binds to a certain protein on cancer cells. This allows for a more efficient immune response to cancer cells in the body. These CAR T-cells are then infused into the patient’s bloodstream after a round of chemotherapy to combat cancer cells [6].  However, despite the dramatically improved remission rate, this experimental treatment is becoming increasingly associated with neurotoxicity, a severe condition wherein a biological or chemical compound critically damages the structure of the nervous system, leading to nerve damage and loss of functions [7]. This results from a side-effect of the therapy known as cytokine release syndrome (CRS). CRS is an inflammatory immune response in which large numbers of T-cells are activated, and overproduce cytokines in the bloodstream, leading to the production of even more white blood cells and other immune factors. For patients, this leads to confusion, language disruption, headaches, and in rare cases, organ failure, though the pathophysiology is not well understood [8]. Though there are a number of reports detailing potential causes, most agree that monocytes, a type of lymphocyte, and the compromise of the blood-brain barrier play central roles in the development of CAR T-cell induced neurotoxicity, as CRS has been shown to be prevented by monocyte depletion [9]. This compromise results in unwanted agents and substances entering the brain via the bloodstream, a process that would usually be regulated by the membrane of the blood-brain barrier. These hypotheses have been further substantiated by pre-clinical models and neuropathological studies of affected brain tissue, which showed increased levels of blood cells and cytokines. Adding to the complexity of the problem, many pathological correlates of neurotoxicity could easily be downstream of the direct cause, or even compensatory. Understanding the CAR T-cell therapy’s side effects, especially CRS, is becoming increasingly necessary as the therapy makes the transition from experimental to clinical, due to the possibly drastic functional and ethical outcomes for patients.

Despite CRS-caused neurotoxicity being a well-documented and researched phenomenon, its principles and mechanisms remain unclear. However, animal and clinical models of the pathology have illuminated some of the potential factors in the incidence of symptoms such as elevated cytokine levels in the cerebrospinal fluid during therapy [6]. Since monocytes produce cytokines, this gives further credibility to the monocyte/blood-barrier hypothesis, which resulted from both the observation of cytokine levels and observation of subjects without monocytes. Unfortunately, in spite of the severity and frequency with which these symptoms appear in patients undergoing CAR T-cell therapy, ongoing medical research has not developed an effective method for preventing the toxicities associated with them. As CAR T-cell therapy is still a relatively new and experimental treatment, our understanding of its drawbacks and their mechanisms is simply not advanced enough, and our ability to cure the neurotoxicity is similarly underdeveloped. At present, the best treatments are immunosuppressant corticosteroids [10]. These drugs are administered as a part of a treatment algorithm designed by The National Cancer Institute to mitigate the effects of CRS. This algorithm titrates these immunosuppressants and antihistamines to minimize neurotoxicity without reducing the antitumor efficacy, but like other cancer treatments, this approach has not been entirely proven to work [11].

Because the pathophysiology of antiviral T-cell induced neurodegeneration is becoming clearer with ongoing research, studies have yielded a far more encouraging route to alleviate synapse destruction that results from lingering T-cells in the brain, even to the point where the rate of synapse formation increases. Garber and her team’s study has shown that the removal of these specific T-cells or their receptors has yielded positive results, where the mice did not display the symptoms associated with synapse loss after viral infection. Similarly, the alteration of microglial cells to not express IFN-γ receptors produced comparable results, where neuronal loss was strongly mitigated [4]. However, it is important to note that removing these T-cells may have severe implications for the body’s immune system. As T-cells are the driving force behind an immune response, their removal could potentially be harmful, despite the benefits for the nervous system. Due to this, the benefits and drawbacks must be carefully weighed and considered before a safer solution is reached.

Both antiviral and CAR T-cell activity and their role in neural damage or toxicity have been heavily researched and documented. Labs at the Fred Hutchinson Center as well as the University of Washington are currently researching the exact basis of this neurotoxicity, though it is currently unknown [6]. Both lines of research have huge potential for scientific discovery, particularly in understanding side-effects of using these T-cells as a treatment. CAR T-cell therapy has already gained traction as a viable cancer therapy, with patients being informed of the drawbacks as well. However, given the severity of these drawbacks, it is important to give patients a full understanding of the consequences as the side-effects are both common and potentially disastrous. These discoveries can open up even more opportunities to understand T-cells in contexts such as cancer treatments and the mechanisms of other neurodegenerative disorders as well such as Parkinson’s or Alzheimer’s, both of which are characterized by T-cell mediated neuroinflammation. Despite our understanding of the effects, our lack of knowledge concerning the exact mechanisms of neural degeneration highlights the necessity of continued research into these fields and the importance of discovering as much as possible about the fragile, beautiful organ that is our brain. 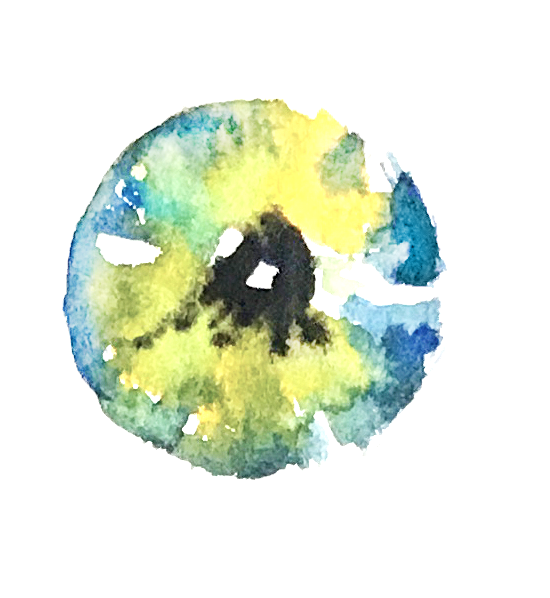 Look at a fixed point. Now turn your head left, then right. What do you notice? Well, as your head moves in one direction, your eyes move the same number