Take a moment to read these quotations:

“I try to judge less and forgive more. I no longer worry about money.”

“I think my heart is more open to all interactions with other people.”

“I feel more accommodating and forgiving toward both friends and strangers, and less anxious to label them or convert them to my viewpoint.”

“I am learning to recognize and release old definitions of myself.”

Can you guess what these individuals have in common? No, these are not quotes from a group of Buddhist monks. If I told you that these quotations are from individuals who participated in a controlled administration study of a Schedule I substance, would you call me a liar?

It may be hard to believe, but these are the results of a retrospective questionnaire given 14 months after the controlled administration of psilocybin—the active ingredient in the highly illicit substance known as psilocybin mushrooms, also called magic mushrooms.

What are magic mushrooms?

Psilocybin mushrooms occur naturally in many parts of the world, with a majority of species found in North America. The first use of hallucinogenic psilocybin mushrooms is unknown, although there is evidence that they were used spiritually by Native Americans for thousands of years.

When psilocybin is ingested, it is metabolized into psilocin, which acts as a serotonin agonist.  Serotonin primarily acts as an excitatory neurotransmitter, stimulating overall brain activity. It is widely known that the serotonin systems in the brain are responsible for regulation of many important functions, including mood, appetite, sleep, and cognition. The neuropharmacology of how psilocybin impacts these systems has been the subject of intense study. In 2014, researchers found that psilocybin ultimately leads to “hyperconnectivity” between brain regions, which may explain many of the psychedelic effects  [1]  . These include substantial changes in perception, such as mental and visual hallucinations and spiritual experiences. Subjects also reported internal and external unity, sacredness, euphoria, and the transcendence of time and space. At higher doses, these effects were intensified  [2]  .

This leads one to ask: so what? Why should one choose to ingest a funny little mushroom to supposedly “transcend time and space”? User accounts may seem fantastic, but psilocybin mushrooms remain a Schedule I substance under the Controlled Substances Act in the U.S. This means that the sale, possession, or distribution of them could lead to felony charges in many states. Furthermore, this classification also supposedly means mushrooms have a high potential for abuse, no currently accepted medical use, and a lack of accepted safety for use under medical supervision  [3]  . This idea was widely adopted after the counterculture movement at the end of the 1960s, where the use of psychedelics was often promoted. However, despite their Schedule I status, a small number of studies have been cleared by the FDA to explore the effects that psilocybin mushrooms have on the human body.

Psilocybin has long been speculated to engender long-lasting personality changes in users. This speculation was supported in multiple studies led by Dr. Roland Griffiths, a professor of neuroscience at Johns Hopkins University. In 2011, his research studies demonstrated that under supportive conditions, psilocybin brought about mystical-experiences that had persisting positive effects on attitudes, mood, and behavior of the user  [2]  (the quotations at the beginning of the article are from this study.) In another 2011 study, Dr. Griffiths found that controlled administration of psilocybin caused significant increases in the personality domain of Openness , implying long lasting increases in aesthetic appreciation, imagination, and creativity. Openness is a trait that employers often look for in potential hires, specifically because it reflects an individual’s openness to new experience. Interestingly, these effects persisted for more than one year after the session  [4]  .

In addition to personality changes, psilocybin also has potential in the treatment of addiction. In 2014, researchers found that psilocybin administration combined with cognitive behavioral therapy led to biologically verifiable smoking cessation in 80% of participants 6 months after treatment. It should also be noted that most current treatments for smoking cessation show abstinence rates of less than 35% after 6 months  [5]  . This year, researchers also found that treatments using psilocybin increased abstinence in alcoholics when compared to control treatments in the same subjects. These results were largely maintained up to 36 weeks after the conclusion of treatment  [6]  . This early research suggests that psilocybin-assisted therapy might be a promising treatment of addiction in the future.

There is some evidence indicating that mushrooms may not even warrant classification as a “drug of abuse.” A study from 2010 examined data regarding the usage of twenty popular recreational drugs, including psilocybin mushrooms. The study defined a “mean harm score” using a multicriteria decision analysis model that quantified the amount of harm brought upon users and other members of society by a specific drug. Unexpectedly, alcohol (which topped the list as most harmful), tobacco, and cannabis were all considered to be more harmful than psilocybin mushrooms, which rounded out the bottom of the list  [7]  . This is supported by the fact that psilocybin is remarkably non-toxic to the body’s organs  [2]  . Although alcohol, tobacco, and cannabis are widely legal (or soon to be) and generally considered to be “softer” drugs, it is suggested that mushrooms may actually be a safer substance, with fewer inherent risks to the user and society.

In spite of research suggesting psilocybin’s potential therapeutic uses, the drug remains a Schedule I substance. This status makes it an arduous task to conduct clinical and experimental studies to learn more about this curious fungi. Recent evidence brings into question the current classification of psilocybin mushrooms as an unsafe and easily abused substance with no accepted medical or recreational use. Our current culture surrounding the drug scheduling system make many substances with potential applications in neuroscience and medical research largely inaccessible. As a society, we should assess our reasoning for making a substance illegal, and ponder whether the current schedule status of mushrooms is appropriate. Reform of this system may make it easier for scientists to explore the medicinal properties of these incredible mushrooms. 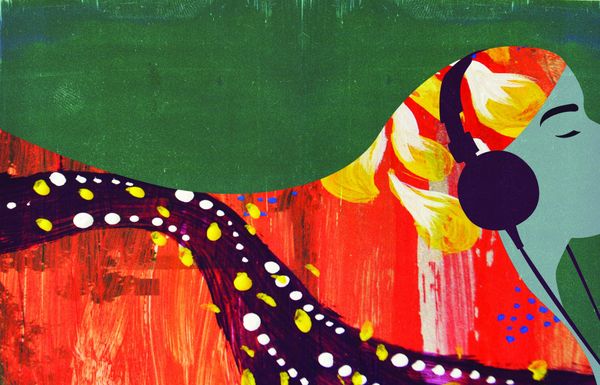 IntroductionAsk any person to name the things in life that bring them pleasure, and chances are good that they will mention music. Music is a universal source of enjoyment for

It is hard to imagine a life without memory. Childhood memories and experiences continue to shape how one grows and develops as an adult. Everyone carves time out of their