The ability to help treat blindness and restore mobility to those with paralysis is approaching reality as neuroscientists develop neural interfaces to study and aid damaged neural systems [1]. At its core, a neural interface is an artificial system that uses electrodes and other technologies to repair neurological damage. They are frequently employed in brain-computer interfaces (BCIs), which consist of a direct communication pathway between the brain and an external machine. BCIs can be used to restore vision and motor function through invasive procedures in which electrodes are directly inserted into the patient’s brain [2].

Primitive neural interfaces have been used since the 1970s, when a single-array BCI with just 68 electrodes was implanted into a blind man’s visual cortex, allowing him to sense light and other shades of grey [3]. In 2002, the second-generation technology of the original 68-electrode implant allowed another visually impaired man to regain enough vision, albeit imperfect, to slowly drive a car around a parking lot. In terms of restoring movement, Matt Nagle, who was paralyzed in all four limbs, became the first man to move an artificial hand solely using his mind [3]. With the help of a 96-electrode chip implant in his precentral gyrus, a section of the motor cortex used for arm movement, Nagle was able to have rudimentary control of his fingers and move a cursor on a computer with his brain. As research to further improve neural interfaces continues, a new approach to treating neural damage is being developed with conducting polymers.

Many neural interfaces use metallic electrodes with electric currents to map and record neural connections and stimulate neural activity [1]. Although metallic electrodes in neural interfaces have been widely used to a degree of success, such as partially restoring vision or allowing limited mental control over prosthetics, over the past few decades their performance capabilities have begun to plateau due to certain disadvantages [4]. One of the main disadvantages of metals is their incompatibility with surrounding organic tissues, which leads to problems when they are placed in the body. Metals that are more than four times stiffer than neural tissue often cause inflammatory reactions and other problems with tissue interaction, such as excess rigidity and the inability to move naturally with the tissue [5][6]. Even with current flexible metallic arrays, their incompatibility with cells triggers a foreign-body response that results in scar tissue at the neural surface. This prevents the electrodes from directly contacting the targeted neural tissue, which affects the accuracy and effectiveness of the devices [7].

On the other hand, the use of organic materials such as conducting polymers (CPs) has been popular in next-generation neural interfaces due to their more adjustable attributes and flexible platform technology. CP coatings are made from organic polymer chains, so they do not trigger as harsh of a foreign body response from the tissue [8]. Researchers are working to make the metals more compatible by using iridium and titanium nitride-based coatings to help ease inflammatory responses, but these materials are still relatively stiff and create similar bio-compatibility issues [9]. CP materials can be altered to change their properties to match the specific needs of a particular neural interface. For example, proteins can be added to CPs to promote specific cellular responses, such as controlled protein release when an electric charge is run through the CP-coated electrode. Additionally, CP-based coatings on metal electrodes have been proven to deliver charge efficiently at the neuro-prosthetic interface and produce higher quality recordings in diagnostics and monitoring [10][11]. CP-augmented electrodes can also be made smaller to target more specific neural tissues. They are not only more organically compatible than metallic electrodes but can also be modified in thickness and conductivity depending on the type of tissue [12][13].

There are several different types of CPs that can be used for biomedical applications, with each type presenting its own advantages and disadvantages. “Rough” CPs are made of smaller dopant anions, which are trace impurity elements added to improve the electrode’s conductive properties; however, they suffer from friable mechanics that prohibit their use in implanted devices [14]. On the other hand, “smoother” CPs have improved bio-compatibility due to more cohesive film properties but lack the needed charge-transfer capacity, so the coatings start to break down after repeated electrical cycles [15].

This trade-off between different types of CPs led to the development of CP composites, which retain the advantages of both “rough” and “smooth” CPs. CP composites are improvements of homogenous CPs because they are able to retain the electrical properties of CPs when combined with hydrogels to improve biocompatibility. A popular CP composite is, which is coated with a hydrogel to support charge-storage capacity and decrease the electrical impedance of the electrode while remaining chemically stable. The hydrogel expands in aqueous environments, which both increases the area in which charge can be transferred and surrounds the friable electrode, preventing material loss when implanted in the tissue [16].

The latter property is particularly important in neural interfaces because small particulate matter from material loss can easily cause an immune reaction in the tissue, resulting in scar tissue that will impede the performance of the implant [15][17]. One such example is a study conducted by Turner and colleagues on neural recording implants in rat cortices, where reactive scar tissue formation in the rats’ brains was observed after four to six weeks [17]. In the experiment with the rat cortex, the platinum electrode elicited a scar tissue formation twice that of the PEDOT-coated CP. Due to the decreased impedance from the lesser volume of scar tissue, the PEDOT trials found a 17% increase in recordable units compared to the uncoated controls [18].

Another benefit of complex CP composites is that they have the ability to incorporate large volumes of bioactive molecules such as laminin peptides, which aid in neural stem cell growth. Laminin peptides can be bound, passively released, or released in a controlled manner when they are combined with organic materials such as hydrogels and other synthetic polymers with elastic qualities [19]. This is a very important feature that can be applied to neural regeneration, where proteins and other molecules can be effectively used in therapeutic drug delivery systems.

There are three main neural applications of CPs: neural recordings, neural stimulation, and neural regeneration. Neural recording devices are mainly used in BCIs or other diagnostic devices. Researchers employ miniature electrodes so they can detect signals and activity spikes from individual cells. CPs have the potential to be made with smaller electrodes because they can undergo a process called electroplating. In this process, an electric current is used to create a thin coating around an electrode, enabling the creation of smaller electrodes with smaller coating volumes that can detect activities from individual cells. Smaller electrodes will also minimize damage to neurons during implantation. Implantation trauma is estimated to create a “kill zone” of about 100 micrometers around the implant, so creating a smaller implant size will reduce this factor [17].

In several in vivo studies on rats and guinea pigs using CP arrays in neural recording devices, researchers found improvements in both the signal-to-noise ratio (SNR) and in the number of cell events recorded. Additionally, this reduces the amount of electrical impedance by half [18][20]. However, experiments conducted using CP composites with hydrogel coatings did not result in any improvements in the neural interfaces. While the hydrogel-covered CP composites showed promise in better adjusting the metal electrodes to the organic tissue, the expansion of the hydrogel caused too much displacement in the tissue [21].

Smaller electrodes are also valued in stimulating devices because they are able to target more specific areas of the brain and result in more accurate responses in movement, recording, and local drug delivery. Currently, many electrodes are composed of platinum, which produces changes in local pH and generates gases that can damage both the tissue and electrode. Therefore, platinum electrodes are limited by both their size and the amount of charge they can sustain [22]. Research has shown that PEDOT has a limiting electrical charge range that is 10 to 30 times greater than that of platinum electrodes, and experiments performed using PEDOT in vivo in felines have shown that electrical impedance using PEDOT is 50% less than that of platinum.

In neural regeneration, such as visual impairment treatments, CPs are being used in axonal growth. CPs can serve as substrate materials that promote axonal  regeneration by electrical stimulation and delivery of neurotrophins, a family of proteins that induce neuronal development [23][24]. Smith and colleagues combined a CP called polypyrrole (PPy) with another CP, PSS, on indium tin oxide substrates to study the effect of electrical stimulation on axon regeneration. The results showed a significant growth in axon length compared to the control group [23].

In another experiment with PPy, neural cells were cultured on PPy film that had previously adsorbed fibronectin, a serum protein, and showed longer axonal growth than cells that were not cultured with the protein [25]. This demonstrates that increased protein absorption of neural cells due to CP polymers leads to improved axon regeneration, which is key in repairing the neural pathways that can restore movement and sight. Another experiment conducted with Ppy used deafened guinea pigs and delivered nerve growth factor in combination with electrical stimulation; results showed significant implant performance of hearing recovery after an implant period of just two weeks [26]. In another study, conducted by Abidian and colleagues, hybrid PEDOT-hydrogel conduits, abbreviated by FPEDOTA and PPEDOTA, were implanted across rats’ nerve gaps in the lower leg region. The results found that FPEDOTA and PPEDOTA supported superior neural regeneration when compared to plain hydrogel conduits [27]. In the future, a similar procedure may be used to treat humans with nerve damage.

Next Steps for Conducting Polymers

Overall, the future applications of CPs in neural interfaces may contribute to neural regeneration and sensory recovery. Experiments with CP implants in rodents have already yielded promising results in limb movement, hearing, neural recording, and neural stimulation. CPs have also shown great advantages in reducing electrode size while having a higher charge capacity. However, CPs still possess many weaknesses that must be dealt with, such as hydrogel expansion, immune reactions that lead to scar tissue, and other unknown factors. Research that improves CP biocompatibility while maintaining electrical properties and reducing scar tissue volume is the next step in neural interfaces. 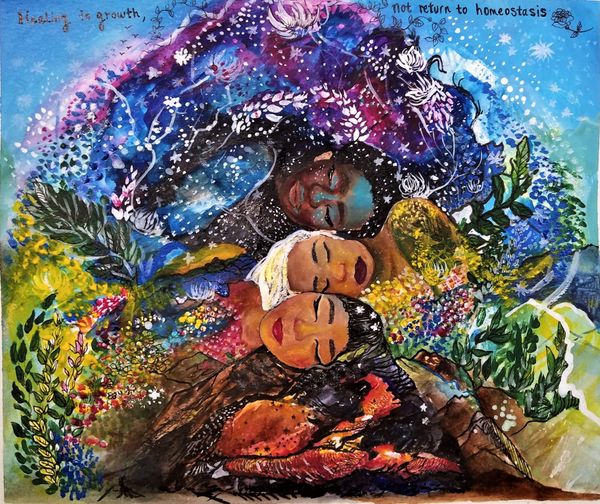 A quick Google search for “addiction” gives over 800 million results in less than a second. This vast cyberspace includes hotline numbers, treatment facilities, and heartbreaking statistics. According to the 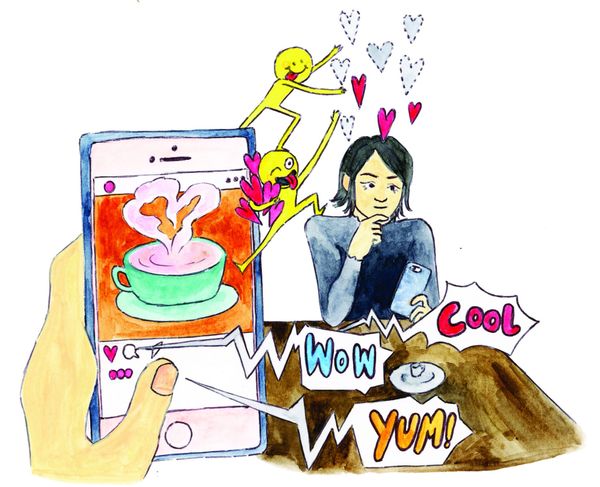