It has long been thought that behaviors involving diet and exercise can be used to change the shape of one’s body; however, is it possible to use behavior to reshape one’s brain? As researchers in neuroscience continue to explore the connections between the mind and the brain, meditation—a practice with ancient origins—has become an area of growing interest in the scientific community.

Flashback: on the first day of my first neuroscience class, the professor provocatively announced, “As I am speaking to you now, I am changing the physical structure of your brain.” The reasoning behind this awe-inspiring statement, as I later found out, was rooted in work conducted by Canadian psychologist, Donald Hebb. To be more specific, Hebb believed that the ability of neurons to selectively alter the ways they wire together was the physical basis behind mental associations. In 1949, Hebb postulated that groups of neurons which he called, “Cell assemblies,” could be formed—and their synapses strengthened—via persistent activation  [4]  . In other words, Hebb’s cell assembly theory suggests that mental activity has the power to alter the physical circuitry of the brain!

Since Hebb’s initial hypothesis, much research has been done confirming similar phenomena. (For more information, see prior posts SFN, Day 4 and SFN, Day 2 .) The question remains, though, of which behaviors people can engage in to activate such phenomena. The rest of this article will examine meditation as one example of a practice with the potential to alter the physical state of the brain.

While there are many traditions that engage in contemplative practice, Buddhist mindfulness meditation has often been selected for investigation due to Buddhism’s detailed focus on the nature of the mind. In his book,  Buddha’s Brain: The Practical Neuroscience of Happiness, Love, and Wisdom  , Dr. Rick Hanson describes mindfulness as a way for people to use their mind to observe and change their brain because “What flows through [the] mind sculpts [the] brain”  [1]  .

In fact, Eileen Luders and her colleagues at UCLA Department of Neurology have used brain imaging techniques to investigate physical differences between the brains of long-term meditators and non-meditators. Their results showed a correlation between long-term meditation habits and increased structural connectivity (in the form of white matter) throughout the CNS, including association areas of the cerebral cortex as well as the corticospinal tract. The research team quantified connectivity with a metric called “Fractional Anisotropy” which measures white matter fiber density, axonal diameter, and degree of myelination. However, Luders et al. indicate a need for future longitudinal research in order to explore the possibility that these brain characteristics could actually predispose people to choose meditative practice rather than being a direct result of long-term meditation  [3]  .

Delving deeper into the matter, a team of researchers from the Barcelona Institute of Biomedical Research in Spain, the University of Wisconsin-Madison, and the Lyon Neuroscience Research Center in France have found evidence that suggests meditation may also alter the gene expression of individual cells, in addition to the connectivity of groups of neurons. Rather than investigating long-term effects, Kaliman et al. looked for rapid changes in expression of epigenetic modulatory genes (EMGs) and pro-inflammatory genes (PIGs) in a group of experienced meditators during a day of intensive meditation versus a control group participating in quiet, leisure activities such as reading and playing computer games. The team focused on EMGs responsible for modification of histones, proteins that function as spools to wrap and regulate expression of DNA. Since histone modification is thought to play a role in inflammatory pathways (among other things), Kaliman et al. investigated whether changes in EMG expression were also accompanied by changes in PIG expression  [2]  .

Both the experimental and control groups were found to have similar baseline levels of expression of histone modification genes as well as PIGs; however, after meditation, it was found that the experienced meditators showed a significant downregulation of the histone-modifiying protein, Histone Deaceytlase (HDAC), as well as downregulation of PIGs which code for the proteins, Cyclooxygenase 2 (COX2) and Receptor-Interacting Serine-Threonine Kinase 2 (RIPK2). As a result, Kaliman et al. concluded that mindfulness meditation appears to have effects on the brain similar to those of certain anti-inflammatory drugs, and could therefore be useful in management of pain and stress  [2]  .

It is becoming increasingly clear that meditation has the ability to affect the brain in positive ways, and this means that the mind may be more useful than previously known for improving physical health. For example, those who pursue physical fitness may refer to the saying, “You are what you eat,” when deciding which foods to include in their diet. In terms of mindfulness meditation, on the other hand, it may be worth pondering whether “You are what you think” as well. 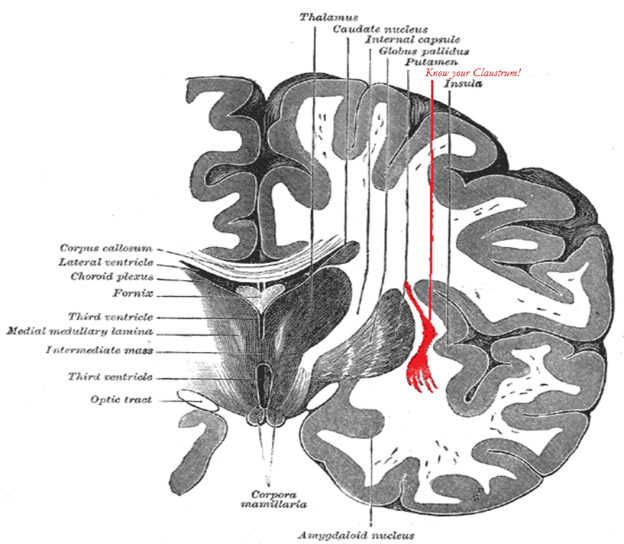 Hello Neuroscience Enthusiasts, Spring is here! Let’s celebrate the sunshine and cherry blossoms by geeking out about the brain. Grey Matters is an undergraduate neuroscience journal whose mission is to enhance public understanding, grow the neuroscience community, and develop accomplished science communicators. You