It seems like consciousness is always on everyone’s mind. Scientists constantly probe every millimeter of brain they can, from the frontal cortex to the brainstem, with hopes of mapping out the physiological underpinnings of consciousness. Until now, a tucked away brain region called the claustrum has slid by under the radar. But a recent case-study published in Epilepsy & Behavior provided interesting insight into how this sneaky slice of brain may relate to the black box of consciousness.

A modest, subcortical region, the claustrum is known to have widespread connectivity with many regions of the cerebral cortex – most of which loop back to the claustrum in some way. It also sends projections to more internal brain regions like the thalamus, hippocampus, and amygdala  [1, 2]  .

While performing electrical brain stimulation to examine the nature of a patient’s epilepsy, researchers and clinicians led by Mohamad Z. Koubeissi, director of George Washington University’s Epilepsy Center, uncovered the ability to selectively arrest consciousness in an awake, behaving patient. The location of the crucial stimulation, shown as a red dot (Figure 2), was suspiciously close to the claustrum. This, coupled with the attention it has received by influential neuroscientists in the past, makes the claustrum a piece of the brain that might be worth knowing  [3]  .

In relation to epilepsy, it makes sense that a region with very broad connections would be a good place to probe while examining a patient, but can the same be said for consciousness?

Neuroscientists Cristof Koch and Francis Crick put forth an interesting argument for the claustrum as a potential structure involved in our conscious experience for precisely this reason. Its interconnectivity with various brain regions endows it with the potential to act as a “conductor coordinating a group of players in the orchestra”, effectively synchronizing our senses in a timely manner  [1]  .

But before waving our hands any more than we already have about the claustrum’s role in consciousness, certain points should be considered. First, it should be noted that the claustrum is in close association with other brain regions, particularly the insula, as noted by Koubeissi et. al., so it could be that stimulation affected both regions  [3]  . However, the researchers who took part in the study note that the region stimulated to knock out consciousness was the closest to the claustrum, and report that stimulation of nearby regions (within 5 mm) did not produce the same result.  What may be more cause for skepticism, however, is that these results have only been seen in one patient, on one side of the brain. Until more trials have been run, the claims should be held under strict scrutiny.

Considering the implications of such a finding it will be exciting to see what research follows. Are we closer to placing a piece in the puzzle of consciousness? Or are we stumbling down a convincing dead end? At this point, it appears the best way to find out is to know your claustrum.

Grey Matters Journal is having a welcome  party  meeting. Come learn more about the journal, our work, and how you can get involved. We will meet Thursday, October 2 at 6:30 p.m. in Allen Library . Food and prizes to accompany brain geekery. 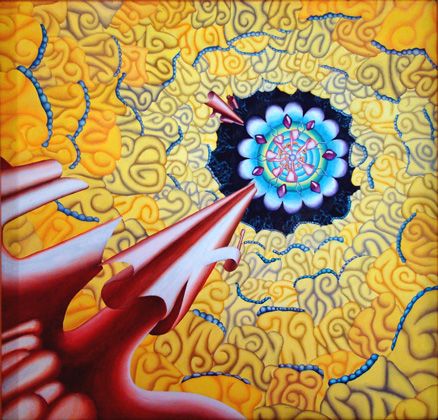 It has long been thought that behaviors involving diet and exercise can be used to change the shape of one’s body; however, is it possible to use behavior to