The Pollution Problem: How Pollution is Affecting our Brains

Take a deep breath in. Exhale out. Take another deep breath in. Exhale out. Take deep breaths to center and calm yourself. This is a common strategy to rid the body of stressful and angry emotions. But what if deep breathing actually creates stressors instead of reducing them? Pollution is in the air we breathe, in the clothes we wear, and yet, its harmful effects are often overlooked. Air pollution is made of a combination of particulates and gases that are generally created from industrial processes, highway vehicles, and other mobile sources [1]. The six most common pollutants are carbon monoxide, lead, nitrogen dioxide, ozone, particulate matter (PM), and sulfur dioxide [1]. While studies on the effects of pollution tend to focus on the respiratory system, pollution’s effects on the central nervous system (CNS) could be a danger as well.

PM2.5 , a type of particulate matter that is generally smaller than 2.5 micrometers, as well as ozone, a reactive gas that forms from reactions between pollutants in the atmosphere, have been studied over their effects on the brain [1][2]. Studies on PM2.5 and ozone have supported that they could alter the functioning of the CNS, particularly affecting the way the brain responds to stress [3][4]. Recent research has focused on determining how the pollutants affect the brain, and how this information can be used to minimize the impact of pollutants on the brain.

In addition to the effects on the brain, pollutants can have significant effects on the rest of the body. PM2.5, which is mainly formed from the condensation of combustion materials or atmospheric gasses, can be made of hundreds of chemicals, such as sulfate, strong acid, and nitrate, which can be toxic to the human body [5]. Furthermore, because PM2.5 is about thirty times smaller than the width of an average human hair, when it enters the body, it can reach places most particles are unable to access, such as the lungs or bloodstream, and interfere with body processes [6]. The risks of high amounts of ambient PM2.5 are substantial, given that in 2015,  ambient PM2.5 was the fifth highest mortality risk factor in the world, causing 3.7 to 4.8 million deaths that year due to its involvement in many conditions including heart disease, lung cancer, and lower respiratory infections [7]. As more research is conducted, researchers will hopefully learn more about how to counteract the effects of pollution on both the body and the brain.

Research on how PM2.5 and ozone affect the brain has indicated that both can disrupt the brain’s process of responding to stress [8]. The brain regulates responses to stress through the hypothalamic-pituitary-adrenal (HPA) axis, a neuroendocrine system within the CNS [8]. The HPA axis is responsible for why your heart might start racing before a big exam or when your favorite sports team is in the last few minutes of a game. This stress response helps you become focused and ready to deal with the stressful or exciting event. When a person becomes stressed, their body activates the HPA axis and helps regulate physiological responses to stress by releasing cortisol, a stress hormone [9]. The release of cortisol causes an increase in cognitive function, awareness, and breathing rate [9]. These responses are helpful in acute stress situations, but when they are chronically active, they can have harmful effects [10]. For example, a prolonged increase in heart rate due to chronic stress can damage the cardiovascular system, which may lead to conditions such as heart attacks or strokes [10]. Chronic stress is also associated with other conditions such as depression, cognitive decline, and immune dysregulation [4]. Exposure to PM2.5 and ozone has been associated with an increased amount of stress hormones in the brain [3][4]. This indicates that exposure to these pollutants can increase the stress response, leading the body to be more susceptible to the negative effects associated with chronic stress.

An association between PM2.5 and the dysregulation of the HPA axis was observed by Huichu Li and Dr. Jing Cai and their team from Fudan University [3]. They placed air filters in the rooms of fifty-five college students and recorded the levels of PM2.5 in the rooms as well as the levels of stress hormones in the students. It was observed that the students exposed to the highest levels of PM2.5 had the greatest levels of stress hormones [3]. While research has not yet discovered the exact mechanisms of how PM2.5 dysregulates the HPA axis, there are several proposed hypotheses to explain how this may occur [11].

One possible method centers around how PM2.5 particles have been shown to induce inflammation in the brain and activate the production of reactive oxygen species (ROS) [11][12]. These ROS’s undergo reactions that cause damage in the brain which is thought to disrupt the ability of the HPA axis to regulate the inhibition of cortisol [11] [13]. In the HPA axis, several processes are responsible for the inhibition of HPA axis activity [9]. One process involves receptors located throughout the brain which bind to certain stress hormones, such as cortisol. Once sufficient stress hormones have been detected, the receptors activate processes for the termination of HPA axis activity [9]. If inflammation and damage interfere with these receptors, then excess stress hormones will be produced.

A second proposed method is that PM2.5 could activate genes in neurons which increase the production of cortisol within the HPA axis [11][14]. Genes are sections of DNA in cells which, when active, initiate processes in the body. By activating certain genes associated with the regulation of the HPA axis, PM2.5 could increase the production of stress hormones [11][14].

Third, scientists have indicated that some particles can access the central nervous system of the brain by traveling through the blood-brain barrier, which is a barrier that regulates what materials can move from the blood to the brain [11][15][16]. Once the particles have entered the central nervous system, it is believed that particles may be able to directly interact with neurons in the HPA axis and disturb its functioning [11][15]. As research into how PM2.5 affects the brain continues, more details about the exact mechanisms of how PM2.5 particles activate the HPA axis are likely to be discovered.

Researchers are also investigating how different chemical compositions of PM2.5 affect the HPA axis. Researchers Niu and Chen and their colleagues from Fudan University attempted to find out more about different chemical compositions of PM2.5 by measuring the composition of the particulates inhaled by forty college students as well as the students’ levels of cortisol [11]. They found that soluble particles, which can dissolve within water in the body, are able to affect the HPA axis more than insoluble particles, which cannot dissolve in the human body. The study demonstrated that inhalation of soluble PM2.5 particles, such as nitrate and ammonium, resulted in sharp increases in the levels of the stress hormones, whereas the inhalation of insoluble carbon particles only had a weak effect. The results of the experiment suggested that nitrate had an especially strong effect on the HPA axis. Nitrate is associated with more toxicity and negative health effects than other particles, including greater inflammatory responses, which may explain the impacts of nitrate on HPA axis activity.

The exact reasons why carbon particles had a weaker association with increased levels of stress hormones are unknown. However, insoluble carbon particles have been associated with causing damage to cells through directly contacting the neurons [11][18]. Scientists have suggested that only a small percentage of small-sized carbon particles may have the ability to reach the central nervous system and cause damage to cells [11]. As a result, most carbon particles may be unable to directly reach and contact the neurons in the HPA axis, leading to a smaller activation of the HPA axis. The results of the study by Niu, Chen, and their colleagues suggest the need to reduce specific types of pollution like nitrates through controlling their output or inducing chemical changes in order to minimize the effects of those pollutants on the HPA axis  [11].

Ozone and the Stress Response

While ozone residing in the upper levels of the atmosphere helps to reduce the amount of ultraviolet light reaching the earth, lower level ozone is a pollutant that has been linked to health concerns such as difficulty breathing and lung damage [2]. Similar to PM2.5, the inhalation of lower level ozone has also been linked to an increase in stress hormone levels [4]. Thomson and colleagues from the Environmental Health Science and Research Bureau of Health Canada conducted an experiment to investigate more about how ozone affects the brain [4]. After exposing rats to ozone, the scientists observed that the rats’ levels of stress hormones increased. The researchers also observed that genes which regulate the release of stress hormones were being activated by the ozone. In order to support the results, the researchers exposed the rats to a drug which blocked the genes associated with the release of stress hormones from activating and, as a result, were able to establish a baseline level of stress hormones that are present when the genes are not being activated. After being exposed to the drug, the rats’ level of stress hormone activation was lower than the levels that were present when the rats were exposed to only ozone. This supported that ozone was responsible for causing an increase in the activation of the regulatory genes of the HPA axis [4]. In addition to affecting the HPA axis, ozone may cause damage in other parts of the brain by increasing the level of ROS in the brain [12]. More research is necessary, however, to understand the impact of ozone on the brain and ways to prevent ozone-related damage.

With the negative health effects of pollution becoming clearer, steps need to be taken in order to reduce pollution. The levels of pollution being released globally are still large. In 2018 alone about 1.6 million tons of PM2.5 were produced [1]. People living in areas of high pollution may bear some of the worse consequences. In a study on pollution in Metropolitan Mexico City, a high pollution area, researchers found that the brains of residents had increased levels of inflammation and damage, as well as more signs of the early stages of Alzheimer’s disease and Parkinson’s disease that were not seen in people from regions with less air pollution [19]. This is a concerning result as the study suggests that people living in high pollution areas are more likely to develop harmful changes in brain function. This indicates the necessity of reducing pollution levels in highly populated cities. 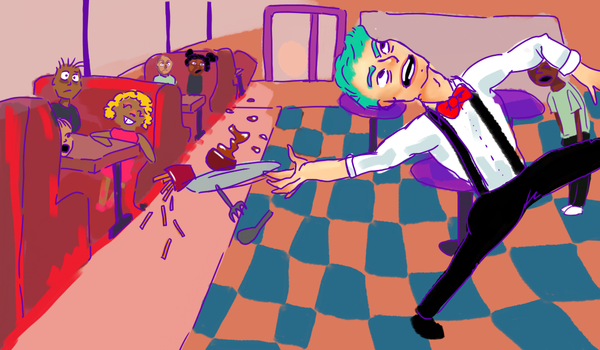 Have you ever been on the brink of sleep when you get hit with a memory of something embarrassing that you did in the past? Maybe even just remembering the moment makes you cringe and fully wake up. 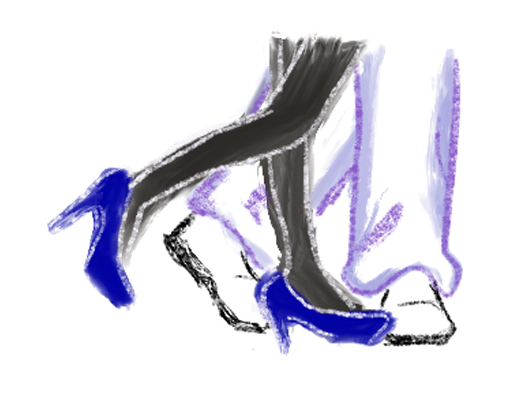 It starts with the hand lift – the body moves with the melody while the mind thinks about a feeling that has yet to be worked and the lungs breathe as they travel through space. Calmness, happiness, release.