Look outside, what do you see? What you see outside varies greatly depending on where you live and what time of the year it is. If it’s summertime, you might look outside and see bright skies and sunlight. If it's wintertime, you might see grey clouds and rain, particularly if you are living in Seattle, WA. Seasons change and people change, but how can the changing environment affect people? Individuals with a mood disorder known as Seasonal Affective Disorder (SAD) experience the yearly recurrence of depressive episodes during the autumn and winter seasons. They then experience a remission of symptoms during the summertime. Understanding this disorder is important, as depressive episodes can significantly hamper one’s ability to achieve goals and sustain typical functions, such as working and doing activities. As such, uncovering more about its mechanism and improving treatment options is essential.

What is Seasonal Affective Disorder?

Seasonal Affective Disorder is classified as a type of major depression [1]. People with SAD experience a variety of symptoms with the onset of winter, including loss of energy, social withdrawal, increased appetite, and hypersomnia, a condition characterized by excessive sleepiness [2][3]. In addition, symptoms can also include depressive thoughts, anxiety, and agitation [1]. Some people with SAD may experience mild mood and behavior changes while others may become incapacitated and lose their ability to maintain typical functions [1].

SAD was first identified and classified as a condition in the 1980s [1]. Some of the early research into SAD was conducted by Dr. Norman Rosenthal. After moving from South Africa to New York City, he noticed that while he felt energetic in the summer, he began to experience depressive symptoms as daytimes were shortened in the winter [4]. This led him to investigate seasonal mood disorders and SAD with Dr. Thomas Wehr and Dr. Alfred Lewy at the National Institutes of Mental Health [4][1]. Because the identification and classification of SAD is relatively recent, the mechanisms underlying SAD are still unknown. However, several theories attempt to explain the phenomena.

Theories about the Mechanism of SAD:

The circadian phase-shift hypothesis is a major theory about the mechanism of SAD. This theory proposes that the later sunrise and earlier dawn in the winter months leads to a shift in sleep/wake cycles, also known as circadian rhythms [5]. It is believed this shift in circadian rhythm leads to the development of depressive symptoms in people with SAD [5]. Recent research indicates that circadian rhythms are maintained through cellular circadian clocks in the suprachiasmatic nucleus (SCN), the primary pacemaker of the brain [6]. The SCN maintains circadian rhythms by using sensory information about light conditions received from a layer of tissue located in the back of the eye called the retina, which is responsible for perceiving light information and converting it into signals that are sent to the brain. Specific cells in the retina containing the photopigment melanopsin are responsible for sending information about light conditions to the SCN [7][6]. These melanopsin-containing cells may be involved in circadian regulation, energy processes, and sleep regulation [8]. As a result, irregularities in the sensitivity of melanopsin-containing cells to light could be involved in the mechanism of SAD [8]. A study led by Dr. Roecklein at the University of Pittsburgh suggests that patients with SAD may have decreased retinal sensitivity [8]. In the study, eye sensitivity to light was measured by examining changes in the constriction of the pupil after light has been turned off, also known as the post-illumination pupil response (PIPR). The results indicated that patients with SAD have less pronounced melanopsin-specific PIPR during the winter months than healthy people. This result could indicate that patients with SAD have reduced melanopsin sensitivity. Reduced melanopsin sensitivity to light could contribute to the development of impaired circadian rhythms, reduced alertness, and changes in sleep regulation in patients with SAD [8].

Despite uncertainty about the cause of SAD, there are several treatments for the disorder. Light therapy is often a first treatment method for SAD in efforts to correct circadian rhythms [2]. SAD patients are exposed to bright light of about 10,000 lux for about 30 to 45 minutes per session, often in the morning as an effort to correct circadian phases. If people’s circadian rhythms have been delayed due to having a later dawn in the winter, then being treated with light therapy in the morning hours could potentially correct this. However, light therapy can also be effective when given in the evening or midday, and there has yet to be conclusive evidence that light therapy is more effective in the morning [2].

Antidepressants are also frequently used in the treatment of SAD [12]. One common class of antidepressants used for SAD are selective serotonin reuptake inhibitors (SSRIs), which decrease the ability of serotonin transporters to bind serotonin [12] [13]. As such, SSRIs may be able to correct an imbalance of serotonin and potentially help to stabilize mood changes. However, while antidepressants are often used to treat SAD, few studies have been conducted on their effectiveness in treating the disorder [2]. So far only one antidepressant, bupropion XL, has been specifically approved by the FDA for the prevention of SAD [12]. As a result, there is a need for more knowledge about how different antidepressants may be effective at treating and preventing SAD.

Therapy is a common treatment for mental health disorders. One form of therapy used to treat SAD is known as Cognitive-Behavioral Therapy for Seasonal Affective Disorder (CBT-SAD). This therapy aims to increase engagement in patients through behavioral activation, in which patients are encouraged to do activities that make them happy during the winter [14] [15]. In addition, this type of therapy uses cognitive restructuring to help patients identify and challenge depressive thoughts, particularly related to aspects of winter such as low light levels and cold weather [14] [15]. In a study examining treatment effects on SAD patients, Dr. Kelly Rohan and his team from the Uniformed Services University of the Health Sciences used CBT-SAD to help patients restructure negative thoughts brought on by winter conditions and lack of light [16]. To prevent relapses in depressive symptoms, they helped patients identify negative anticipatory thoughts about wintertime and taught patients skills to help them through future winter seasons. The study found that patients treated with either CBT, light therapy, or a combination of CBT and light therapy all experienced a reduction of depressive symptoms. In addition, they discovered that a combination of CBT and light therapy effectively improved long-term remission of depressive symptoms and prevented relapses [16]. The book Coping With the Seasons a Cognitive-Behavioral Approach to Seasonal Affective Disorder : Therapist guide by Dr. Kelly Rohan provides an example of how CBT-SAD can help SAD patients [15]. In the book, it is proposed that a patient may feel that “Winter is horrible! This cold, dark weather will never go away, and I’ll feel badly forever” [15]. CBT-SAD would aim to help this patient identify this as a negative thought that is maximizing the negative aspects of winter and minimizing the positive associations with the winter season. Patients are encouraged to reflect about how negative thoughts make them feel, consider if they can see their negative thoughts from a different perspective, and reflect on restructuring thoughts to be more helpful. An example of this proposed by Dr. Rohan is restructuring the thought, “I hate winter” into “I prefer summer to winter” [15].

Research into the effectiveness of different treatments for SAD is ongoing. Dr. Rohan, Dr. Meyerhoff, and colleagues from the University of Vermont investigated the efficacy of light therapy compared to CBT-SAD [17]. They found that the two treatments resulted in comparable treatment remission in patients, with light therapy resulting in a post-treatment remission rate of 47.2% and CBT-SAD resulting in a post-treatment remission rate of 47.6% [17]. Additionally, Dr. Meyerhoff and Dr. Rohan conducted a study with Dr. Young from the Illinois Institute of Technology which examined the rate at which light therapy and CBT-SAD improve SAD symptoms [14]. They found that light therapy resulted in greater improvement for symptoms such as early insomnia, psychic anxiety, hypersomnia, and social withdrawal. The results that early insomnia and hypersomnia improved faster with light therapy supports the idea that light therapy corrects a shift in circadian rhythm, further supporting the circadian phase-shift hypothesis [14].

With the variety of current treatments of SAD, such as light therapy, antidepressants, and CBT, future research aims to improve current treatment methods and develop new treatments. Additionally, there is still a lot that is unknown about the nature of the disorder. While research has made advancements that support the phase-shift hypothesis, there are no definitive conclusions about the mechanism of the disorder. As a result, there is a need for more research on the disorder’s mechanism and about how to treat it effectively. Gaining a better understanding of the disorder could help physicians and psychiatrists properly identify and diagnose SAD, allowing more people with SAD to gain access to treatments. There is still a lot of ambiguity surrounding SAD, but as more research is done, knowledge will uncover more treatments for people with SAD and hopefully lead to brighter days. 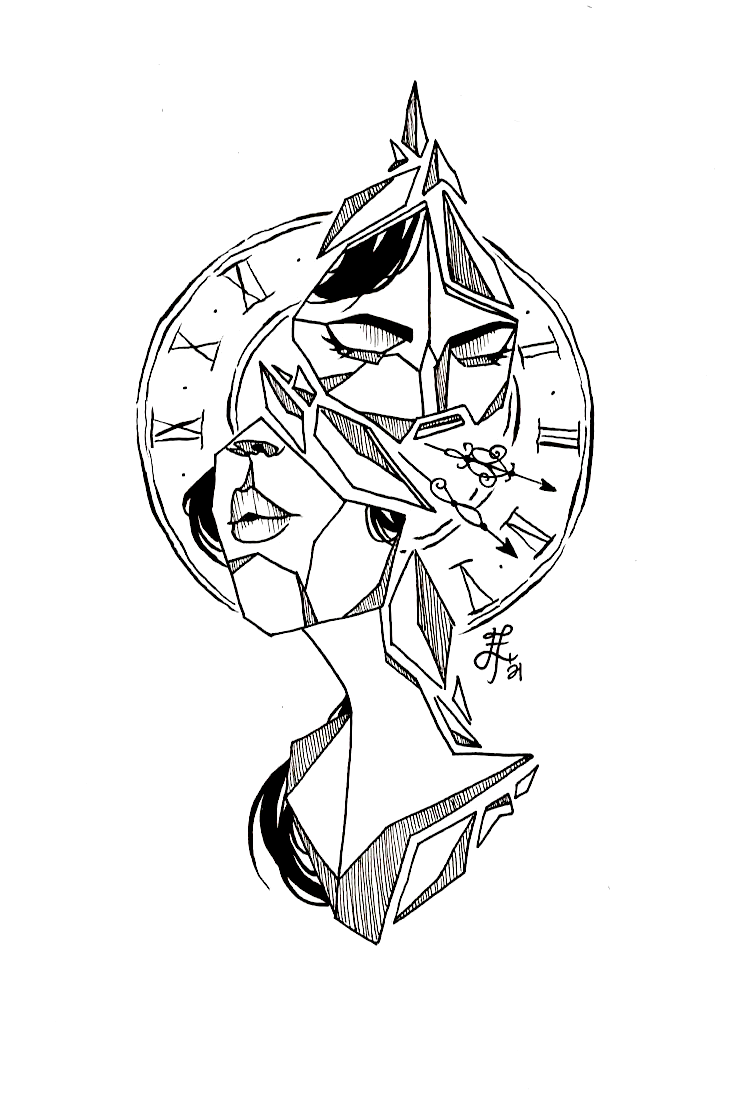 If you’ve gone grocery shopping recently, you’ve likely come across the word “keto-friendly” labeled on many foods. These foods are all marketed as low-carbohydrate and accompany the ketogenic diet (KD). 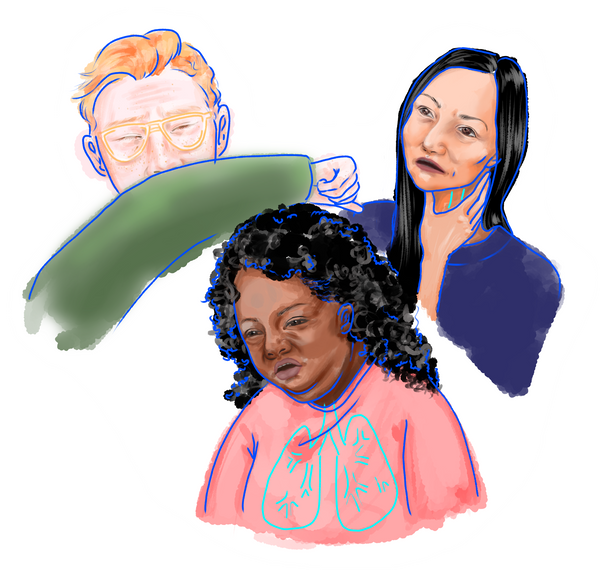 A sore throat. A cough. Difficulty breathing. In the post-2020 era, these symptoms are readily identifiable and directly related to an infection from the SARS-CoV-2 virus, which has taken the world by storm.