If you’ve gone grocery shopping recently, you’ve likely come across the word “keto-friendly” labeled on many foods. These foods are all marketed as low-carbohydrate and accompany the ketogenic diet (KD). In modern media, athletes, celebrities, and diabetic individuals utilize the ketogenic diet to lose weight effectively.  Aside from its  common association with being a great weight-loss method, the ketogenic diet emerged in the 1920s as a non-pharmaceutical treatment for intractable epilepsy or treatment-resistant epilepsy [1]. The ketogenic diet is a low-carbohydrate and fat-rich diet with restricted calories and fluids that put the user into ketosis, a metabolic state where the body uses fats as fuel instead of carbohydrates.  In the liver, fats are broken down into metabolites known as ketone bodies, which are used as an alternative fuel source when glucose is not available. In epilepsy, ketone bodies produced by the ketogenic diet have been found to have anticonvulsant effects.

Role as an Alternative Fuel Source

The ketogenic diet intervenes in neurodegenerative diseases in a variety of ways.  Most prominently, it serves as an alternate fuel source to glucose and as a signaling molecule in many biochemical pathways.

Replacing glucose as an energy source is a current target in research for Alzheimer’s Disease (AD), a neurodegenerative disease that affects over five and a half million individuals in the United States alone [2]. The disease is progressive and is characterized by neural deficits such as memory loss and struggles with cognitive function. Despite its high prevalence, the mechanism of onset is still unknown.  Current medications and treatments for AD temporarily alleviate symptoms but offer little in the way of disease-modifying effects [3].  Ketogenic diet research is exploring possible neuroprotective impacts of ketone bodies that may actually offer some disease reversal.

Disruption in the brain’s ability to use glucose is an early feature of AD, contributing to the disease’s development and progression.  The inability to utilize its primary fuel source results in energy-starved neurons and leads to a decrease in connections between neurons in the brain.  This dearth of connections manifests itself in memory difficulties and cognitive decline that impairs daily life activities.  Ketogenic diets aim to replace the brain’s normal food source of glucose with ketone bodies derived from fats [4].  Beyond fuel, ketones help stimulate the survival of neurons as well as promoting the growth of new connections.  By maintaining existing neurons and aiding nerve growth, ketogenic diets may introduce some repair and reversal in Alzheimer’s Disease [5].

One case study from the University of Cincinnati tested the efficacy of ketogenic diets by decreasing carbohydrate consumption.  After eight weeks of a diet limited to five to ten percent carbohydrate content, a group of elderly individuals with mild cognitive impairment showed improvements in their verbal memory performance.  The data revealed a positive correlation between ketone levels and memory performance.  This indicated that very low carbohydrate consumption, even over a short period, improved memory function in older adults at risk for AD [6].

Dr. Newport at Spring Hill Neonatalogy took a different approach to ketogenic therapy and elevated ketone levels through prolonged oral administration of a novel ketone supplement known as KME.  In this clinical case study, a patient with pronounced AD dementia symptoms received daily doses of KME over a twenty-month treatment period.  Following the first dose, the patient exhibited significant improvement in mood and ability to recite and write the alphabet, something he had previously been unable to do.  Days later, he began to initiate and complete many simple daily tasks without prompting or assistance.  After six to eight weeks of daily KME treatment, the patient showed notable improvement in memory retrieval, recalling events from the week prior without prompting.  He was also able to perform more complex tasks such as yard work and washing dishes by hand.  The marked improvement in mood, affect, self-care, cognitive ability, and daily activity performance were correlated with the increase in blood ketone body concentrations suggesting success in ketogenic diet administration to treat Alzheimer’s Disease [4].

The ketogenic diet has also been shown to be effective in managing symptoms of Huntington’s Disease (HD). HD is a neurodegenerative disorder caused by a genetic defect in the huntingtin gene resulting in cognitive defects and deterioration of motor skills. In addition to these symptoms, another major hallmark of HD is extreme weight loss, a symptom often associated with the onset of HD [7]. As this is a chronic disorder with no definite cure, current research has explored the ketogenic diet, it was hypothesized that the energy usage was more effective as the body didn’t need to switch fuel sources whenever fasting. Thus, the ketogenic diet has been explored as a possible solution to the abnormal metabolic effects of HD.

A study from Trinity College tested the effects of the ketogenic diet in improving weight loss symptoms in HD transgenic mice. Female and male mice were fed with an ad libitum diet for the entire duration of the study, meaning fed as much until satiation. At week six of age, half of the mice switched to a ketogenic diet consisting of a six to one ratio of fats and carbohydrates respectively. Body weight was measured regularly. It was found that there was a two-week delay in weight loss onset in both gender HD mice.  After twelve weeks, HD mice were euthanized and blood ketone measurements were taken. In HD mice fed with the ketogenic diet, there were increased levels of blood ketone compared to the wild-type mice indicating prolonged KD-induced ketosis [8]. This is thought to allow for a decreased rate of muscle atrophy and therefore, delayed onset of weight loss in HD. However, this hypothesis has yet to be solidified in the human model due to the lack of knowledge on how HD’s mechanism produces such symptoms.

Despite the lack of a definitive conclusion, the ketogenic diet was shown to have no negative side effects towards HD and suggests that metabolic therapies like the ketogenic diet may be a promising treatment to improve symptoms of HD.

Not only can the ketogenic diet bolster memory function in Alzheimer's patients, but it can also alleviate the symptoms associated with a similar disease known as Parkinson's Disease. This disease exhibits similar symptoms of memory loss and cognitive impairment like Alzheimer’s Disease, but is further characterized by motor skill impairment and depreciation. Medication and physical therapy are common treatments for Parkinson’s Disease, but many researchers are looking into dietary interventions to treat flaws in cellular processes and neuronal death especially in motor neurons.

Ketone bodies can play a significant role in treating Parkinson's Disease through their impact on cell signaling and protein modification. For example, ketone bodies can bind to underactive receptors in patients with Parkinson’s to activate pathways that regulate genes or modify proteins. These pathways are usually concerned with mitochondrial biogenesis, antioxidant defense systems, DNA repair, anti-inflammation, and apoptosis, otherwise known as  programmed cell death [9]. This is important because recent research reveals that the interplay between mitochondrial dysfunction and oxidative stress plays a significant role in the pathology of Parkinson’s Disease [10]. Oxidative stress is an imbalance of reactive oxygen species which frequently leads to cell and tissue damage. Reactive oxygen species are metabolic byproducts of metabolism and they are mainly produced by the mitochondria [11].  Consequently, by promoting mitochondrial biogenesis and antioxidant defenses, the ketone bodies counteract mitochondrial dysfunction and oxidative stress to minimize neural degeneration. Note that the aforementioned pathways also act to reduce inflammation and inhibit genes that promote cellular apoptosis. In other words, there exists evidence that the generation of ketone bodies through the ketogenic diet exerts neuroprotective benefits by reducing oxidative stress, minimizing inflammation, and inhibiting other factors that may contribute to apoptosis.

Through a pilot randomized controlled study at Waikato Hospital in New Zealand, forty-seven random patients were randomly assigned to either a low-fat diet group or a ketogenic diet group. Over eight weeks, patients were monitored through clinical visits and the researchers used the International Parkinson and Movement Disorder Society Unified Parkinson’s Disease Rating Scale (MDS-UPDRS) to measure changes in symptoms. While both diet groups faced similar improvement with their motor daily living experiences, the ketogenic diet group experienced a significantly larger improvement with their non-motor symptoms. On the other hand, those in the low-fat group were likely to face excessive hunger and those in the ketogenic group commonly experienced an intermittent exacerbation of Parkinson’s tremors and/or rigidity [12]. Non-motor symptoms like fatigue, daytime sleepiness, and depression exacerbate the impact of motor symptoms on patient health and well-being. Interestingly, conventional treatment such as L-dopa generally targets motor symptoms, so using the ketogenic diet in addition to conventional treatment may significantly increase patient well-being by alleviating both motor and non-motor symptoms. This study shows that the ketogenic diet is a plausible and safe treatment for Parkinson’s Disease. However, further research must be done to understand the mechanistic underpinnings of the ketogenic diet and more effectively reap its claimed benefits.

Despite the many positive effects of the ketogenic diet for neurodegenerative diseases, there is still low efficacy in the current administration. Broadly, ketogenic diets are a promising treatment for neurodegenerative diseases.  However, like when treating epilepsy, the mechanisms behind ketone bodies in the brain remain unclear.  We know ketogenic diets seem to have some neuroprotective and disease-modifying impacts, but further research needs to be done on the mechanisms behind this therapy to quantify its benefits.

With the many studies in ketogenic diet treatments, many lack generalizability. The majority of studies are done in vitro or in lower-level organisms and have yet to be implemented on human beings; thus, a conclusion cannot be drawn about its true effectiveness towards treating human neurodegenerative disorders [13].

Feasibility is also a major issue surrounding the ketogenic diet as a treatment for disorders. The few studies with human participants featured a relatively short therapy duration.  Without knowing the long-term impacts of these therapies it is difficult to say how significant ketogenic therapy may be in the future. Further studies are needed, especially looking into the long-term impact of ketogenic therapy on the symptoms and course of neurodegenerative diseases [13].

Despite these limitations, there are many areas of ongoing research to improve the ketogenic diet treatment. For instance, ketone supplements such as KME may be a way to avoid the challenges of conforming to ketogenic diets [4]. Additionally, another proposed solution has been to use direct ketone body salts injections [14]. This method has been tested in in-vitro models and has shown neuroprotective effects such as preventing hippocampal cell death, which leads to memory loss, and neurotoxin activity, which leads to deficits in motor and cognitive skills. Using direct injections of ketone bodies also promotes effective energy usage because the body skips the initial step of ketone processing and formation of ketone bodies.

The circumvention of glucose metabolism through the ketogenic diet is an exciting topic for neurodegenerative disease researchers and patients.  Ketone bodies have the potential to not only address patient symptoms but offer disease-modifying effects.  This is especially encouraging to patients with chronic, incurable illnesses that have limited options for treatments.  While the exact mechanisms behind ketogenic therapy are still unknown, there is strong support for the ketogenic diet as a low-risk therapeutic intervention in many neurodegenerative diseases. With dedication towards the research of these chronic diseases, we can now approach the diagnosis of neurodegenerative diseases with hope for tangible improvements and a better quality of life. 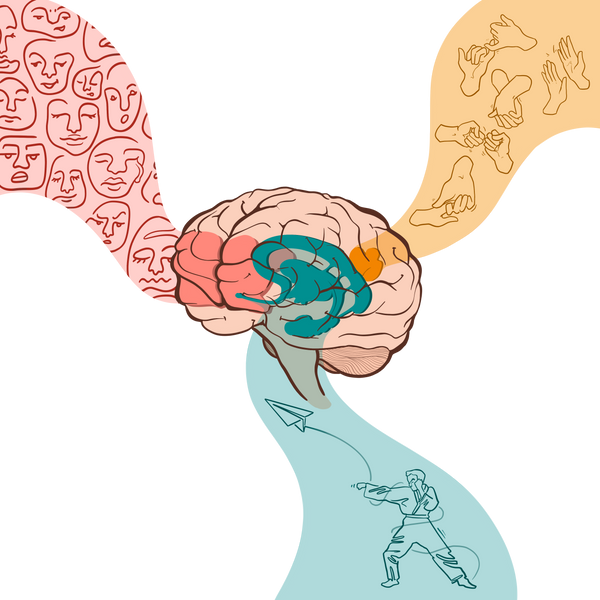 While we wait in elevator rides or drive to the grocery store, the majority of us don’t sit in silence: we go about our day-to-day lives accompanied by songs and soundtracks. 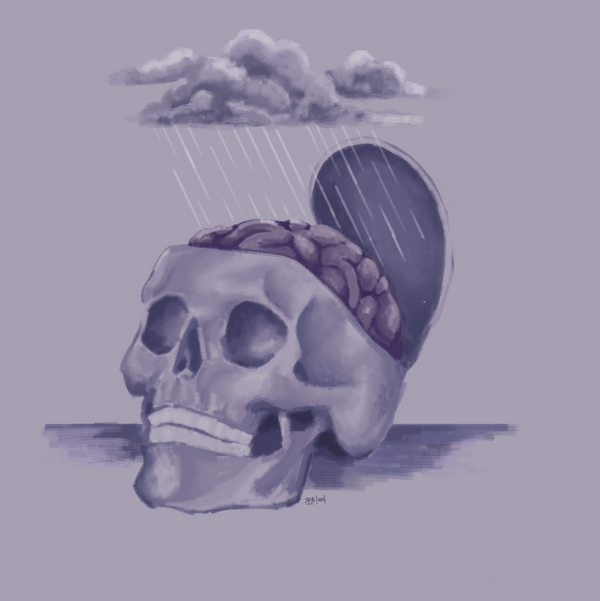 Look outside, what do you see? What you see outside varies greatly depending on where you live and what time of the year it is. If it’s summertime, you might look outside and see bright skies and sunlight.