How did you get here? Every person who is reading this article made a different set of decisions that led them to this point in time. The path of cumulative actions taken by each individual is different. It seems intuitive that the decision to read this article was made by you .

There is no debate that the subjective experience of free will exists. You could decide at this moment to close this article, or to continue reading. You could decide to lift your right finger and touch your nose. Most individuals feel that they are in control of their decisions, but for some, this is not the case. These individuals have described experiences of depersonalization and derealization, the feeling that they cannot control their actions.

In 2011, David Eagleman wrote an intriguing article discussing specific examples of people who felt they were not in control of their actions. In it, he points to the example of Charles Whitman, a happily married former marine who studied engineering at the University of Texas. On August 1st, 1966, Whitman awoke and made the decision to murder his wife and mother in their sleep. Later that day, he climbed to the top of the observation deck of the University of Texas Tower in Austin, carrying with him a footlocker of weapons. Whitman then proceeded to execute a shooting rampage, killing 12 people and wounding 32 more before being killed by police.

In a suicide letter, Whitman stated that he had been feeling like “a victim of his unusual and irrational thoughts.” He also went on to say, “It was after much thought that I decided to kill my wife, Kathy, tonight … I love her dearly, and she has been as fine a wife to me as any man could ever hope to have. I cannot rationally pinpoint any specific reason for doing this.  [1]

Interestingly, Whitman requested that an autopsy of his brain be performed. Doctors found a glioblastoma—a tumor the size of a nickel in diameter—that had been compressing his amygdala. The amygdala is a primitive structure in the brain responsible for the regulation of emotion—specifically fear and aggression.

Eagleman also examines the case of a man, “Alex,” who suddenly developed urges of pedophilia in his 40s. Alex’s previous sexual preferences were considered “normal” by our social standards: he was married and had no history of sexual misconduct. Within a short period of time, however, he had amassed extensive collection of child pornography, and was eventually confronted by his wife. Alex was arrested and sentenced to rehabilitation as an alternative to prison. He began to complain of increasingly painful headaches and eventually went to the emergency room, where a brain scan revealed a large tumor in his orbitofrontal cortex  [1]  .

Upon surgical removal of the tumor, Alex’s headaches—and his pedophilic urges—were alleviated  [1]  .

Now we must consider: are Charles Whitman and Alex to blame for the crimes they committed? Or were these crimes simply committed by brain tumors? This ethical debate is a complicated one. Even if we were to agree that these individuals were not in control of their actions, the heinousness of their crimes remains. How should the justice system treat individuals in cases like these?

In many ways, our justice system has already drawn a line between people who are accountable for their actions and people who are not. The insanity plea and the fact that adolescents are given less harsh sentences than adults are examples of this structure. These aspects of our justice system assume that some individuals are better able to control their decisions than others. Whether this is a result of altered brain structure, mental illness, or brain injury, our society agrees that people exhibit varying degrees of blameworthiness — i.e. the ability to exercise free will.

The unfortunate drawback to this approach is that it is limited by the current technology used to study the brain. If Brad had been around in 1950—when brain scans did not exist—how would society know that he was not in control of his behavior? What if there are undiscovered differences in the neurochemistry of today’s criminals that will ultimately lead to exoneration twenty years from now? As highlighted by Eagleman, there may even exist in some a genetic predisposition towards criminal behavior. If this is the case, how can we be so confident that our justice system is sentencing individuals appropriately, especially in instances where individuals are given harsh sentences such as the death penalty? Perhaps a temporary solution is shifting the focus of sentencing away from “punishment,” and more towards a focus on preventing recidivism and protecting society. Ultimately this debate comes down to a simple question: are you in control of any decision you make, or is your behavior simply a product of your neurochemistry?

Some scientific evidence supports the latter conclusion. In a study done by Dr. Chun Siong Soon, a neuroscientist at the Max Planck Institute for Human Cognitive and Brain Sciences, it was found that simple binary decision making (choosing between two options) could be predicted with 95% accuracy up to 10 seconds before the subject reported to be aware of their decision. This is quite shocking, considering how much we all take our subjective experience of free will for granted. Some boldly say that it is even a waste of time to devote further study to it, and that it should be left to the domain of philosophers. Regardless, we have to acknowledge that at some point in our lives we have all made a decision that we did not feel we were in charge of, but instead, gave into our impulsiveness.

Think about when you change your mind about a decision that you’ve yet to make. Generally, this is a result of a new experience which gives you a different perspective on the decision in question. This memory of the experience is encoded into your brain, which ultimately alters your neurochemistry, leading you to make a different decision.

In reality, every experience and every moment of consciousness alters the brain’s chemistry. Your sense of a continuous and unified self is an illusion. Behind the scenes, different parts of your brain are competing to contribute to your next decision. In healthy individuals, this cognitive decision-making process is subconscious, and the individual feels they are uniquely in control of their actions. The ability to make rational decisions is self-evident. As David Eagleman’s article shows, however, this is not the case for everyone.

This leaves us with one final question: if all of your thoughts, actions, and decisions are simply a function of your neurochemistry, and your neurochemistry is ultimately determined by your genes interacting with every arbitrary event you experience in time, who are you ?

This question may never have an answer. To conclude, I’ll leave you with this wonderful quote by neuroscientist Robert Sapolsky:

“ Is a loved one, sunk in a depression so severe that she cannot function, a case of a disease whose biochemical basis is as “real” as is the biochemistry of, say, diabetes, or is she merely indulging herself? Is a child doing poorly at school because he is unmotivated and slow, or because there is a neurobiologically based learning disability? Is a friend, edging towards a serious problem with substance abuse, displaying a simple lack of discipline, or suffering from problems with the neurochemistry of reward? ” 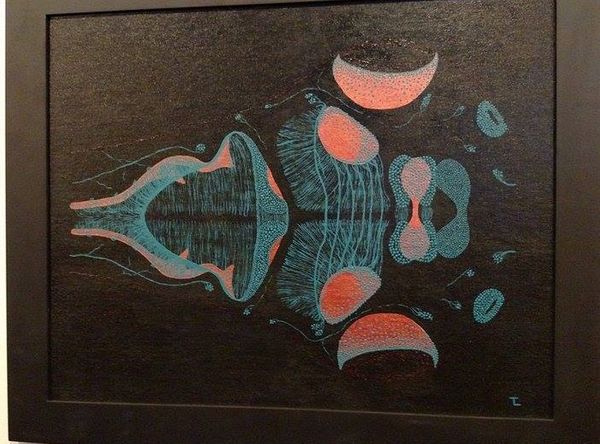 On a lovely Tuesday evening, a unique art event took place in the Fremont Abbey Arts Center. Art Neureau is a one-of-a-kind intersection between art and neuroscience—two disciplines which 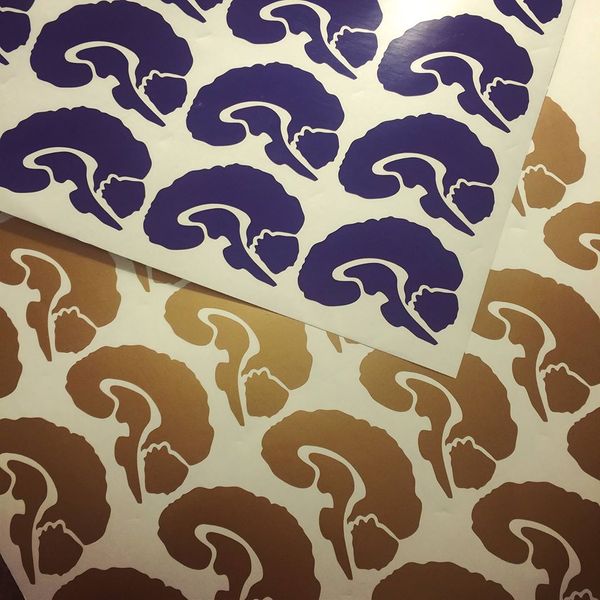