Transporting ourselves from one place to another can seem rather simple to the majority of individuals. We whiz from one class to the next without much conscious regard for our movements. However, this is not the case for everyone. John Pepper is just one of ten million people in the world with Parkinson’s disease.

Individuals with Parkinson’s have rigid, shaky movements. These symptoms are primarily caused by the degeneration of dopamine-releasing neurons. These dopaminergic neurons are crucial because they are responsible for signaling via dopamine to other neurons to initiate movement.

However, John Pepper reported a drastic reduction in his Parkinson’s symptoms through long, intensive walks every day [1]. Pepper noted that as soon as he stopped walking, his symptoms started to return. Excited to share his findings with the scientific world, he contacted many researchers–most of whom did not accept his observations as biologically supported. John Pepper’s experience supported the idea that there is a link between exercise and dopaminergic neuron repair that helps individuals with Parkinson’s reverse or reduce their symptoms.

Oleh Hornykiewicz, an Austrian biochemist now working at the University of Toronto, discovered that administering small quantities of dopamine in medications such as levodopa to Parkinson’s patients decreases symptoms such as muscle rigidity [1]. Unfortunately, over the course of several years, these medications can become ineffective. Levodopa can also cause side effects such as depression and increased abnormal, involuntary movements characteristic of Parkinson’s disease. The shortcomings of dopamine treatments motivated research into neuroplasticity as a possible solution to those side effects [1].

A study conducted on rats provided some clues to the molecular events that could explain the connection between exercise and Parkinson’s disease. The rats ran on a wheel for a select amount of time, during which the researchers observed a molecule called brain-derived neurotrophic factor (BDNF) in the brain. Rats who ran more than sedentary rats demonstrated increased BDNF levels [3].

Neurotrophic factors, such as glial cell line-derived neurotrophic factor (GDNF) and BDNF, are proteins responsible for promoting the differentiation and growth of glial and brain cells, respectively. Glial cells are non-neural cells that assist in the repair of neurons and the transmission of signals between neurons. In a study using rats injected with genes responsible for expressing GDNF and BDNF, researchers investigated whether both neurotrophic factors played important roles in repairing dopaminergic neuron pathways [4]. They found that increased expression of these genes and neurotrophic proteins could increase repair of dopamine-secreting neurons. As a result, GDNF and BDNF were demonstrated to be two potential targets for neuroplastic therapy [4]. Although the researchers were uncertain as to the exact mechanism by which this could be possible, one plausible explanation was a regulatory mechanism between three different proteins: Synapsin I, GAP-43, and cyclic AMP [4][5].

The Gears of the Repair Mechanism

Synapsin I, GAP-43, and cyclic AMP are responsible for neural growth and repair – both of which are important for treatment of Parkinson’s disease [4][5]. Researchers conducted an experiment to see if increased levels of BDNF were correlated with increased levels of these three regulatory proteins [4][5]. When sedentary rats were exposed to three days of voluntary exercise, BDNF levels increased and remained elevated. In addition, molecules important for synaptic remodeling and axonal growth, both of which are crucial for reversing the symptoms of Parkinson’s disease, all increased in rats that were regularly exercising. Besides exposing the rats to exercise, the researchers also directly activated the soleus muscle, a muscle located in the calf that is responsible for standing and walking. They noticed that upon increased activation of the soleus muscle, the levels of BDNF increased. Conversely, upon paralysis of the muscle, BDNF and synapsin I levels decreased. All of these experimental observations demonstrated a strong positive correlation for a relationship between these molecules, synaptic reconstruction, and dopamine release. The researchers concluded that exercise creates an integrated response of BDNF that alters synapses’ and neurons’ ability to repair themselves [4][5].

The concept of utilizing dopaminergic neural repair as a mechanism for reversing Parkinson’s symptoms is relatively new but shows great promise. It is baffling to think that with intensive exercise, the symptoms of Parkinson’s can be reversed due to increased repair mechanisms and that these symptoms can remain reversed due to long-term genetic expression [4]. As we gain greater insight into how environmental factors such as exercise can affect neural regeneration and reverse Parkinson’s symptoms on a molecular level, we can gain a better understanding of what conditions predispose an individual to Parkinson’s and how to stop the progression of the disease in its earliest stages.

Although society has progressed toward equality, discrimination continues to play a role in the daily lives of minorities. At the time of the last census, non-white minorities comprised about one-fourth 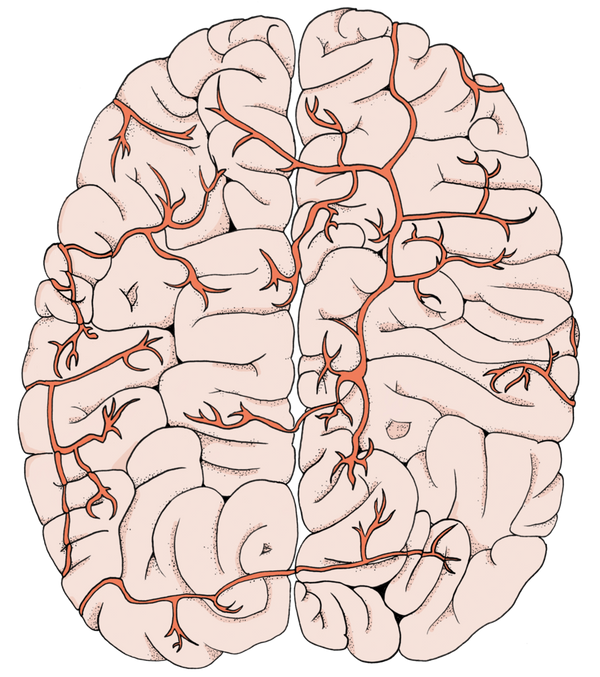 Over a century ago, Paul Ehrlich injected blue dye into the bloodstream of mice to view their biological structures. After dissecting the mice, he was surprised to find that all