In the human body, the immune system plays a crucial role in protecting us from foreign substances. For example, when you contract the flu, the immune system is responsible for fighting against the virus and keeping you healthy. In order to protect us, the immune pathways need to access any part of the body that a virus or pathogen could breach. To attack these pathogens the immune system initiates an inflammatory response which can also damage the more delicate structures in our body. To prevent this, the immune system avoids these areas that are known as “immune privileged.”  A number of body parts are understood to have immune privilege, including the eyes and the uterus of a pregnant woman, but recently one particular structure has been a major focus of immune privilege research: the central nervous system (CNS).

The idea of the CNS having immune privilege dates back to the early 1900s.  Studies during this era suggested that there was no connection between the immune system and the CNS. In 1923, a study performed by the Rockefeller Institute of Research explored the immune response of foreign tumor transplants in various parts of the body of rats [1]. Previous studies done in rodents had shown that peripheral areas such as muscular tissue rejected and destroyed tumor transplants from other species. Breakdown of the foreign tissue begins after it has been surrounded by a layer of lymphoid cells, which are important for immune responses. The presence of lymphoid cell activity is closely linked to the rejection of the foreign tissue, suggesting that the immune system plays a critical role. The study then began to explore the significance of the transplant site and found that when the foreign tumor was transplanted into brain tissue, the tumors not only survived, but often grew substantially [1]. This discovery suggested that the CNS functions without interference from the immune system, making it an immune privileged area. Scientists connected this idea of CNS immune privilege back to a structure called the blood brain barrier (BBB), a highly selective membrane surrounding the brain that prevents harmful molecules from entering, including immune system molecules. This research provides strong evidence for the theory of CNS immune privilege, but emerging studies are beginning to suggest that immune privilege is much more nuanced than originally believed.

Interactions Between the CNS and Immune System

Microglia are a type of macrophage whose primary role is clearing waste, foreign particles, and dying cells from the brain. They are also responsible for sensing and responding to any infection that manages to bypass the BBB and enter the brain. Despite being characterized as immune cells, microglia have historically been considered to be separate from the immune system. This was due to their apparent lack of communication with immune cells outside of the CNS resulting in the belief that they functioned completely independently from the rest of the immune system. However, recent findings have shown that molecules released by the peripheral immune system impact the structure and functionality of microglia [2]. This regulation of microglia suggests that microglia and the peripheral immune system are interconnected after all.

The adaptive immune system is much more specialized and uses cells such as B-cells and T-cells to detect specific foreign invaders and mount a targeted immune attack against them. As part of the immune system, T-cells are not expected to be found in an immune privileged site. However, it turns out T-cells are involved in regulation of microglia and some are located in the fluid surrounding the brain and spinal cord known as cerebrospinal fluid (CSF). In the CSF, they regulate microglia, assist in the formation of new neurons, and restore homeostasis in the CNS after infection [3][4][5]. The presence and function of T-cells in the CNS suggests that the area is not immune privileged and is actually under constant surveillance by immune cells, allowing for the immune system to quickly respond in the event of an infection [6]. Further research is needed to understand how these cells are present in the CNS but do not form an inflammatory response to tumor grafts.

There are a number of proposed routes for T-cells to enter the CSF, all of which involve the T-cells crossing over the BBB into the CNS; however, this can be a difficult process [7][8]. This suggests that the CNS barriers are not completely impenetrable to immune cells, but rather are highly selective, only allowing certain cells to pass through. Moreover, research has shown that the cells making up the CNS barriers are involved in cell-cell communication with other CNS cells and use the information they receive from these cells to adjust their selectivity and functioning [9]. In this way, the CNS barriers act as a communication interface between the CNS and the immune system, undermining the idea that they are completely separate systems. These findings suggest that systems with CNS immune privilege still perform immune activity despite eliciting no immune reaction in response to foreign tissue grafts.

CNS Drainage and  Lymphatic Vessels
Despite the mounting evidence that the immune system and CNS are interconnected, the idea of the CNS being independent from the immune system has persisted because of the absence of lymphatic vessels. The lymphatic system is a component of the immune system that is crucial for clearing waste products and invasive particles in most parts of the body but is not present in the CNS. However, the CNS may achieve this in other ways. For example, a special system in the CNS known as the glymphatic system allows CSF to move through the tissue of the brain and clear any leftover waste from the fluid between its cells [10]. Another way the body can drain CSF out of the CNS is through the lining of mucus inside the nose and into the lymph nodes where foreign particles are filtered [11]. This acts as a mechanism for clearing cellular waste from the CNS without the involvement of the immune system. The drainage of CSF from the CNS may seem independent of the immune system, but scientists have recently discovered that the lymphatic system is working within the brain as well.

A University of Virginia study discovered lymphatic vessels hidden within the lining of the brain which provided the first direct link between the CNS and the immune system [12]. While previous findings have shown that the two systems interact with each other, this discovery suggests they are directly connected, further supporting that immune privilege is not defined as a lack of access to immune cells. Just like the mucus lining the nose, these vessels drain into the deep cervical lymph nodes, providing a similar route for drainage of waste. In addition, they also provide a more direct and easier route for T-cells and other immune cells to access the CNS and can carry fluid from the cerebrospinal fluid [8][12]. The combination of these functions results in a more streamlined and efficient pathway for immune cells to access and respond to the needs of the CNS.

This new discovery of immune access to CNS tissue has opened the door for new therapies for neurological disorders. Although they are a relatively recent discovery, it has already been hypothesized that these lymphatic vessels play a role in neurological diseases [13][14][15]. The neurodegenerative disorder, Alzheimer’s Disease (AD), has been a major focus of studies related to the lymphatic vessels in the brain. In AD, one of the important characteristics of disease is the buildup of a molecule known as amyloid beta that should be cleared away as waste, but is not. The research proposes that if the lymphatic vessels that are responsible for clearing waste from the CNS are dysfunctioning then this could result in the buildup of cellular waste, including amyloid beta, within the CNS. Because of this, researchers believe the lymphatic vessels are a promising target for Alzheimer’s therapies [14].

The CNS lymphatic vessels have also recently been implicated in treatment for the neuroinflammatory disorder Multiple Sclerosis (MS) [15][16]. MS is an autoimmune disorder that occurs when immune cells such as T-cells start attacking the CNS, impairing communication within the CNS and between the CNS and body. Research using mice models of MS showed that the onset and progression of MS in mice with impaired CNS lymphatic vessels was delayed. The researchers hypothesized that the cells lining the lymphatic vessels may be uniquely able to prevent the activation of autoinflammatory T-cells [15][16]. This suggests that impairment of these cells may be an underlying cause of MS. Currently, this hypothesis is still being studied and further research will be needed to properly understand the relationship between the CNS lymphatic vessels and MS.

As research into the immune privilege of the CNS continues it has become apparent that it is not characterized by a complete lack of immune cells. Rather, CNS immune privilege is a highly sophisticated and nuanced system of immune activity designed to protect the delicate structures of the CNS while simultaneously protecting it from foreign invaders, clearing waste, and communicating with the peripheral immune system. The exact mechanisms by which all of the immune activities can be present in the CNS while still eliciting no inflammatory reaction in response to foreign tissue grafts is unclear, but researchers are hopeful that exploring this problem further will advance our understanding of the role immune cells play in response to CNS infection and traumatic injury.

Additional research is turning its focus to treatment and therapies of neurological diseases, with the hope of changing the lives of the millions of people who suffer from them. Unfortunately, due to the fairly limited understanding of neuroimmune function, these advancements may take many years. In order to reach this point, researchers will have to make significant progress in their investigations of the functions and mechanisms of the CNS lymphatic vessels, microglia, and immune cell trafficking in the CNS. 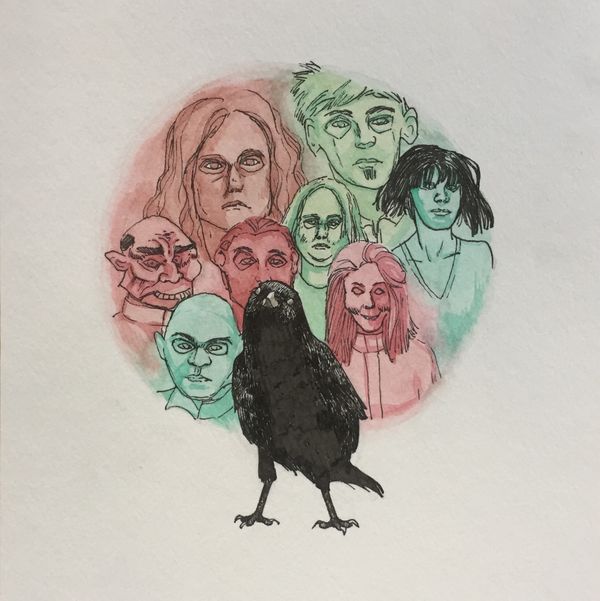 In mythology, corvids, the family of birds that includes crows and ravens, are often depicted as clever and mischievous. Native Americans tell stories of ravens as wise and practical jokesters who created the world. 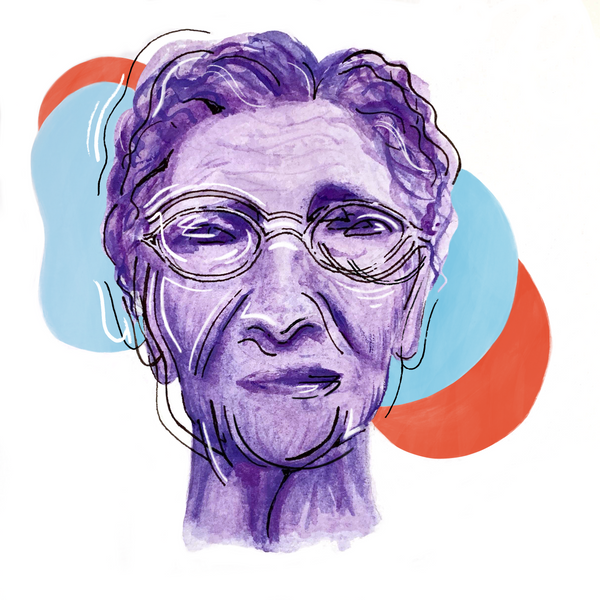 The denizens of modern-day, developed countries have living standards that have not been available ever before in human history: a permanent food surplus, technologies that were unthinkable just decades ago, and healthcare that allows us to live for more than a hundred years.