In mythology, corvids, the family of birds that includes crows and ravens, are often depicted as clever and mischievous.  Native Americans tell stories of ravens as wise and practical jokesters who created the world. In Norse mythology, Odin’s two ravens were named Thought and Memory, and the Irish phrase “raven’s knowledge” alludes to an omniscient ability to know everything [1]. These mythologies speak to a truth about the intelligence of Corvids.

Corvids are highly adaptable, found in every country except New Zealand, and commonly found in urban areas coexisting with humans in a way that is uncommon for wild animals. They seem to display many behaviors we associate with humans, like playing pranks, recognizing social cues, and solving puzzles. But how can an animal, so far removed from us evolutionarily, act so similarly to us? Understanding this discrepancy between different structures and similar behaviors will help us better understand how our intelligence evolved.

In humans, most of our complex thoughts and behaviors are thought to be processed by our prefrontal cortex [2]. However, the evolutionary lines of corvids and humans diverged over 300 million years ago, long before our ancestors developed a prefrontal cortex. This prompts the question: what brain structure do corvids have instead?

Recent studies suggest that corvids use a structure deep in the core of the brain, called the nidopallium caudolaterale (NCL), which provides a similar function to the prefrontal cortex in humans [2]. In order to demonstrate that the NCL is critical to cognition, the University Tübingen in Germany performed a comprehensive study. First, they used a molecule that would stain only the NCL to locate the structure’s borders in each bird. After finding its exact location, the researchers inserted a grid of electrodes into the NCL of each bird to record the individual neuronal activity of 336 cells while the crows performed a choice task to match images. The birds were given an initial picture, then were soon after presented with two pictures, followed with an auditory or visual cue that signaled them to make one of two choices: pick a picture that matched the first image presented, or the one that didn’t match. The researchers found that the activity of a number of the neurons varied in response to the task, with some neurons reliably responding to specific aspects such as the signaling cues. There was also variability in neuron activity both when the crow was able to successfully perform the task and when it failed, suggesting that the NCL is involved in this cognitive ability [2].

What gives corvids the unique ability to coexist with humans? We currently believe that a great number of animal behaviors are driven by instinct, especially something as crucial to survival as the fear of predators. Corvids, however, appear to have little innate fear of predators. Unlike salmon swimming upstream to spawn, dogs chasing after rabbits or birds knowing when to migrate--all innate, genetic abilities that exist at birth, corvids exhibit behaviors learned from experience. They learn what to fear and what to trust based on observing the behavior of those around them [3]. For example, corvids appear to investigate the dead bodies of other corvids. They will call other crows to join them and gather around the body. This behavior is potentially a way for living corvids to understand what killed the dead corvid and learn from its mistakes.

In order to test this hypothesis, researchers at the University of Washington ran a series of experiments to rule out other potential motivations for interacting with the dead body, including food acquisition and territoriality. To rule out food acquisition they investigated the difference in interactions of the live crows with dead crows compared to interactions of live crows with dead pigeons and squirrels, two species that crows regularly scavenge. They found that crows were less likely to make physical contact with dead crows but were more likely to send out alarm calls in order to bring other crows to the area. To rule out the effect of the crows being territorial, they taxidermied some of the dead crows to look life-like. On average, the crows dive-bombed the life-like crows, a behavior consistent with their usual response to live intruders but sent out the previously seen alarm calls when they found the crows that appeared dead [4].

A second study by the researchers at the University Tübingen in Germany used brain imaging to find that the interaction with the dead corvid activated their NCL, demonstrating a process of complex reasoning underlying this behavior. After repeated exposure, the crows had a slightly higher response in brain activity to normal baseline stimuli, suggesting they were more vigilant after the negative experience [5]. This flexible understanding of the world, based on observation, gives corvids the ability to rapidly adapt to new environments and situations, allowing them to coexist with a constantly changing human population.

Corvids also possess the ability to recognize and differentiate faces, one of the most widely studied abilities of the human brain. John Marzluff, a researcher at the University of Washington, found that birds can recall faces several years after they first see them. Using brain imaging, Marzluff found that specific areas like the NCL were activated when seeing familiar human faces, which suggest that the NCL is also involved in consciousness and complex understanding of visual information [6].

A second study by the same researcher found that corvids can also differentiate faces based on expression. The crows displayed more defensive behaviors when researchers approached in human masks that had angry expressions, in comparison to those approaching with neutral masks. Additionally, the masks also activated different parts of the brain. The threatening masks activated the brainstem and amygdala, areas associated with emotion and fear. On the other hand, the neutral masks activated regions involved with habitual or every-day behaviors [7]. This ability to recognize and remember specific faces and expressions is beneficial to crows when interacting with humans and provides us with another piece of evidence for the cognitive function of the NCL.

One of the most common measurements of intelligence is the ability to use tools to shape the world around us. Scientists identify our ability to change our surroundings to suit our needs as a major turning point in human evolution. Corvids also display significant tool usage, further cementing their similarity to humans. New Caledonian crows have especially impressive tool usage in the wild, making them an attractive population to study. In one study at the University of Auckland, crows successfully recreated a paradigm from one of Aesop’s fables, where the crows had to drop stones into a water-filled tube, raising the water level and bringing a floating worm close enough to eat [8].

However, the particular behavior of interest in New Caledonian crows is not their ability to use tools, but to make them. They are the only non-human population known to fashion hooks. The crows can make hooks from a number of different plants, although the birds seem to have strong preferences for certain species, stem thickness, and branching angles that vary by region [9]. To determine whether this tool making was simply an instinctive behavior, researchers at the University of Cambridge took captive corvids, who had no prior experience of creating hooks, gave them a straight piece of wire and tasked them with retrieving an out of reach bucket containing a worm. All birds were able to spontaneously manipulate the wire into a hook, many on their first attempt. This study suggests that the tool usage stems from a general cognitive ability to problem solve, rather than an adaptive behavior [10].

Another significant step in human evolution was metatool usage, defined as “an object that serves as a tool for another tool” [10]. For example, the use of a sponge to clean a fork that is then used to eat, makes the sponge a metatool. Metatool usage is the force behind the development of human society, present in all our technological innovations. This makes metatool usage an interesting ability in a species, and both New Caledonian crows and the captive corvids from the University of Cambridge were able to rapidly solve problems requiring metatool usage, without any previous experience, such as using one tool to obtain another [11].

Both the human prefrontal cortex and the crow NCL evolved from the palladium, a structure present in the last common ancestor between the two species. They share many aspects including the density of certain fibers and connections to other areas of the brain. However, there are numerous other differences that suggest the two structures are not homologous, meaning they evolved independently from different parts of the pallium [2].

These two structures could be an example of convergent evolution, a phenomenon in which two species independently evolve similar features. Convergent evolution is usually due to similar environments or similar selective pressure, such that where two species both evolve the same solution to the same problem. This indicates that there are similar factors in play for the evolution of crows allowing them to evolve alongside humans to live in the same environment. This is evolutionarily advantageous for crows as humans continue to expand into natural environments. However, some might argue having greater cognitive abilities is beneficial for all species, regardless of environment. Greater understanding of the cognition of other species, like crows, will help answer the questions we have about our own cognition.

This new knowledge about crows gives us greater insight into our own evolution, just as learning another language helps us to better understand our own. It also has significant bearing on the way we think about the intelligence of other species. For so long, our understanding of intelligence has been entirely human-centric, a view challenged by the research presented in this article. However, there are still large blind spots in our understanding of the intelligence and cognition of other species. Further research needs to be done on how exactly the NCL works and the functional differences between its function and that of the prefrontal cortex. This promises to help us understand how the differences in structure between the brains of different species lead to subtle differences in their intelligence, one of the core questions of modern neuroscience. 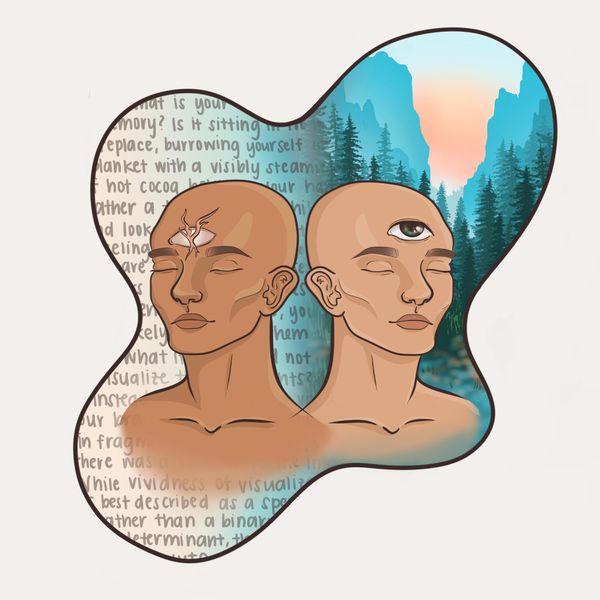 What is your favorite memory? Is it sitting in front of the fireplace, burrowing yourself under a blanket with a visibly steaming cup of hot cocoa between your hands? 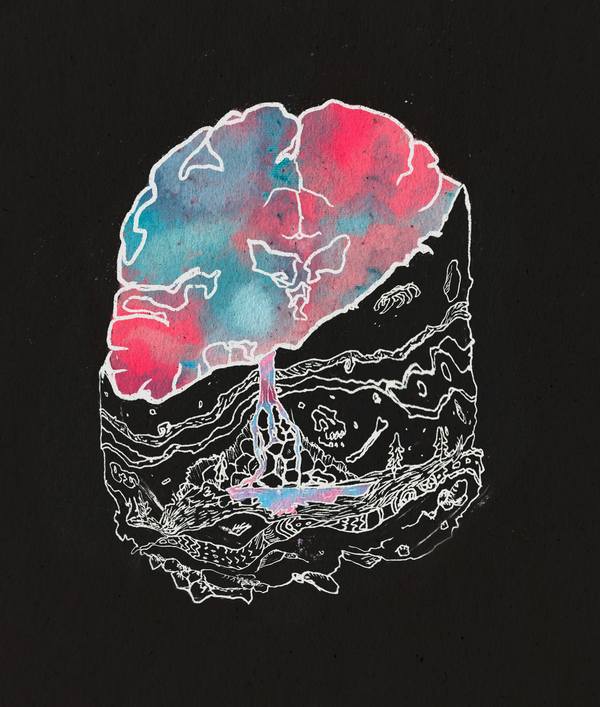