In recent decades, the investigation to understand the neural and hormonal correlates of motherhood has yielded important insights into the neurophysiological changes that mark maternal development. In addition to initiating and supporting gestation, parturition, and lactation, these changes are responsible for a host of accompanying behavioral modifications that facilitate maternal parenting behavior after birth [1][2].

For as much as scientists currently understand about maternal preparation, until recently, very few studies have examined the changes – if any – that occur as males undergo preparations for fatherhood [3]. Perhaps the general disinterest in such a research project was due to the rarity of active fatherhood. Human beings are a part of a small minority – one that includes only 5% of all mammalian species – which employs significant father participation in childrearing [4][5][6]. Even still, it has long been recognized that human fathers play an important rolein the development and well-being of their children [7][8][9][10][11][12].

Recently, however, research has revealed that the transition to fatherhood is marked by significant developmental changes that enhance fathering behaviors [13]. This article examines such research, which has lead to new understandings of the initiation of paternal behaviors across mammalian species and the neuroplasticity that sustains these behaviors long into fatherhood.

The different reproductive phases associated with gestation,parturition, and lactation require an adaptable maternal physiology that supports the requirements of these phases without harming the mother [1]. Various signaling mechanisms, many of which are the result of conception, drive maternal changes through childbirth. After childbirth, however, many of these signals are the consequence of behavioral interactions between the mother and her offspring (e.g. lactation) [3][14].

Because the maternal brain plays an important role in directing the neuroendocrine system and subsequent maternal behaviors [15], researchers have begun to investigate whether there is homology in the initiation and maintenance of parental behavior that extends to fathers in biparental species.

Some of the mechanisms behind parental behavior are largely influenced by hormones such as oxytocin, prolactin, and vasopressin. Recent research efforts have focused intensely on three neuropeptides, which have important functions in motherhood physiology, and have been implicated in triggering and maintaining maternal and paternal behavior [16][17].

Prolactin (PRL) is a single-chain (198 amino acids) neuropeptide molecule that is synthesized primarily in the anterior pituitary gland. Though, its presence in several areas of the brain (e.g. hypothalamus, amygdala, and caudate) provides indications that it is also synthesized within the brain [18].

PRL is most commonly known as a chemical messenger that stimulates the mammary glands to initiate milk production. Furthermore, PRL induces the lobuloalveolar growth of the mammary gland to create the necessary alveoli cells for milk secretion [19].

During gestation, however, PRL receptors are upregulated in brain regions associated with social behavior, which likely facilitates maternal care responses [20][21][22]. Because of its nervous system activity, PRL has been the target of research into the neuroendocrinological mechanisms of paternal behavior.

Male cotton-top tamarins exhibit paternal behaviors associated with significant changes in PRL levels before and after the birth of their offspring [23]. Although first-time and experienced fathers display such behaviors, there is a greater deployment of PRL in experienced fathers. And, as expected, both experienced and first-time fathers have higher levels of PRL than non-fathers [24]. Similarly, in the biparental California mouse, plasma PRL levels have been shown to be higher in fathers than expectant fathers and both have levels higher than those of virgin males [25].

Such examples, as well as others [26][27][28][29], demonstrate that paternal males exhibit a hormonal response to the birth of their offspring. In humans, however, the interaction is more complicated.

Additional behavioral studies have shown that fathers with higher PRL levels are more alert to their infant’s cues and exhibit more positive parental behaviors (higher sympathetic response) than fathers with lower PRL levels. Furthermore, experienced fathers show an even greater increase in PRL concentrations than do first-time fathers when listening to infant cues [32]. However, as the infant grows older this experiential PRL difference becomes less clear [33]. During father-child interactions, PRL levels have shown short-term increases during interactions within the first six months of fatherhood [38]; however, short-term declines have also been observed during father-child interactions in different social contexts [35][36].

Oxytocin (OT) and vasopressin (AVP) are two neuropeptides that have also been implicated in the initiation and expression of parental behaviors across biparental mammalian species [37]. OT is known for its function during the milk “letdown” reflex (a lactation reflex) and for uterine contractions during child-birth [38]. AVP is implicated in pair bonding, parental aggression, and protective behaviors [39][40][41].

AVP has been shown to be influential in mediating social and paternal behaviors in the medial preoptic area of the brain [42], as well as in the bed nucleus of the stria terminalis. For their role in regulating maternal behaviors, these areas have been termed the “maternal” brain region [43]. Special neurons called magnocellular neurosecretetory cells, located in both the supraoptic and the paraventricular nuclei of the hypothalamus, synthesize and transport OT and AVP into the bloodstream. Because they can each bind to the other’s magnocellular receptors, these neuropeptides support many crossover functions [44]. Much like PRL, OT and AVP also function on the brain in crucial ways that have been associated with the propagation of parental bonding and the attachment behaviors necessary for nurturing offspring. Increasingly, researchers are uncovering that OT and AVP play significant roles in higher-level social behaviors beyond those tied to parturition such as trust, tribe mentality, sexual arousal, and bonding.

In animal models, it has been shown that differing levels of maternal care are correlated with the density of OT receptors in brain areas associated with maternal behaviors [45]. Recently OT has been associated with ‘paternal-bond’ development, initiation of paternal behaviors [46], and paternal affiliation behaviors [47][48][49]. For example in the California mouse, OT plasma levels measured across expectant fathers, current fathers, and virgin males have revealed that expectant fathers had the highest levels of OT [50]. However, some conflicting evidence [51] of the role of OT in paternal behaviors [52], has shifted research to the more influential candidate, AVP [53][54][55].

In male prairie voles (biparental species), positive paternal behaviors, such as pup retrieval and grooming, have been correlated with an increased density of AVP immunoreactive fibers in the bed nucleus of the stria terminalis. Furthermore, after 10 minutes of pup-exposure, males exhibit increased expression and activity of OT and AVP related neurons in the paraventricular nucleus [56].

When AVP is directly administered (intranasally), paternal behaviors are enhanced. And, as expected, AVP antagonists, which block the binding of AVP, decrease paternal behaviors [48]. Many of these findings have been shown in human fathers as well [57][58][33][46].

Recently researchers found that during a 15-minute play session with their toddler, fathers displayed more positive parental behaviors (specifically, ‘responsive structuring’, a measure of the ability of parents to support learning and child autonomy) and less hostility following intranasal administration of OT [59][60].

Studies conducted in which both OT and AVP have been analyzed during father-infant involvement suggest that OT is important for social-affective play and AVP for object-directed stimulation [61]. However, more recently, researchers have experimentally shown that serum AVP in fathers is directly correlated with social cognitive stimulatory circuits. In this particular experiment, specific aspects of paternal behavior (social cognitive stimulation) were associated with AVP serum levels and researchers were able to experimentally distinguish these associations from the ancillary effects of OT [60].

Like many other critical developmental milestones that occur throughout the human lifespan, parenting is marked by changes in hormonal and neural processes. With the information now known about the neuroendocrine changes that underly fatherhood, many researchers have begun examining the potential of paternal brain plasticity [62][63][64][65][66].

More broadly, neuroplasticity is the ability of neurons to form new neural networks. Not only can such networks change behaviors, but they can also become changed in response to new stimuli.

As previously mentioned, PRL is known to mediate paternal behaviors in certain mammalian species. This is likely related to PRL’s ability to increase cell proliferation in certain areas of the brain and protect against cell death in others. The subventricular zone and the dentate gyrus, areas of the brain important for infant recognition, have been found to house a specific receptor for PRL67. In mice given a PRL-neutralizing antibody, there is a drastic reduction in neurogenesis and a corresponding inability to recognize offspring [67].

In another study, both biological fathers and virgin male mice who were placed into a paternal role showed increased cognitive abilities and an enhancement in spatial memory capacities, as demonstrated by their ability to learn how to successfully navigate a maze. But, while both groups exhibited neuronal changes, the biological fathers showed exaggerated gains in both hormonal levels and cognition [68]. These abilities translate to better foraging and food finding capabilities for their offspring, superior ability to handle stress, and the capacity to work through complex problems [68].

The research highlighted in this article has shown that changes in paternal behavior may be linked to neurophysiological changes associated with specific hormones. PRL, OT, and AVP appear to exert a rather dynamic influence on parental behavior. It should be noted, however, that most studies rely on correlational evidence because causal relationships have not yet been determined.

Previous research has revealed the degree to which a dynamic and malleable mammalian neurophysiology is able to change and adapt to new circumstances. This is clearly evident by the physiological changes that accompany gestation and nurturing behaviors in mothers. Perhaps less obvious, however no less important, are those that usher in fatherhood. As shown here, males undergo a cascade of neurophysiological changes that prepare them for the rigors of childrearing.

Such findings are critical in the endeavor to understand the biological and evolutionary roles of fatherhood and provide profound insight into the reciprocal impact of paternal care to both father and child. 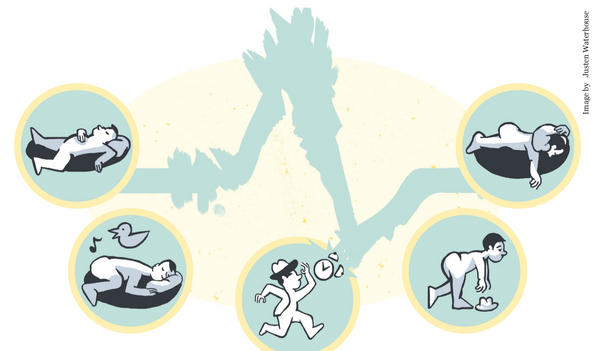 In the early eighteenth century the most noteworthy connection between electricity and nervous function was that very little was known about either. Based on the ideas of the time, there

Early work in developmental neuroscience led researchers to conclude that axonal growth in the developing and regenerating brain is a specific, targeted process, and not simply random or determined by