Late stage neuroblastoma is one of the most difficult childhood cancers to handle because of its poorly understood genetic markers, erratic tumor growth, and difficulty to remove.  The primary treatment options are chemotherapy, radiation therapy, stem cell therapy, and surgery. Unfortunately, these treatments are highly damaging to surrounding cells and do not always have the greatest chance of success because the tumor may be too advanced and resistant towards the medical treatment. In addition to these older, widely-accepted treatments, there are many research groups working to develop safer treatments such as immunotherapies and treatments that target specific genetic mutations. However, with so many different mutations that can contribute to tumor development, doctors and their patients may have difficulties determining which ones are relevant to their own situation. A new study involving a  recently created tool seeks to assist this problem.

Researchers at Uppsala University in Sweden have constructed an algorithm that combs through databases of cancer patients’ genetic information in order to analyze high risk genetic markers associated with neuroblastoma (6). The algorithm, Target Translator, aids in identifying patients with high risk genetic markers that are more susceptible to developing neuroblastoma and suggests the best individualized therapeutic treatment options for such patients. Target Translator is a major milestone in the continued fight against childhood cancer and further illuminates scientists’ understanding of neuroblastoma. To understand how Target Translator impacts this specialized cancer field, we need to understand the significance of neuroblastoma.

Neuroblastoma is a pediatric, embryonic cancer that develops from neural crest cells. Since these cells migrate to many regions of a developing embryo to become the peripheral nervous system and other non-neural structures like the adrenal glands, the cancer mainly originates outside the central nervous system and is able to quickly spread throughout the body (1,3). Currently, 700 patients per year are diagnosed with neuroblastoma, and the disease accounts for 15% of all pediatric cancer deaths. For these patients, the most notable oncogenes, or genes that accelerate tumor growth, are MYCN and ALK. These genes play a major role in tumor amplification and normal neuronal development, making them critical for determining patients’ risk as well as being possible targets for future treatment. For example, MYCN amplification is found in nearly half of all advanced cases, and is associated with a deletion mutation. Conversely, ALK is associated with over activation of a cell cycle protein (1,3). Consequently, both oncogenes are risk factors.

A patient’s neuroblastoma risk level indicates both how serious their condition is and their probability of dying from the disease. Risk in neuroblastoma is usually assessed in terms of tumor stages and patient age(1,3). Stage 1 is when the tumor can be removed completely. Progressing further, stage 2 is when the tumor cannot be completely removed, and lymph nodes start to be affected by tumors.  Onto stage 3, the tumor cannot be removed at all, and lymph node tumors also become difficult to eliminate. Lastly, stage 4 is when the cancer spreads to other parts of the body – bone marrow, bone, liver, and skin can all be affected. Tumors, and associated patient survival rates, can also be categorized based on structural characteristics and how the tumor looks under a microscope. What types of cells are present, and how intermixed they are all contribute to categorization. In addition to the degree of tumor migration and tumor characteristics, patient age is another risk with neuroblastoma, in that the older the patient is, the more likely it is the cancer will be in advanced stages(1,3). In other words, older patients had more iterations of the cell cycle, increasing probability for a mutation. After examining all these factors, risk is officially categorized as low, intermediate, or high. With regard to the Target Translator algorithm, researchers emphasized high risk neuroblastoma, as it is the most pressing form of the cancer.  High risk cases often spread to other parts of the body and are therefore much more difficult to successfully treat.

The main methods used to treat neuroblastoma after surgical removal are chemotherapies and I-MIBG (5). Chemotherapy indiscriminately prevents cells from dividing, however since cancer cells can divide faster than healthy cells, it exacts a higher burden on cancer cells compared to healthy cells (4). I-MIBG, a form of targeted radiation therapy using I-131, is a radioactive iodine taken up by tumor cells. For reference,  I-131 is an iodine variant. I-MIBG is experimentally used to treat high-risk patients with neuroblastoma and is generally a more effective option because of its specificity for tumor cells. As a radiation therapy, I-MIBG differs from chemotherapy in that the iodine isotope directly kills cancerous cells instead of interfering with cell division, while attempting to minimize damage to surrounding tissue. I-MIBG’s use for higher risk patients is still being explored as it works 21% to 47% of the time, but it has similar toxicity drawbacks as chemotherapy. An alternative option to chemo- and radiotherapies is the use of immunotherapy. Conversely,  immunotherapy introduces supplemented antibodies to latch onto the predominant antigens associated with neuroblastoma in order to signal to the patient’s immune cells to more efficiently identify and target tumor cells. However, genetically targeted treatments are becoming more promising as more targets are being discovered because they will allow for more specified methods of tumor reduction. Moreover, momentum towards gene therapy will decrease time figuring out the best treatment for an individual, meaning that negative effects from radiation and chemotherapies could potentially be avoided. The downside is that there are a limited number of genetic targets available. Most up and coming genetic therapies attack the ALK and MYCN oncogenes, as well as various other regulatory proteins to slow down oncogenic acceleration (4,5). However, genetic treatments are still in clinical trials so they are only available to treat patients experimentally rather than as a standard of care.

Enter Target Translator, an algorithm that combines genetic data across 833 patients to identify targets and suggest potential medications for an individual patient. Suggestions are based on how the individual patient’s genes are expressed (6). Target Translator is able to connect risk factors, genetic signatures, and DNA targets by solving a mathematical problem and utilizing advanced statistical analyses. Then, the algorithm suggests potential medications that would affect those targets based on how a person’s tumor expresses certain oncogenes. Put simply, the algorithm takes risk factors as parameters, determines a pattern through its databases, and calculates a list of treatments that will be more likely to reduce the cancer for the patient. Overall, Target Translator found 88 drug targets within the genes that neuroblastoma typically expresses. To confirm whether or not Target Translator’s predictions were correct, researchers analyzed which genes tumor cells were expressing. To accomplish this, they administered the algorithm-recommended treatments to two mutated MYCN cell lines.  Most of the predictions made by the algorithm against the genetic targets were able to successfully mitigate tumors when tested in cell culture (6). In essence, the researchers built an algorithm that identified relationships between multiple databases to connect genetic signatures, how those genetic signatures were associated as risk factors for different neuroblastomas, and potential medications that could deal with those risk factors. The fact that the algorithm found unique targets that nobody else had thought of treating, is revolutionary. The researchers are optimistic that similar algorithms could be used with other cancers.

The invention of computer algorithms to find new genetic targets is incredibly exciting for neuroblastoma researchers and patients. Target Translator has the potential to move patients away from chemo and radiotherapy and closer towards gene therapy to produce more effective treatments that increase survival rates with fewer detrimental side effects. Aided with a powerful processor, the once mysterious human genome will be computationally decrypted, as identification of new targets will increase understanding in how each target functions. In addition to the MYCN and ALK oncogenes, new targets will continue to be discovered, and novel genetic therapies that target these genes will continue to be created. Tools like Target Translator will contribute to individualized gene therapies by coming across medications that have a greater likelihood of success to mitigate neuroblastoma. While Target Translator is mostly relevant to neuroblastoma, researchers hope to apply similar algorithms to other cancers and expand the crossover between computers and the applied sciences.

For Grey Matters readers that are interested in learning more about the algorithm, the Target Translator tool can be found at: http://www.targettranslator.org/, with the server found at https://github.com/Targettranslator/targettranslator. 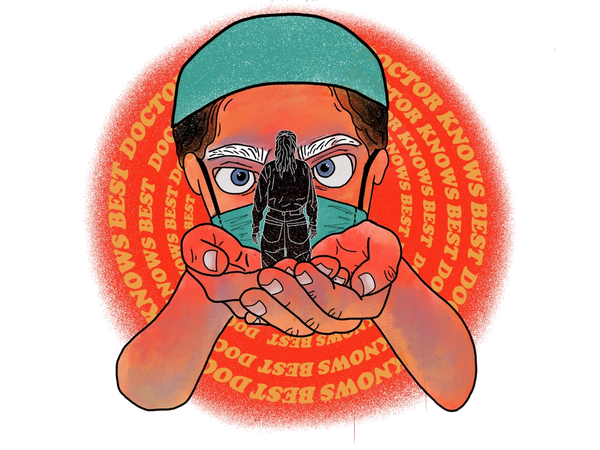 Our ever-changing socio-political landscape creates many feelings of uneasiness, and individual experiences of war, terrorism, or sexual abuse only corroborate these feelings. 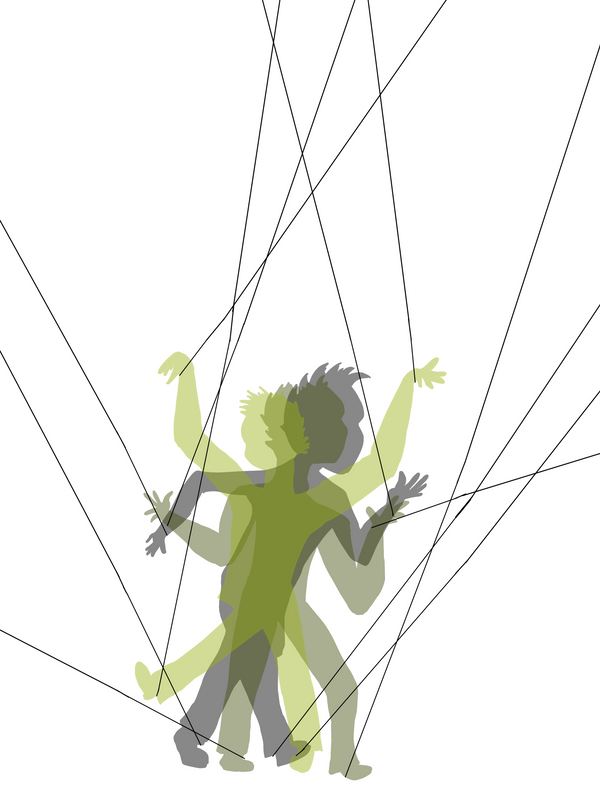 Hold out your hand, make a fist, and squeeze as hard as you can. If you squeeze long enough, you’ll experience some pain. This is a pain that individuals