Imagine, for a moment, that you are undergoing brain surgery to remove a tumor. While the surgeons operate on you, you remain deeply sedated and unconscious -- but before they finish, you begin to wake up. Awakening in the middle of brain surgery might sound terrifying, but in some cases, it can actually save lives. This type of conscious brain surgery, called awake craniotomy, has shown promise in treating a variety of neurological conditions.

Frequently illustrated in Renaissance paintings and other works of art, the use of invasive brain surgery techniques for epilepsy, head injuries, and mental illnesses traces back over thousands of years. With further refinement of these techniques, modern-day awake craniotomy was eventually born. The procedure itself begins much like a regular craniotomy, but rather than completely sedate the patient, at some point during the surgery, they are taken off of general anesthetics [1]. By keeping the patient awake and having them perform simple tasks during the procedure, surgeons can assess their cortical responses and better locate and preserve critical brain regions responsible for fundamental behaviors, emphasizing the patient’s safety. With this approach, surgeons are better able to operate on areas of the brain involved in higher functions, many of which were previously considered inoperable [1].

The Benefits of Awake Craniotomies

Functional Plasticity of the Brain

Understanding the brain’s many functional regions allows physicians to leverage awake craniotomy to gain these procedural benefits and reduce the possibility of post-operative functional deficits [3]. Higher brain functions, including sensation and perception, motor actions, complex thought and reasoning, and language processing, are distributed broadly throughout many areas of the brain, and damage to any of these areas could result in severe long-term consequences. Fortunately, while surgeons do their best to protect these brain regions, they are given one natural aid: neuroplasticity, or the brain’s natural ability to change and reorganize neural networks based on experience. With the brain’s neuroplasticity, these regions can adapt to better preserve functionality even in the presence of lesions and tumors [4].

In one study, 18 adult patients who received two consecutive awake craniotomies for tumor resection were evaluated for activity in brain regions that controlled language and motor function during both surgeries [4]. From their brain maps, six patients showed a decrease in activity of these regions from the first to second surgery. Surprisingly, though, four of these subjects (who were evaluated for language function) did not actually demonstrate any speech deficits prior to the second procedure, instead showing coherent and regular speech function, as determined by a >90% accuracy on reading and object naming tasks. As the researchers speculated, at the time of the second surgery, undamaged brain areas had taken over these functions. Researchers believe this can be explained by the reorganization of functional sites and the activation of dormant functional pathways induced by the brain’s neuroplasticity [4]. This reorganization and activation compensates for damaged areas of the brain by redirecting neural circuits away from the tumor locations, illustrating the brain’s power to reorganize and adapt to these changes. Researchers also noted that tumor volumes were smaller in the patients that exhibited functional reorganization versus those who did not. So, even when faced with sustained damage, neuroplasticity mechanisms can help the brain preserve critical functions.

However, though neuroplasticity is inherent and can protect us from potential neurophysiological damage, it is still important to understand that it is a compensatory process [5]. Multiple factors can influence how our brain is reshaped and protected from injury, including age, genetics, tumor growth rate and location, and perhaps even the surgery itself. Further experimentation can give us additional insight into neuroplasticity’s function in the human brain. There are still many foundational questions that warrant further investigation: How can we characterize the influences that impact brain plasticity and behavior? How can we closely track plasticity’s progression? Is it possible to accelerate neuroplasticity mechanisms? Are all of these mechanisms beneficial, or may some be detrimental? With further targeted testing, the extent to which neuroplasticity benefits the surgical patients can be better defined. Currently, neuroplasticity is not very thoroughly understood, so scientists and doctors are working towards attaining a better understanding of this brain mechanism to improve patients’ neurological conditions [5].

Even with neuroplasticity as an added aid, awake craniotomy is not completely effective on its own; other brain mapping techniques are needed to help make awake craniotomies as successful as possible. With the use of supplementary neurophysiological and electrophysiological mapping (EPM) methods, awake craniotomy has bolstered the preservation of motor and sensory functions, tumor removal success rates, and survival rates [6]. Many of these brain mapping techniques, including functional magnetic resonance imaging (fMRI), magnetoencephalography (MEG), and electroencephalograms (EEG), are widely used during the surgical procedure to provide information on brain tumors and their proximity to regions that directly control these motor and sensory functions [6]. More recently, intraoperative magnetic resonance imaging (iMRI) has helped surgeons successfully complete procedures because of its ability to confirm the extent of tumor removal throughout the surgery [7].

Utilizing EPM methods while completing tumor resections during awake craniotomies can also be beneficial due to their ability to instantly stimulate the cortical surface. In tumor resections involving speech and language centers, while the brain is electrically stimulated, the patient’s responses to a series of tasks determine the extent of the resection based on positive and negative mapping [8]. Positive mapping indicates that where there is an informative response from any cortical area, functional brain tissue in that area is labeled and avoided. Common intra-operative language mapping tasks include naming and counting objects, repeating complex words, or even writing down sentences. During cortical stimulation, language deficits such as slurring, forgetting the names of objects, or failing to produce meaningful speech (aphasia) are monitored, which may indicate a disturbance to functional brain tissue or the language circuit in the area where electrical stimulation occurred [8]. EPM’s capability to provide immediate, continuous feedback regarding the patient’s brain condition during the surgery facilitates the preservation of language, sensorimotor, and cognitive functions while treating the neurological condition at hand. By applying these EPM techniques to awake craniotomies, surgeons can better avoid damage to brain tissue.

Despite its many merits, awake craniotomy does have inevitable risks, and careful coordination is needed to improve the likelihood of procedural success. Anaesthesiologists and psychiatrists evaluate the patient for any health concerns that may increase the likelihood of sedation failure or airway obstruction [9]. Anxiety disorders, chronic nausea, obesity, drug and alcohol addiction, and respiratory illnesses are some of the many issues that can prevent the awake craniotomy from being performed as smoothly as possible. Fortunately, surgeons have been able to work around these preexisting conditions using medications, nasal masks, and light sedation [9]. Preexisting conditions that are more concerning require further discussion prior to the procedure so that the course of action taken by surgeons is one that best accommodates the patient's needs, which may occasionally involve avoiding awake craniotomies as a whole [1].

Because the patient must be conscious during the brain mapping stage of the operation, the anesthetic technique used must be carefully selected. Typically, anesthesiologists choose one of three general approaches: sleeping-awake-sleeping (SAS), sleeping-awake-awake (SAA), and awake-awake-awake (AAA) [10]. In SAS, general anesthesia is initially administered, and scalp incisions are made. Once brain mapping begins, the patient is taken off anesthesia and awakened. The patient must actively participate in assigned tasks until the craniotomy is complete, at which point they are then sedated until the end of the procedure. SAS provides a less stressful environment for the more painful portions of the procedure, including the opening of the membrane surrounding the brain, perhaps making it the most widely used technique [8].

In SAA, the scalp incision is performed while the patient is sleeping [8]. During the remainder of the operation, the craniotomy itself and the closure of the incision, they are awake. This method, however, does not ensure that the patient’s cortical functions are still working during and after the procedure [8].

In AAA, sedation is reduced to keep the patient in a conscious state throughout the entire procedure [8]. The patient can respond to verbal commands and other stimuli while being ventilated. Though the minimal amount of sedation may be frightening, AAA has been regarded as the most suitable option for more cooperative, mature individuals due to its emphasis on patient-anaesthesiologist rapport, using nonverbal communication, and consistent reassurance. Moreover, its convenience stems from the diminished risk of uncontrolled coughing or airway obstruction that may occur with the previous techniques during the transition between sleep and awake phases of the surgery [8].

Following the procedure, the patient’s vital signs must be carefully monitored to reduce postoperative stress and pain both physically and psychologically [11]. The outcome of the procedure and its potential interference with everyday activities can depend on the particular anesthetic approach used and the effectiveness of psychological support addressing anxiety, fears, and loss of control in patients [11]. Thus, precautions must be taken prior to and following the operation to prevent neurological complications and aid in a quick recovery.

Contemporary awake craniotomy’s usage of intraoperative mapping, electrical stimulation, and reduced anesthesia have tremendously evolved since the Renaissance era. From initially using handheld drills and tools to treat epilepsy patients, now surgeons can use newer technologies to perform 3-D brain mapping and locate critical brain areas to remove tumors and treat seizures. Research on awake craniotomy itself has slightly tapered off since it was first established as an important modern neurosurgical technique, but still remains a topic of great interest for many scientists and doctors.

The risks that accompany awake craniotomy are largely encompassed by those of general brain surgery, but with cooperation and careful work of the surgeons and anesthesiologists, the procedure can be safe and effective in reducing the patient’s distress and facilitating earlier hospital discharge [1]. Awake craniotomy is a complex technique, but it has been shown to better maximize tumor removals and preserve our most important brain functions. Of course, the interventions that can combat potential risks -- different anesthetic techniques, psychological support, and consistent care -- are all concerns that surgeons must also address, on top of their own comfort and experience with the procedure itself. Regardless, like all brain procedures, more research, exploration, and work must be done to find better surgical outcomes, minimize postoperative neurological deficits, and improve patient experiences.

Beyond its uses for neurological conditions, brain tumors, and epilepsy, conscious brain surgery’s potential applications towards neurotechnology and psychosurgery are ever-expanding. Whether awake surgery will be used to perform future AI brain chip insertions or to treat psychiatric and mental disorders, awake craniotomies have tremendous potential to improve people’s lives. Nevertheless, neurosurgeons, engineers, and scientists must grapple with the risks, dangers, and ethical questions that may arise with its further development and applications. 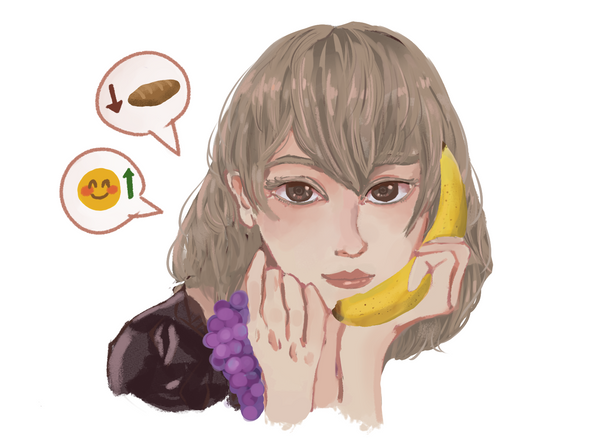 Most people are familiar with the concept of eating better to feel better. You are what you eat after all. This takes on new meaning when considering the integral connection of gut health and brain health. What you eat affects your gut health, which affects your brain function. 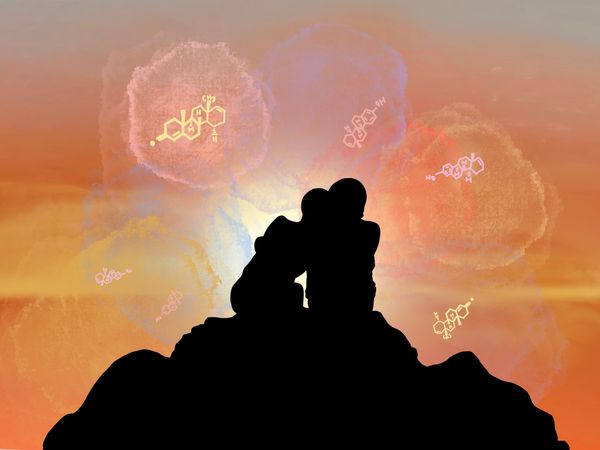 It isn’t uncommon to see marketing for fragrances and deodorants that do not show the product or its features.