Research on remotely controlling the brain has been going on for awhile now, and has recently advanced to staggering heights.

In 2002, a team at State University of New York implanted stimulating electrodes into rat brains in order to guide their behavior. The person running the experiment would use a laptop to send a signal which, after some training, would tell the animal which way it should turn in order to navigate a course.

In 2005, Karl Deisseroth led researchers to develop the field of optogenetics as a means of regulating brain activity. Optogenetics uses special light sensitive genetic implants from microorganisms that act as switches for modulating brain activity when exposed to a certain wavelength of light. These advancements paved the way for the use of fiber optic cables to control free moving specimens and gather data on the electrical environment of the cable.

Just last year a company named Kendall Research developed a wireless router that can be implanted in a mouse brain, which, using the principles of optogenetics, enables researchers to remotely run an experiment from a computer.

This year, however, the ante was upped as a group of researchers from UW devised a way to communicate brain-to-brain over the internet.

In the experiment, one researcher was able to control the hand of another who was sitting across campus. The person in control, the “sender”, is able to see what is going on in a game and can move their right hand, which sends a signal to the “receiver”, who is playing the game but cannot see the screen. The signal stimulates the receiver to involuntarily move their hand, which causes them to play the game by clicking a button.

For more insights into ways technology and the brain are becoming intertwined, check out the article on Brain Computer Interfaces and the videos on Transcranial Magnetic Stimulation. 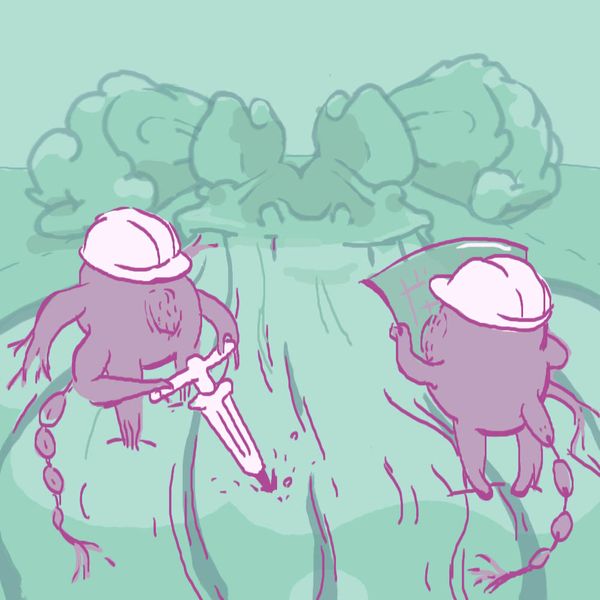 Although it does not hold true for all circumstances, the theory of a brain that exhibits modular localization of functions has been demonstrated in many studies. MRI and PET imaging techniques have been used to identify patterns in how the brain responds to behavior,