In 6th century Thessaly, the poet Simonides of Ceos is leaving a nobleman’s banquet hall after a rather unfortunate lyrical poem performance. As he steps outside, a loud crash echoes behind him. He turns around to witness the roof of the banquet hall caving in, crushing the guests under a pile of rubble. The deceased are so badly disfigured that relatives are unable to recognize their loved ones. It is then that Simonides speaks up, claiming he can identify the guests based on where they were sitting. The poet has seemingly stumbled onto a unique type of information recall: memory based on visual arrangement [7]. Today, the same memory technique is used by individuals like Gary Shang, who can memorize and recite up to 65,536 digits of pi, and Dominic O’Brien, who has won the World Memory Championships eight times. Such impressive feats raise the question of what is so neurologically distinct about individuals who are able to utilize this aptly named method of loci.

The method of loci is a memory technique that takes advantage of the brain’s ability to manipulate spatial information. What distinguishes this method is its integration of multiple memory techniques, such as visualization, association, and organization of information. Users of the method of loci construct a mental map based on a familiar location, like their apartment or neighborhood. By constructing personalized rooms within this mental location, the user can organize information that is visually associated to other thoughts or images. In a history room, for instance, one might find Napoleon Bonaparte handcuffed to actor Idris Elba as a reminder of the name of the island where Bonaparte was first exiled. As the user practices walking through these rooms and becoming more familiar with the “memory palace”, it presumably becomes easier to recall information quickly and in an organized fashion [1].

Over the years, a number of neuroscientists have attempted to explore the neurological underpinnings of the method of loci. In the early 2000’s, a group of World Memory Champion participants took part in a study conducted by neuroscientists from the UK. While testing the participants’ working memory, the researchers recorded changes in blood flow in the brain using fMRI, assuming that increased blood flow meant increased brain activity in that locus. The data showed an increased amount of activity in specific brain regions linked to learning associations, spatial memory, and navigation [2]. These findings support the participants’ claims of utilizing the method of loci due to the technique’s dependence on spatial memory and mental navigation.

In a similar neuroimaging study, researchers examined an individual who could recite the first digits of pi to over 65,000 decimal places [3]. An fMRI test was performed while the participant recited the first 560 digits of pi. The resulting data showed increased brain activity in regions involved in high-level executive functions and decision-related processes [4], along with working memory, cognitive flexibility, and planning [5]. The researchers then gave the participant a string of 100 random digits to remember and ran another fMRI test while the participant worked on remembering the numbers. The long-term memory encoding process of the random string of numbers appeared on fMRI data as increased activity of motor and visual association areas. Both neuroimaging studies thus suggest that spatial processing and visual processing/association are integral characteristics of the method of loci memory technique.

It is important to note, however, that these specific neuroimaging studies were conducted on individuals who were already known to possess great memory capabilities. There remains the question of whether ‘average’ individuals could achieve similar memory enhancement using the method of loci technique. In 2005, a group of Japanese researchers investigated a group of ‘average’ individuals who underwent an fMRI scan before and after they were taught the method of loci [6]. After training, the participants showed an overall improvement in information recall and increased activity in brain regions associated with attention processes and visualization when compared to their recall performance without the method of loci [3]. These findings suggest that the method of loci demands greater attention and processing of visual information from the brain, which may account for the increase in memory performance.

Though it seems that some people posses supernatural memories, a closer look shows that the major difference between the information recall of an average individual and a World Memory Champion is simply technique. Indeed, the participants in these studies did not show higher than average intelligence, nor did they possess any unique neuroanatomical structures. The method of loci therefore seems to rely on an individual’s ability to integrate information from areas of the brain involved in visualization, association, and organization of information, which can be enhanced with training. While the intricacies of this technique’s molecular framework remain unknown, perhaps the method of loci can act as a gateway to furthering our understanding of memory and information recall.

Hello Neuroscience Enthusiasts, Spring is here! Let’s celebrate the sunshine and cherry blossoms by geeking out about the brain. Grey Matters is an undergraduate neuroscience journal whose mission is to enhance public understanding, grow the neuroscience community, and develop accomplished science communicators. You 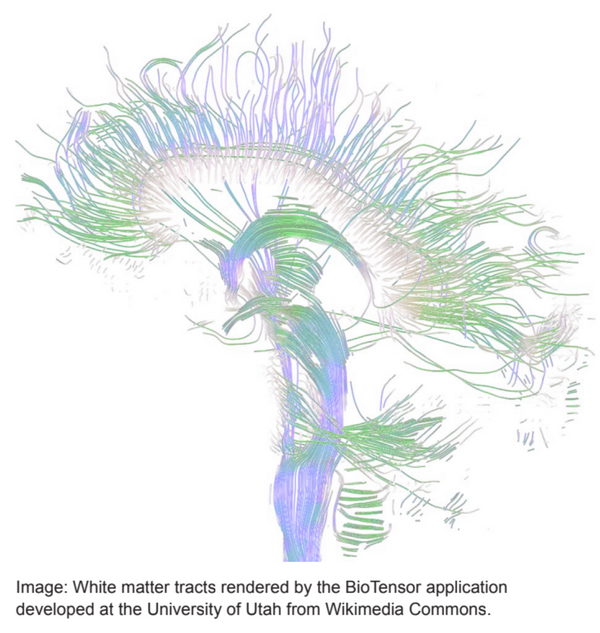 Just last month, a study was published in JAMA Pediatrics that took a new approach to studying the neurological effects of long-term early childhood neglect. Unlike previous studies conducted on