Breath control has been used as a tool for modulating brain activity for over 5,000 years. Practitioners of yoga and other forms of meditation have been consciously altering their breathing patterns and noticing psychological benefits since before modern science found connections between the nervous system and the lungs [1]. Today, you might hear phrases like “deep breaths, you’ve got this,” said to reassure, or see media depictions of people hyperventilating into paper bags because they are stressed. Even Navy SEALs are trained to slow and deepen their breathing to improve calmness during stressful combat situations [2]. You have already practiced one breathing technique known as box breathing, with roots in ancient yoga and current applications in Navy SEAL training. Therapists are increasingly incorporating mindfulness practices centered around breath control into their treatments, and have seen profound changes in the ability of their patients to manage anxiety.

For hundreds of years, people have known that breathing is essential for the survival of many species. Nearly every cell in the human body needs oxygen to live and function normally, and inhalation is what supplies this vital resource to our cells. When a person inhales, oxygen is delivered to red blood cells and pumped throughout the body’s circulatory system by the heart. The fact that humans can breathe both consciously (e.g. taking a deep breath) and unconsciously (e.g. while sleeping) implies that the brain plays a role in controlling the breathing process. Much of the past research into this neural-respiratory relationship has focused on how the brain signals to the lungs. Recent research, however, has demonstrated that breathing may also signal back to the brain, activating different areas with different breath patterns. This may explain the calming effects of yoga and meditation, the function of hyperventilating during anxiety attacks, and even give clues about how to treat poorly-understood phenomena like Sudden Infant Death Syndrome.

The pons and medulla are two areas of the brain that are key in controlling breath patterns [3]. They are often together referred to as the respiratory center of the brain, and are located in the brainstem just above the spinal cord. Scientists have shown that signals from neurons in the pons and medulla can trigger muscles in the lungs to contract and relax, causing the expansion and compression responsible for breathing. Additionally, these brain regions respond to changes in blood pH caused by an imbalance of gases in the bloodstream, such as a lack of oxygen. As red blood cells circulate throughout the body, they carry oxygen from the lungs to the other cells. But they also move carbon dioxide, a waste product from cellular respiration, back to the lungs to be exhaled. When too much carbon dioxide is present in the blood, like when someone holds in their breath, it reacts with water in the bloodstream, making the blood slightly acidic. This change in pH is detected by receptors that excite neurons in the pons and medulla. Once the neurons are excited, they signal to the lungs and the person exhales, releasing the carbon dioxide and restoring the balance of gases.

Thirty years ago, scientists discovered a bundle of neurons in the medulla that seemed to be critical for the generation of rhythmic breathing patterns [4]. But exactly how this bundle regulates breathing patterns has been a topic of uncertainty in the neural-respiratory scientific community since. Recent computer-based models have allowed researchers to estimate how neurons in the brain may be sending signals to the circulatory system and vice versa [3]. They recreated real breathing patterns by varying the activities of various ion channels known to be located on the neurons present in the bundle. The most-accurate model had one ion channel dictating the    rhythm    of signals sent, and a separate ion channel controlling the    amplitude    , or strength, of the signals [3]. This demonstrates that respiratory signals likely have separate control systems for their rhythmic behavior and their strength. These models do not yet explain how the regular, rhythmic signals to breathe can be overridden by conscious thought alone.

Effects of Breathing in the Brain

Because the brain sends and receives messages in the form of electrical signals, brain activity can be measured by recording electrical activity over time. This activity is often broken down into consistent, patterned oscillations, or    brain waves    . Brain waves are categorized by their frequency, and different types of waves are associated with different behaviors. When an individual is asleep, for example, researchers can infer the stages of the sleep cycle by measuring changes in the predominant types of brain wave present [5]. Gamma waves, observed in high-level brain areas involved in complex thought and emotional processing in humans, were, for a long time, thought to be random fluctuations [6]. It was only within the past three years that researchers discovered that this seemingly-random brain wave activity actually correlates to the rhythm of the respiratory cycle [7]. When researchers measured the gamma wave activity in these high-level areas while measuring respiration patterns, they observed synchronization between the two rhythms. Because the higher-order thinking and emotional processing unique to humans can be affected by our breathing patterns, this neural-respiratory link is thought to be a highly evolved system [7].

In pursuit of the molecular mechanisms driving these higher-order processes, researchers at Stanford dove deeper into the activity of the neurons in the medulla involved in breathing patterns [8]. They found a subpopulation of neurons in the medulla that they believe are  responsible for the essential connection between respiration, behavioral changes, and altered brain wave activity. The neurons, called Cdh9/Dbx1 neurons, project from the medulla to a specific area in the pons region of the respiratory center. This area of the pons has long been thought to be involved in controlling arousal behaviors, which are most prominent during periods of increased stress, panic episodes, and sleep-to-wake transitions. In mouse experiments, eliminating these Cdh/Dbx1 neurons changed the breathing patterns to induce slower, longer breaths. More crucially, the removal also eliminated the behaviors normally associated with aroused breathing fluctuations. This increased the length and frequency of calm episodes in the mice. Inactivating these neurons during a mouse’s panic episode eliminated the normal respiratory symptoms of panic (faster, shallower breathing)    and    other physical signs of panicked behavior (shaking, chewing, and hyperactivity). This study demonstrates how these neurons may normally assist in mobilizing a stress response, and thus may play an important role in our innate defense systems. Because of this observed link in mice, these neurons are now being investigated as a potential target for the treatment of anxiety and stress disorders in humans. Additionally, due to the implication of these same neurons in the wake-to-sleep transition, scientists are also exploring the potential role of the Cdh9/Dbx1 neurons in the not-yet-understood Sudden Infant Death Syndrome (SIDS), where seemingly healthy babies die suddenly in their sleep [8, 9]. Since these neurological behaviors and disorders are ultimately rooted in the respiratory system and its neural substrates, understanding this breathing-brain connection will be critical in the future development of treatments [8].

Other studies have suggested that, because the nose is involved in breathing, breath patterns may also be involved in smell and its role in forming memories [10]. Olfactory neurons from the nose extend directly into the brain. When they detect an odor, these neurons activate brain regions suspected to be directly involved with emotion and memory formation. Because of this, scientists hypothesize that breath rate and depth are linked to the processes of emotion identification, memory formation, and memory retrieval. As the researchers predicted, the regions of the brain receiving input from the olfactory neurons demonstrate the same respiration-synchronized brain wave activity seen in other higher processing areas. Interestingly, they also found that emotion-processing time was faster and more accurate when breathing through the nose rather than the mouth. There was also a significant improvement in the ability to form and recall memories if participants breathed through their noses and mouths instead of their mouths only. This implication of the olfactory system is critical in illuminating the link between breathing and higher-order thinking. The researchers posited that these observations are due to the respiration-synchronized brain wave activity  [6, 10].

Interestingly, because of the intricate connection between the respiratory and circulatory system, several studies have proposed that the mechanism of breath control might be to affect neural activity via modulating heart rate [11]. This is because there are pressure-sensing receptors on the arteries that track the flow of blood through the heart and then send this information to the medulla. It was recently discovered that breathing rate controls the sensitivity of these receptors. This means that differences in breathing, such as in high versus low stress situations, can regulate the strength of the signals sent from the heart to the brain, and therefore also adjust the resultant neural activity that controls emotional state [11].

Brain activity being linked to respiratory and cardiovascular behavior may be beneficial because responses to different situations may induce specific respiratory and cardiovascular changes that enable organisms to react with different behaviors [11]. In one study, participants had their respiratory, cardiovascular, and neural activity measured when in a stressed (low oxygen) versus non-stressed (adequate oxygen) state. The stressed state resulted in increased breathing rate (hyperventilation), decreased pressure-receptor sensitivity, and increased activity in brain structures strongly implicated in fear and anxiety responses. These areas are crucial in processing and reacting appropriately to stressful situations. For example, the amygdala shows increased activity when people try to process frightening situations; the visual cortices activate in response to perceived threats, possibly as a way to increase threat-sensing abilities; and early activation of the motor cortex is seen in people preparing to perform a physical action [11]. The fact that the same regions of the brain associated with defensive behaviors change their activity in response to varying levels of oxygen demonstrates another reason why understanding the neural-respiratory link is so important. A change in respiratory behavior that is associated with danger could trigger an appropriate brain response, priming a person to respond appropriately to the stressful situation.

As scientific technology continues to progress, answering questions about the link between behavior and breathing will become easier. Already, the advent of biological modelling software has proven beneficial in elucidating the potential mechanisms underlying the brain’s control of breath rate and depth. Research on the inverse relationship – how breath rate and depth control neural activity and resultant behaviors – is rapidly gaining traction. Illuminating the details of this relationship could help scientists paint a more accurate picture of respiration, beyond the normal explanation of gas acquisition and transfer. It could also someday lead to the innovation of critical therapeutic products treating issues from anxiety to psychosis, and even Sudden Infant Death Syndrome – all associated with breathing pattern abnormalities. 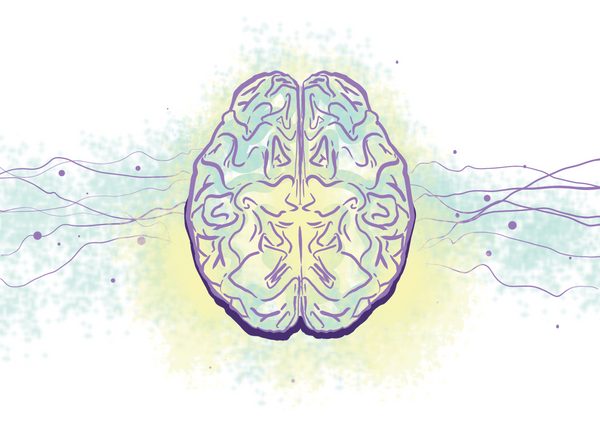 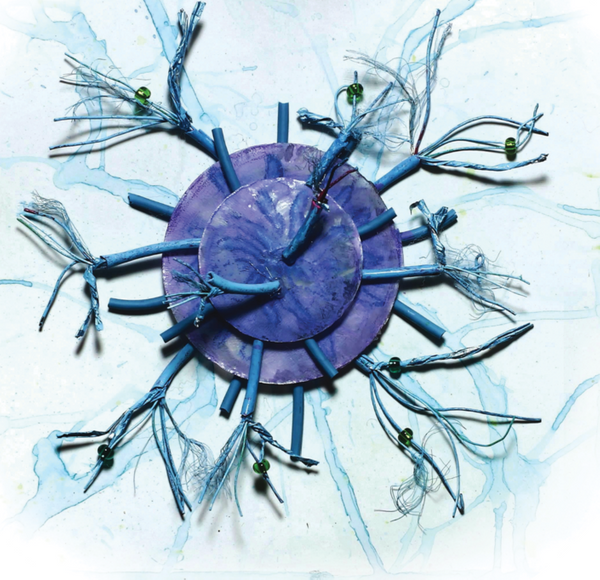 Our immune system is perhaps one of the most important evolutionary benefits granted to us; our body’s ability to defend against infection and disease is one of the reasons